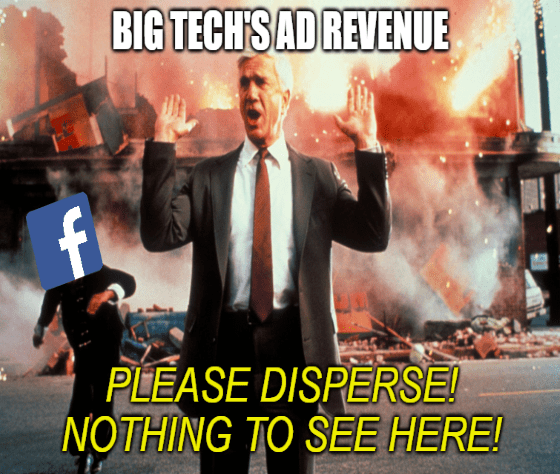 Don’t you love the smell of Big Tech earnings in the morning?

And oh what a smell is comin’ from whatever Wall Street is cooking up this week. I say “smell,” but it’s more like a rotten, decayed odor emanating from the earnings confessional.

Remember last week when we said the best part of looking for peak pessimism … is that there’s always room for more pessimism?

One of these things is not like the others…

I know, I know, Pinterest is a far cry from Google-levels of Big Tech, but riddle me this, Great Ones: What connects those four names? What’s their lifeblood … their digital bread and butter? Their golden goose and other assorted metaphors?

Analysts are panicking about ad spending taking a hit this earnings season. And for as much as Google, Facebook et al. freaked out about declines in ad spending earlier this year, they ain’t seen nothin’ yet, like BTO.

If Snapchat’s earnings last week are anything to go by … the ad-pocalypse may finally be here … like, now.

The end of the world didn’t start with an earthquake — R.E.M. lied to us both — but it did start with a snap. Specifically, the sound of SNAP stock getting a 30% haircut last week after, you guessed it, the company declined to give guidance … again.

Seriously, if you don’t remember the Snapchat parent’s trainwreck of a report last week, go back and rubberneck some more. It’s not great stuff for SNAP investors, but it is Great stuff, if you catch my schadenfreude-seeking drift.

On top of the horrid earnings figures, Snap reported that many of its advertising partners were lowering their marketing budgets due to “operating environment headwinds, inflation-driven cost pressures and rising costs of capital.”

If it’s all the same as it ever was in Snap land … what about those other ad-dollar-dependent techies? Why’s Wall Street so pessimistic about Google, Facebook and Amazon going into earnings?

The analysts over at UBS sum it up best:

Sentiment in the online advertising space has softened of late, with more anecdotes of budget cuts as well as advertisers holding back some budget in hopes of a 4Q flush.

Looking into ‘23, we think planning amidst this level of macro uncertainty sets the stage for below-consensus growth in ‘23, even if macro does not significantly deteriorate from here.

Well, well, well. How the turntables.

On one hand, we have businesses spending less on marketing and ad space, which means Google might rake in one less billion for the quarter. (Oh noes, the humanity!)

On the other hand, the rate of those spending decreases is so uncertain that for Big Tech companies to give guidance right now would be setting themselves up for failure down the line, regardless of if macro conditions get worse or not. Set the earnings bar too high and you’re doomed in Wall Street’s eyes.

So what you’re saying is Snap was right all along for not giving guidance?

Well that’s the thing: Snap can still disappoint Wall Street’s guidance, even if it’s not offering up any guidance of its own. But hey, that’s Snap … the company can’t even monetize its user base in the best of market conditions, let alone in a full-blown recession.

If advertisers with limited budgets have to choose which platform they’re going to market on … it’s not gonna be Snapchat, I’ll tell you that. It’s Facebook, Google or maybe TikTok. 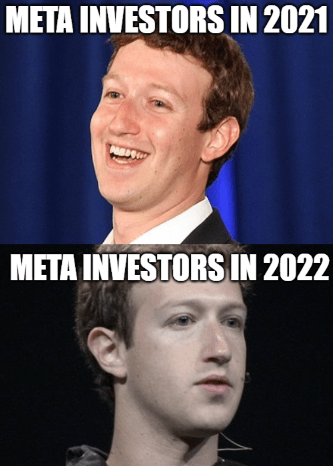 Yet not even Meta is safe from the ad-spending apocalypse jitters that have been shaking social media stocks. And certain Meta investors aren’t hanging around for the report to see how bad the damage is — they’re demanding action. Right here, right meow.

Altimeter Capital, which owns about 2 million META shares, just hit the Facebook company with an open letter. The demands? Putting the lotion in the basket — wait, no, wrong demands.

Altimeter is actually demanding that Meta cut headcount expenses by 20%, limit the amount of money (and effort) going into the metaverse … and just focus on the social media platforms. You know, what actually makes Meta money? *Cough* Not you, Oculus. *Cough*

It’s almost as if … we’ve mentioned this exact thing before? A couple weeks ago when Zuckerberg could barely get himself hyped up about the company’s new VR hardware, let alone consumers and investors.

Meta’s dropping upward of $10 billion a year on technology for a metaverse that’s still years down the road, all while it’s losing ad dollars and user engagement. Ain’t nobody got time for that this earnings season.

If you’re invested in Big Tech that’s dependent on advertisers’ dolla dolla bills … keep an eye out this week as those companies report. The ad-pocalypse might be underway by the time you read this.

Lucky for you, Wall Street legend Ian King is no stranger to making a bear market fortune.

He turned $350,000 into over $6 million during the worst 19-month stretch of the 2008 financial crisis. Now he’s revealing his best strategy to pinpoint stocks capable of soaring 100% or more in the next year.

If you have any thoughts on today’s Great Stuff, hit us up in the ol’ inbox: GreatStuffToday@BanyanHill.com is where you can reach us best. 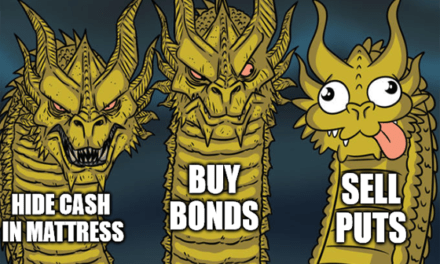 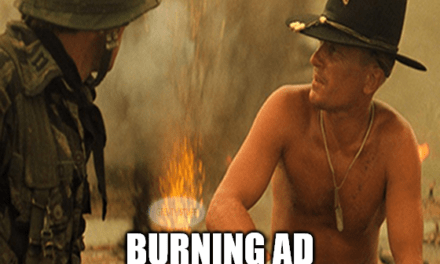