Marijuana’s First U.S. IPO: Planting The Seed for The Future

I’m sure plenty of investors were wondering: Did I miss out? Should I get in now? Is this just the beginning?

I knew what to do, though.

I’d reached out to our natural resources expert, Matt Badiali, early last week to get his thoughts on the IPO.

Matt’s my go-to on commodities.

He’s not one to shy away from controversial opportunities like the one in Tilray.

In fact, he traveled to Portland, Oregon, earlier this year to visit growers and dispensaries in his research on the marijuana industry.

But he advised against investing in Tilray right away, no matter how exciting this opportunity is in the long term.

“I’m always leery about IPOs. So many of those spikes are based on the hype, not the company itself.”

But the euphoria didn’t last. Shares began to fall on the third day. It took less than four months for Snap to fall back down to $17.

Investors who bought on the hype lost as much as two-thirds of their investment.

Even those lucky enough to buy at $17 saw their initial gains wiped away. Now the stock languishes around $13.

So how do we separate the Googles from the Snaps at such an early stage?

Well, investors who got in years after Google’s IPO still made plenty of money.

Smart investors might be better off letting the hype die down. Wait until we have some data to review after the IPO, then consider a position.

And if you don’t know how to analyze data, let an expert do it for you. Matt Badiali recently recommended five marijuana stocks that he’s convinced will soar by quadruple digits.

He tells me he’ll be watching Tilray. If it looks like a good buy, he’ll let his readers know the perfect time to get in. 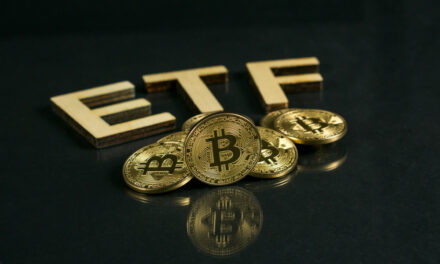 The New Bitcoin ETF Is Great News for Crypto