I love this quote from a recent Reuters story…

“We used to send these [gold coins] out by the box,” said the Royal Mint’s bullion sales director. “Now we ship them out by the pallet.”

We seem to have forgotten about gold in the U.S., where the U.S. Mint saw a 46% decline in bullion coin sales in the first four months of the year.

But in the U.K. they can’t buy enough of the stuff.

In April, the Royal Mint said gold sales jumped by 20% for the first quarter of the year. Most of that gain came in March, when sales soared more than 200%. According to Bloomberg, the sales rise was attributed largely to “worries over political instability” amid Britain’s ongoing Brexit talks.

But the Bloomberg article misses the bigger story — one we preach here on a regular basis about a now-forgotten reason to own gold: as protection against rising inflation.

The reason? Britain’s politicians may have only just started negotiating the nation’s departure from the European Union, but speculators and businesses have already placed their bets by selling pounds. As a result, Britons found that a great many goods and services — from food, clothing and furniture to airfares, eating out and home prices — all took an upward lurch.

That may be bad news for “Keep Calm and Carry On” British consumers, but it’s been a lightning bolt for sales at the Royal Mint. Gold-savvy buyers are queuing up for their share of the yellow metal. According to Reuters, bullion purchases were up by half again in February alone, compared to year-ago levels. 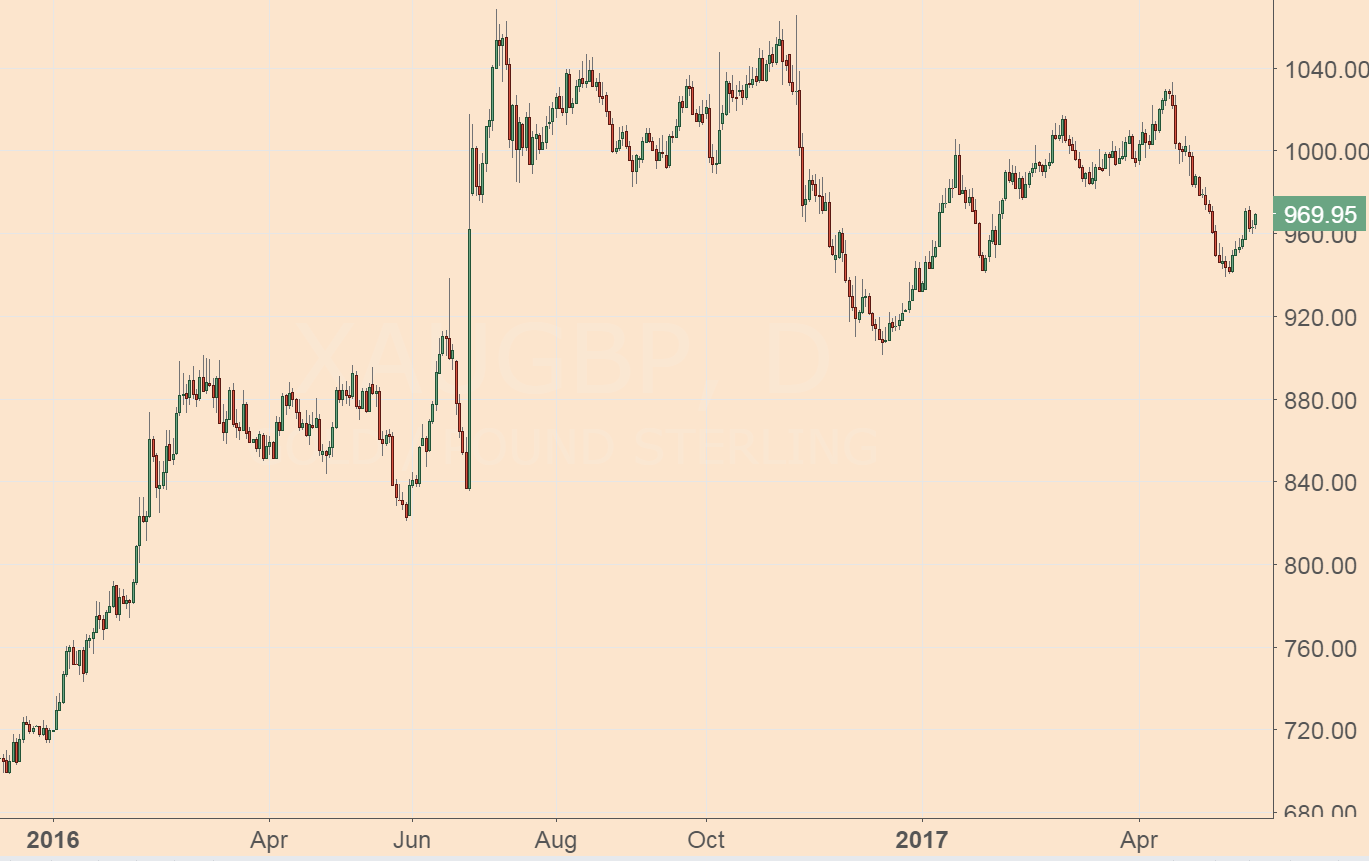 Priced in pound sterling, gold prices are up nearly 30% since the start of 2016. In the first three months of 2017, bullion was up 10% (though a sharp correction in April brought the year’s gain to a more modest 4% so far). Either way, there are lots of happy gold buyers in the U.K.

What lesson can we draw from this?

With gold prices down more than 30% from their highs of 2011, this is one kind of insurance that’s cheaper to buy. If you care about having a truly diversified portfolio, one with some physical gold (and yes, some well-chosen gold mining companies) will more than justify itself in the event of the unexpected.

P.S. In over 30 years as an economist, James Dale Davidson has predicted some of the biggest economic and geopolitical events in our lifetime, but he’s never been more confident than he is now about what’s to come: a collapse that will trigger the most violent economic reversal America has ever witnessed. And while this imminent collapse is unavoidable, there are practical ways to prepare — at this very moment — so that you can stay safe … and even prosper. Click here to see how you can take action today to protect everything you have worked so hard for.