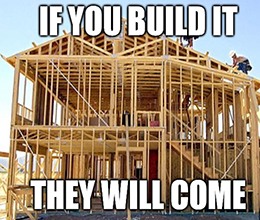 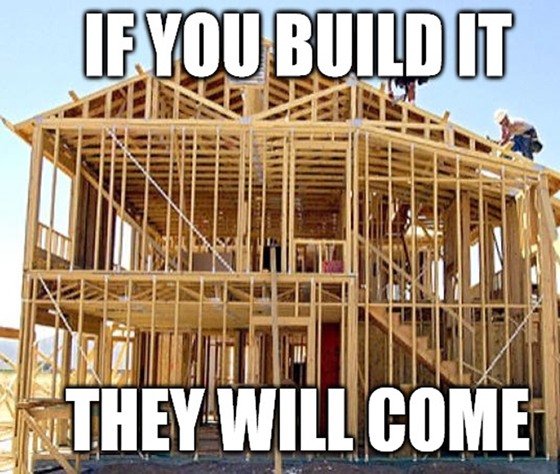 Our House, in the Middle of Wall Street

Stay-at-home stocks are quite profitable this year. But unless you’re one of the Sultans of Swing trading, it’s been quite the bumpy ride — especially now that Wall Street has vaccine fever.

There are solutions to this Mylanta-infused volatility … and they don’t include more cowbell. OK, they do. But cowbell alone won’t help your portfolio. Blasphemy!

You can always attempt to swing with the sinners. But if your timing isn’t spot on, you’ll end up crying with the saints. Sure, the sinners are much more fun, but it’s a quick way to find out that Billy Joel lied … it isn’t only the good who die young.

So, where’s a good investor turn? One of the most overlooked sectors: housing.

Housing has been one of the most stable plays on the market this year. Yes, it’s boring, but that’s the point: boring, solid, stable returns. If you’re retired, this is exactly what you want.

Growth in the housing sector is impressive this year. In a normal year, this housing boom would be the talk of the town. According to the just-released S&P CoreLogic Case-Shiller U.S. National Home Price NSA Index — say that three times fast — home prices soared 7% in September.

Jinx! You just jinxed it!

Facts are facts. And this time is different … though I’m sure you’ve heard that before.

Look at it this way; the economy was already booming back in 2006. Now, the economy is limping along. Back in 2006, there was no promise of stimulus or excessive economic growth on the horizon. Now, we’ve got massive growth to look forward to and solid potential for stimulus in the form of COVID-19 aid packages.

Right now, the growth potential for the housing market is more akin to 2009 than 2006. And this time, the economic turnaround will be much faster.

But many of us overlook another point in the housing sector’s favor: the stay-at-home market.

While the current work-from-home situation spawned from the pandemic, it will stick around for much longer. There are cost savings and flexibility for both employers and employees, and neither side will likely give those up easily.

In this new normal work environment, the home is now more important than ever, driving many to take advantage of low rates and upgrade their work-from-home offices … aka their houses.

So, how do I invest in this booming housing market?

I’m glad you asked! You can go off on your own and buy housing stocks like KB Home, Toll Brothers and the lot. Or you can get even more boring and buy into the SPDR S&P Homebuilders ETF (NYSE: XHB).

But it just so happens I know a guy with an amazing strategy for just this situation — a unique way to play the massive housing boom. Just without, you know, any of those house-flipping shenanigans.

Dreaming of becoming the first Robinhood land baron on your street?

Click here to find out how to make those dreams a reality!

Good: Must Be Jelly… 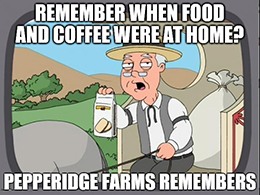 Let’s continue our at-home motif a bit longer, shall we?

J.M. Smucker Co. (NYSE: SJM) reported that earnings rose 9.3% in the fiscal second quarter on sales that climbed 4% to $2.03 billion. Earnings per share were $2.39, blowing past the consensus estimate for $2.23 per share.

That’s not Big Tech growth, but it’s pretty stellar for a company that sells jam, snacks and coffee. Furthermore, Smucker raised its 2021 guidance due to “strong demand for at-home coffee and food.”

At-home coffee and food? I know this likely refers to Smucker’s restaurant and food services business … but back in my day, at-home was just where the food and coffee were. I digress… 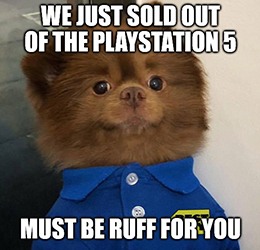 Best Buy (NYSE: BBY) got punished today. The stock is down more than 5%, and it’s not because it ran out of PlayStation 5 consoles in seconds. No, I won’t let this go. (Editor’s Note: Trust me, he hasn’t…)

By all accounts, Best Buy reported blowout third-quarter results. Earnings per share came in at $2.06 versus the $1.70 expected. Revenue hit $11.85 billion, versus estimates for $11 billion. Same-store sales growth shot up 23% versus the 13.6% expected.

Adding to this litany of Street-beating figures, Best Buy also said that online sales skyrocketed 174% during the quarter.

But BBY shares fell more than 5% because the company did the unthinkable. Despite Wall Street’s vaccine hopes and quick-rebound dreams, Best Buy didn’t offer guidance for the holiday shopping period due to the pandemic.

“We believe our Q4 sales growth will be positive, but we don’t expect sales trends to remain at the levels we experienced during Q3,” said Chief Financial Officer Matt Bilunas.

Once again, we have a company being cautious about real-world problems, and Wall Street doles out punishment. If anything, Best Buy should see a tailwind — especially in online shopping — as more states re-enter lockdown.

If you wanted an entry point for a bullish BBY position, the market just handed you one today.

Best: Under My Ambarella Ella Ella 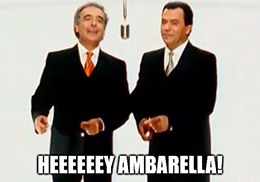 In case you didn’t know, Ambarella makes cameras on a chip. The company’s video- and image-processing chips are critical to mobile and smartphone cameras, especially those HD cameras that are so popular on today’s smartphones.

If you need proof, just look at the Apple iPhone 12. That thing has three cameras, and Ambarella provides the chips.

Need more proof? Just look at the company’s third-quarter earnings report. Ambarella posted a profit of $0.09 per share on revenue of $56.1 million. Analysts expected earnings of $0.05 per share on sales of $54.1 million.

Even that’s easing up a bit, as the company boosted its fourth-quarter revenue outlook to between $56 million and $60 million, versus consensus expectations for $51.8 million.

I’m not saying to run out and buy AMBA right now. Let that post-earnings 13% rally settle a bit first. But once it does, AMBA could be one of next year’s biggest plays … especially if this vaccine thing works out.

Something concise? In Great Stuff?!

It’s more likely than you think.

Our Quote of the Week might be the shortest and most conversational quote from a CEO thus far. Overly dramatic much? Well … you tell me.

OK, but he’s a CEO, right? His job is to drum up business and make people want to buy LUV stock, right? It’s not like he’s the company’s main Oz behind the virus-control curtain, right? Kelly took a stab at flight and health safety anyway:

What is this, an attitude adjustment from Coach Conrad? It’s not what you do ON the field, you frivolous little so and so.

First, all this is irresponsible as hell. Worse, it’s painfully transparent. You and I both know the state the airlines are in. You and I also know that airlines aren’t that great at PR … usually. 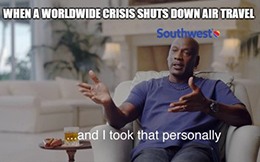 I know, I know, you’re already writing in. I’m not your pen pal, nor your health adviser, nor an epidemiologist myself.

But I do know when it’s painfully obvious a company is grinning through a grimace, bleeding cash like a stuck pig, with a balance sheet drier than a sunbaked saltine and no juicy stimulus in sight.

First, the push came to LUV when the airline asked employees if they, you know, wouldn’t mind a pay cut to continue the no-layoff streak while other airlines chose the scorched-earth route. (It didn’t work out, by the way.)

Father Foresight over here should also worry about February … and March … and April. And every month until we have a vaccine rollout with enough distribution to make fliers confident enough to jet set here, there and everywhere.

Unless the world decides, “Well, $&%* it, I’m still flying” sans vaccine, LUV has much more to push through ahead.

I’m not out to steer, jeer or interfere with your personal opinions on flying, by the way. But we do want to know what you think…

Would you feel safe enough to fly tomorrow? Is the Southwest CEO bold and brash with his marketing? Or do you think he’s “keeping it real?” Which airlines do you kinda hope don’t hang on? What’s the airspeed velocity of an unladen swallow?

Thanks for tuning in to another Tuesday, another shot at Greatness. What’s on your mind as the market continues to shoot zip, zoom to the moon? What stocks are you holding on to … or cashing out?

Hit us up anytime the ranting muse strikes you. GreatStuffToday@BanyanHill.com is where you (yes, you) can make your dent on that thing we call “Reader Feedback.” We’d love to hear from you! 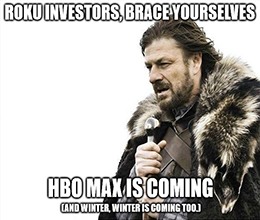 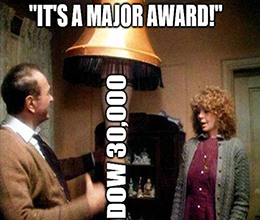