The Junior Mining Sector Will Skyrocket When Gold Climbs 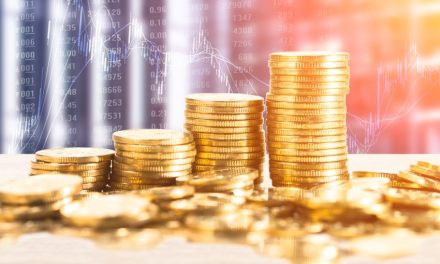 We enjoy watching the countries compete.

When teams carry nations on their shoulders, the stakes are high.

I noticed a difference between the European and the African soccer teams.

European teams control the ball with accurate passing and calculated shots on goal.

African teams rely on bursts of power and speed.

It’s fun to watch Germany’s skilled players score a goal, but it’s exciting when Nigeria powers one in.

I see a similar dynamic in the mining sector … and it gives us the opportunity to buy mining companies that are more like the Nigerian soccer team: The ride is fun to watch, and the win is exciting.

Junior Gold Miners: What You Need to Know

Junior mining companies, on the other hand, are exploration companies that rely on financing in order to mine.

When you find the right junior mining company, get ready for the thrilling win.

Gold prices are on the move. Now is the time to scout out explosive investments in junior mining companies.

But the GDXJ index of junior mining companies skyrocketed 154%.

My colleague Matt Badiali uncovers the most promising investments in small-cap companies — including junior miners — in his Front Line Profits service.

But he’ll be the first to tell you great reward comes with great risk.

But you can manage these risks and capitalize on the explosiveness of these junior miners.

4 Factors Will Affect the Gold Price

Gold is a natural resource. Changes in its supply and demand can influence the price of gold.

But in this case, supply and demand are more important for mining companies than for the metal.

A cycle of low prices in the yellow metal has led to lower production from gold miners.

Except for a six-month window in 2016, the mining sector has been in a bear market since 2011.

But that will change as the price of gold rises. Mining companies will benefit, investors will perk up and stock prices will rise.

Gold has climbed more than 4% since the end of May. And there are good reasons to expect it will push even higher in the months ahead:

The Federal Reserve suspended its rate hikes. Inflation faded before it began to rise again. The economy was running toward a recession. And the U.S. dollar was about to drop.

GDXJ: A Fund With Triple-Digit Potential

I remember it well.

I could throw a dart at a list of gold stocks, buy some call options and make triple digits every two or three weeks.

An exchange-traded fund (ETF) that tracks an index of major mining companies rose 60% in those 18 months.

Imagine what an ETF that tracks an index of junior mining companies would have done during that stretch.

The VanEck Vectors Junior Gold Miners ETF (NYSE: GDXJ) didn’t launch until November 2009. But it rose as much as 70% before gold’s bull market ended about 18 months later.

Kinross Gold Corp., B2Gold Corp. and Yamana Gold Inc. are some of the ETF’s top holdings.

If investing is like the FIFA World Cup, now is the time to invest in the exciting, fun-to-watch team: junior miners.

Consider buying GDXJ. It offers the power and speed of junior miners without the company-specific risk of individual stocks. It could double by the first quarter of 2020.