Innovative Cannabis Products Will Lead the Market — 2 Ways to Profit 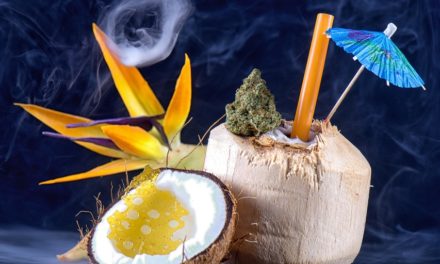 The cannabis sector is falling — but informed investors should see this as an opportunity.

Pot stocks have eased lower in the past three months. The Horizons Marijuana Life Sciences Index exchange-traded fund, which tracks a basket of Canadian producers, fell 16%.

Its U.S. counterpart, HMUS, fell 25% during the same time.

The volatility in marijuana stocks can be stomach-churning. But we saw similar moves last year. And they led to huge gains for our readers.

That’s because many investors get distracted when a “hot” sector slows down. But we take the long view. Moments like this are an opportunity to build a position for the next rally.

Let’s take a look at why shares are down. And what catalysts we see that will trigger the next surge in pot stocks.

The Slowdown in the Cannabis Sector

There is a saying on Wall Street: “Sell in May and go away.”

Nowhere is this truer than in the junior mining sector. This group of prospectors and explorers does most of its drilling during the summer months. Results from summer drilling don’t start rolling in until fall.

Without news to drive excitement about these little companies, shares tend to slip through the summer months. Investors get impatient and look for more exciting investments elsewhere.

The latest round of earnings reports confirmed that the marijuana business is going to take time to mature. In Canada, logistics and some slow rollout hampered sales.

In Canada’s most populous province, Ontario, physical shops opened in April. There are only 15 shops serving a population of 14.3 million. That’s well short of the thousands of shops needed to serve this market.

States are opting for a tightly controlled, slow rollout. In Ohio, about 50% of the 42,000 newly registered marijuana patients haven’t purchased cannabis from a state dispensary.

Despite the risk, many are opting to buy in Michigan, where dispensaries are more abundant and prices are lower.

To put it simply, the best marijuana companies are hard at work right now. While this may not make for exciting investing, it gives an opportunity to find the best-run operations.

We can look at news releases for efforts that are in the works but haven’t paid off yet.

Canopy Growth Corp. and Hexo Corp. are both on track to have cannabis-infused drinks ready by December. That’s the earliest that Canada will allow these products.

Even more producers are preparing for the legalization of derivatives in October. Canopy Growth, Hexo, Cronos Group and Tilray all have long-term agreements with extractors.

Extractors pull the THC and CBD components from cannabis. CBD doesn’t create the “high” feeling that THC does. Producers then refine this “crude” cannabis oil for use in vape pens, edibles and gel capsules.

This shift in consumption, coupled with the opening of more dispensaries, will cause sales of cannabis-derived products to skyrocket.

The big producers developing products and building supply will have a huge advantage over smaller producers that are still trying to make their growhouses operational.

The U.S. has its catalysts too. But we don’t have the advantage of federal legalization.

The Food and Drug Administration (FDA) is reviewing the use of CBD in food and drinks. Mondelez International, the maker of popular brands like Oreos and Chips Ahoy, hinted at adding CBD lines of snacks once legal. It’s likely that most large packaged food brands are considering similar moves.

Once we see signs that the FDA is open to allowing CBD in foods and drinks, there will be a race for big brands to partner up with hemp and CBD producers.

The ultimate catalyst for a surge in pot stocks is a credible move toward full legalization in the U.S.

A total of 34 states have legalized medical or recreational marijuana. Congressmen like Mitch McConnell who once opposed cannabis are now championing the legalization of hemp and CBD.

Thirty-eight state attorneys general wrote to Congress in support of the Safe Banking Act to allow a legal framework for banks to do business with cannabis companies.

Investing in a broad market index fund will capture the next rally in marijuana stocks.

In the Real Wealth Strategist newsletter, we select the companies in a position to make deals with big brands and drive growth.