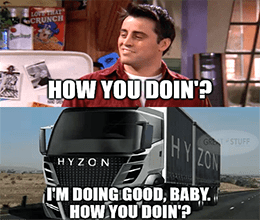 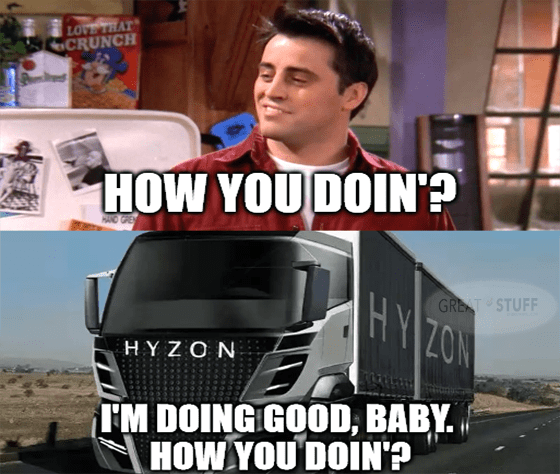 Friday Feedback: The “How You Doin’?” Edition

Welcome to Friday Feedback, Great Ones!

Yes, it’s that time again … time to dive into the Great Stuff mailbag and answer your biggest, brightest and strangest questions on investing, the stock market and whatever else you throw my way.

Seriously, anything goes, so drop us a line at GreatStuffToday@BanyanHill.com and fire away!

Now, I know quite a few of you have been waiting on pins and needles for me to comment on Hyzon, so let’s get right to it!

I enjoy reading your insights every day, and although I’m not an English native speaker, I find your colorful sarcasm hilarious and refreshing among the numerous newsletters I read.

I’m a true believer in the future of hydrogen fuel cells technology as part of the mobility sector, from EVs to electric planes and ships. Therefore, I started buying Hyzon Motors stocks after you recommended it and averaged down until the recent price of $6.

In October, some of the players in the sector, like Bloom Energy, Plug Power and FuelCell Energy have soared 70-110%, while Hyzon Motors continues its down trend.

I’ll appreciate your thoughts, what may be the reason that Hyzon Motors isn’t recovering.

Thanks for writing in, Elad. Welcome to Great Stuff! I’m glad you’re enjoying your stay.

Also, why is it that every time someone writes in “I’m not an English native speaker,” they have better grammar and spelling than native English speakers? Seriously, man, mad English skills there.

Anywho, while I’m sure you enjoy the praise over your English skills, that’s not why you’re here. You want to know about Hyzon Motors.

First, let’s briefly go over why HYZN hasn’t recovered like the rest of the alternative energy sector. And then, I’ll tell you why that won’t last much longer.

If you’ve read my take on Hyzon’s odyssey with Blue Orca Capital, you already have some idea of why HYZN stock isn’t trading like the rest of the alternative energy market.

The answer is short sellers … plural. It’s not just Blue Orca Capital targeting Hyzon Motors with false claims. There’s also Iceberg Research, which basically just said “Me too!” to everything Blue Orca published. I’m convinced neither short seller did their research … at all.

As you saw in my report on Blue Orca, all of these short seller claims are either outright factually incorrect — a simple look at SEC filings would’ve helped massively, guys — or extremely misleading.

But, as long as it’s legal, short sellers gonna short. And that shorting activity puts pressure on HYZN stock, preventing the shares from rallying.

What’s more, I know a lot of you use Yahoo! Finance for company and stock research.

It certainly doesn’t help that nearly all the articles showing up for Hyzon Motors are from Wall Street’s version of ambulance chasers. It’s a bunch of lawyers looking to make money from disgruntled HYZN stockholders … stockholders who are disgruntled largely because of short sellers.

But I have great news, everybody! Hyzon just reported third-quarter earnings this morning … and the results were exceptional.

Hyzon said it earned $32.4 million on the quarter, or $0.13 per share. Those are earnings attributable to Hyzon — we all already know that the company is getting help from its former parent to build out operations.

On an EBITDA basis — that’s earnings before interest, taxes and amortization — Hyzon lost $15 million. Operating expenses were $50.6 million and were broken down into $4.8 million in R&D with $44.8 million for “selling, general and administrative expenses.” 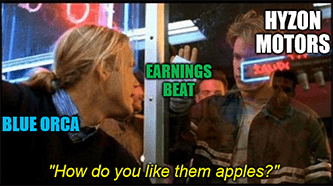 I typically don’t dive this deep into earnings reports here on Great Stuff. I mean, I do this research “offline,” so to speak, so you don’t have a flood of numbers filling your screen. Numbers are boring to read, after all.

And … if you were worried about cash, Hyzon is covered with $498 million on hand.

Those strong hands are starting to pay off, Elad! When the short sellers finally break, HYZN stock is gonna soar even higher. Mark my words.

Editor’s Note: The EV Story No One Is Talking About (YET)

One Nevada-based company holds the key to this exponential growth, supplying a critical material needed for almost every EV. Without it, the entire $700 billion EV revolution will stall out before it ever gets started.

Newbie readers, longtime Great Ones and super old-school Great Ones too … everyone got in on the Friday Feedback action this week!

Don’t kick yourself if you missed out, now. Just drop us a line in time for next Friday’s edition of Reader Feedback.

GreatStuffToday@BanyanHill.com. We’ll see you in the inbox!

First time writer and I sure do enjoy not only your stuff but the way you talk about your Great Stuff.

Anywho, RPTYU, a SPAC, has spun off AUROW and Aur. What I would like to know is, stock wise, what is AUROW? Even though it was spun off on the 4th, it did not start trading until today, the 11th. So again, just what is it? — Joseph S. 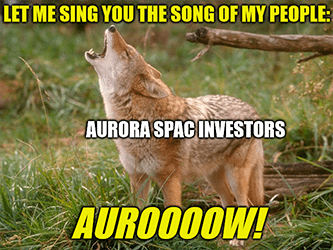 Thanks for writing in, Joseph! Really cool name, by the way. But then, I’m biased.

Aurora began trading on the Nasdaq under the ticker symbol AUR on November 4. But, as Joseph points out, there’s also another ticker symbol for Aurora: AUROW.

If AUR is the company’s official stock ticker, what in blue blazes is AUROW?

A warrant is a financial vehicle — or contract, or security or whatever you want to call it — that entitles the holder to buy the underlying stock at a certain price within a certain time frame. It’s kinda like a stock option … but not on crack.

Warrants are typically issued to early SPAC and IPO investors as incentives. They’re cheaper to buy than the actual stock, and rise and fall in value alongside the actual stock, but they have massive earnings potential if the stock they represent rallies following the initial offering.

Now, as a retail investor, you can go out and buy warrants like AUROW if you want … or if your brokerage allows you access. But before you do, you might want to check out FINRA’s 5 Tips to Avoid Missed Opportunities when it comes to warrants.

It’s a good read — a cool drink of water, such a sweet surprise — but there are no memes. Bummer. Anyway, Joseph, I hope that answers your question. Thanks again for writing in!

Still haven’t had your SPAC appetite satisfied? Hey, I don’t judge. Before you go start sleuthing out SPACs, click here!

I think the reality here is that people want to escape from it. Sorry, boys and girls! It is, like it or not, outside your window (residence? cave?) Short of adapting to various psychotic disorders, THE reality will always be there! 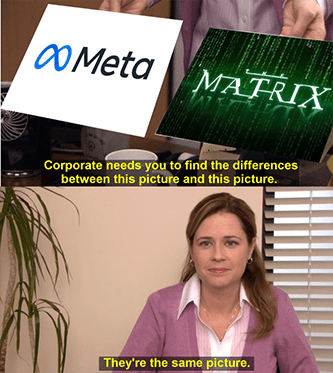 Rabbit holes — what are they good for? Absolutely everything! What happened that you suddenly got tired of the Matrix, eh, Bill?

You’re not the only one ditching the digital ether these days, ready to touch grass and check out that whole “outside world” thing that everyone’s talking about. Man, that place is weird. I tried the non-hermetic life once … not a fan.

I’ll keep this short, Bill, lest the teetotalers get antsy about my consumption again. Not tuberculosis, mind you — the other stuff. The fun stuff. The Greatest stuff. Chasing bunnies (or lemon spritzers) down the rabbit hole … and over to Alice’s Restaurant.

No Arlo Guthrie this week. Stop it! Stop it!

We humans and pre-humans have been escaping reality for as long as there’s been a reality to escape from. And now everyone’s jumping up and down for the chance to be our same boring selves online. Again.

I thought that’s what World Of Warcraft was for, anyway?

Joseph, your literary skills were nothing short of supreme today. Truly mind blowing. But what’s with the nonsensical double negative?

“A week in the real world is, like, a gazillion years in cybercrime land. That’s more than enough time for said interloper to sleuth around and steal whatever they want without going unnoticed.” 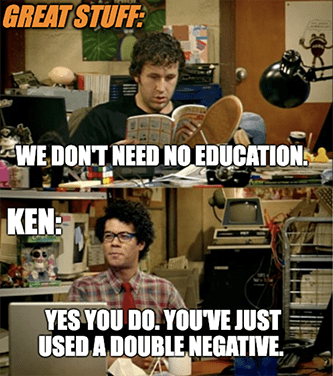 Man, would you look at this? Mike B, Bill in Germany, James S. in the inbox and now Ken B. Even Dick K. popped up this week … once. You’ve been quiet over there lately, Dick, what’s up? Someone force you back into the office?

Anyway, Ken, thanks for chiming in! Every time you chimed in, that is…

No need to apologize, we totally dread look forward to your proofreading commentary. This time … oy vey. Right you are, Ken. You got me, you sly dog you. Mea culpa.

Let’s pretend that double negative actually says “while going unnoticed” for now … and no one won’t be none the wiser. We’ll try to rain that in for next time, cool?

For all you other Great Ones wanting to chime in for Friday Feedback, make your voices heard for next week! Ramble on with us and sing your song in the inbox right here, right meow.

GreatStuffToday@BanyanHill.com. We don’t bite … except for that one time. And I apologized. 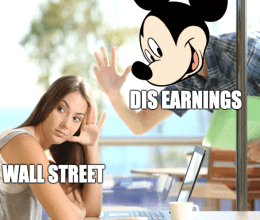 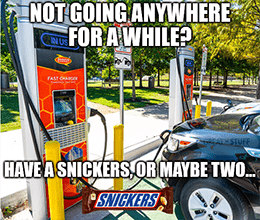 ChargePoint Will Win The Dash For Government Cash