How to Avoid a Giant Rip-Off at the Emergency Room 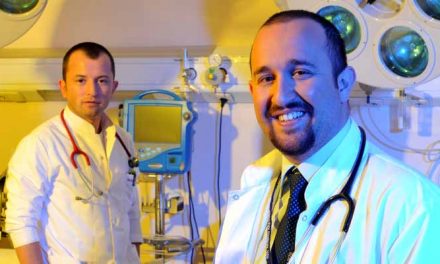 Quick: You have 10 seconds to answer some crucial questions.

You’ve just been in a bad accident. You have a compound fracture to your right leg.

The neighbors called an ambulance. The paramedics’ first priority is to stabilize you, which involves sedation, given how much pain you’re experiencing.

They’re hooking you up to an IV containing that sedative. In a few seconds, you’re going to be semiconscious and unable to communicate.

Which hospital emergency room do you want to go to?

Which one takes your medical insurance? Are the emergency room physicians also in-network?

How about the orthopedic surgeons?

Above all, what price will the emergency room charge you for your care?

How much will be left over for you to pay after your insurance pays their part?

I’m certain that most of us couldn’t answer those questions quickly, with or without sedation.

And yet thousands of Americans are asked to do exactly this every day … with catastrophic consequences.

Take It or Leave It

Longtime readers will know that I have an interest in the U.S. health care system. They also know that I don’t consider it to be a “free market.”

It’s the opposite. It’s a gargantuan rip-off.

Economists distinguish between two types of prices for goods and services.

One is “market price.” That’s the price set by the free interaction of supply and demand.

Buyers bid up the price of something until no one else is interested in buying it. If sellers can’t produce the item at a profit for less than that price, it becomes the equilibrium, or market price.

But there’s another type of price that applies to a surprisingly large chunk of the things we buy — “administered prices.”

Administered prices are set by sellers without regard to the market. They just decide what the price will be, and the rest of us have to accept it.

Administrative prices are typically used for public utilities. Because it doesn’t make economic sense to have more than one provider of, say, electricity, prices can’t be set by market competition.

Instead, a public commission sets the price of electricity based on the cost of providing it, an amount to fund expansion of the supply system and a reasonable rate of profit for the provider.

The key factor justifying administrative prices is the absence of competition on the supply side. In the case of public utilities, that’s justified by economic rationality.

But in the case of emergency room services, the rationale is different: Accept treatment at their prices, or face the consequences.

Of course, there are other differences betweens public utilities and hospital emergency rooms.

One is that utilities are regulated, and prices are set by public commissions. On the other hand, in much of the country, emergency room pricing is unsupervised. They can charge whatever they want.

But just as important is the way buyers “discover” the price of these two types of goods.

Consider a South African friend of mine. He bought a plot of land abutting the Cape of Good Hope Nature Reserve.

The municipal electricity supply grid ends several miles away. The utility was willing to extend electricity to his plot, but at a price that included the cost of installing miles of poles and wire.

He did his sums, and concluded that it made more financial sense to install solar panels and a battery system instead.

Compare that to Nina Dang. The San Franciscan cyclist fell and broke her arm in April last year.

Her pain was so acute that she was unable to communicate with bystanders, or with the ambulance crew who took her to Zuckerberg San Francisco General Hospital.

There, doctors X-rayed her broken arm and examined the rest of her to make sure she had no other injuries. They put her in a splint, gave her pain medication and sent her home.

She was therefore responsible for paying the excess. She tried to negotiate, but the hospital threatened to send her to a collections agency.

The problem is obvious. My friend knew what electricity would cost him before he made a decision. Dang didn’t know what her emergency room treatment cost until after it already happened.

My South African friend had a choice; Dang didn’t.

The question of timing — of when the customer gets information about pricing — is what allows hospital emergency rooms to “administer” whatever prices they want.

And that’s exactly what they do.

A fascinating yearlong study by Vox has revealed scandalous practices in our nation’s emergency rooms. They include a $5,571 bill just to sit in a waiting room, $238 for over-the-counter eyedrops and $60 for one 200 milligram ibuprofen.

The cost of identical treatment can range from a few hundred dollars to tens of thousands, depending on the hospital.

What You Can Do

Ultimately, this is a political problem.

Market pricing cannot function in an emergency room setting. The solution has to come from our lawmakers.

The U.S. needs to adopt the practice of most of its peers in the developed world — standardized pricing for everyday health care services.

Until then, there are some things you can do to avoid this kind of scandalous rip-off.

You work hard for your money. There’s no reason you should have to hand it over to greedy, unscrupulous hospitals.

But unless you prepare yourself ahead of time, there’s a good chance you will.

Watch Out for the Grandparent Phone Scam