Globalize Your Health Care … It’ll Save You Thousands

Years ago, when I worked in the nonprofit sector, a colleague of mine regularly flew halfway around the world … to visit his doctor.

He did that because it was cheaper than seeing a doctor in the U.S.

He’d been stationed in Bangkok, Thailand, for years. During that time, he’d been a patient of one of that city’s excellent general hospitals.

They had all his medical records. The staff knew him on a first-name basis.

My colleague had a couple of medical conditions that required periodic specialist care.

So, every two years or so, he’d hop on a plane, travel nearly 20 hours to southeast Asia and see the doctors who knew him best.

And even with the cost of the flight, he saved money … a lot of it.

His strategy to save on medical costs was unusual … but with adaptations, you can — and should — do the same thing.

Monopoly Can Be Local, Too

The pointy end of America’s health care system is using growing market power to extract money from your wallet.

Last week, I explained how markets in the U.S. and other Western countries are increasingly dominated by a handful of massive firms. Their market power allows them to charge higher prices for deteriorating services.

My examples were largely national markets — airlines, telecoms, pharmaceuticals and internet. A few large firms dominate each sector. Lack of meaningful competition allows them to extract “economic rent” in the form of excessive prices.

Besides monopoly, firms in these sectors share another feature. They can deliver their products almost anywhere in the country. Their customers don’t have to travel to buy them.

But in markets where customers must go to the supplier to get the product, it’s possible to achieve market power on a much smaller scale.

Medical care is an excellent example. The days of house calls are long gone. If you want to see a doctor or have a procedure done, you must go to them.

In that situation, the logic of market power is to reduce the number of places you can go to get medical care … or to ensure one company owns all the options.

The Death of the Local Doctor … and Hospital

U.S. hospitals have been merging rapidly since 2008. They are creating powerful regional monopolies that can extract higher prices from patients.

The same dynamic is happening with physicians’ groups. Local practices are being bought up by medical care groups. Their explicit goal is to reduce competition and raise prices.

Researchers at the University of California identified 25 areas with rapid hospital consolidation. They found that after consolidation, prices rose anywhere from 11% to 54% over the next few years.

For example, the largest hospital group in Connecticut pursued mergers and takeovers aggressively between 2012 and 2014.

Before the mergers, its average price of admission was three times higher than comparable facilities in the state.

After the mergers, it raised its average prices by 25% — compared to 7% elsewhere in the region.

The mechanics of this increase in medical market power involve more than providers and patients.

Insurers pay most medical bills. Hospital groups can threaten to stop accepting claims unless the insurer raises its payment rates.

This is what happened in Connecticut. Hartford HealthCare Medical Group “went on strike” against Anthem Blue Cross and Blue Shield.

Hartford owned all the medical facilities and physicians’ groups in the region. Patients who had signed up with Anthem then found themselves without access to covered care. Anthem had little choice but to accept Hartford’s higher prices.

That, of course, translated to higher insurance premiums for patients.

Save Money on Health Care

A couple of months ago, I told some of my colleagues about an analysis of health care costs I’d recently read.

The punchline? For the price of a hip replacement in New York, an American patient could fly to Spain, get a new hip, live for a year in Madrid, then fly home … and save money.

That anecdote always draws a lot of oohs and aahs. I get a similar reaction when I tell audiences that, in many parts of Latin America, you can get full-spectrum health care for your entire family for about $300 a month.

The bottom line is that, with exorbitant prices in the American health care system, it’s increasingly cheaper to go somewhere else in the world for many procedures.

This is no longer a question of “medical tourism.” It’s a rational choice in an increasingly globalized health care market.

You do the math. My colleague did … which is why he’ll be in Bangkok again next year. 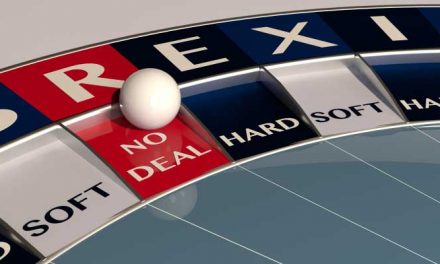