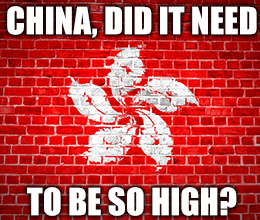 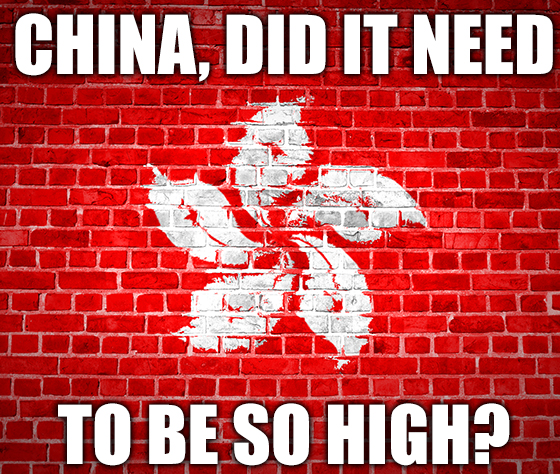 Another Brick out of the Wall

Chalk one up for the little guy.

The bill, which would have allowed extradition of Hong Kong citizens to mainland China, was one of the big sparks for the massive protests in the city.

Many investors feared that escalations in the protests could exacerbate U.S.-China trade talks — even though President Trump and Beijing are escalating things just fine on their own.

Carrie Lam (aka China) caving on the extradition bill was a surprise to be sure, but a welcome one.

After this weekend’s “surprise” 15% tariffs on Chinese imports, Wall Street needed some serious comforting. On that note, Banyan Hill expert Ted Bauman echoed my sentiment on the tariffs yesterday in an interview with Forbes:

I think the market has begun to believe in a fairy godmother who comes in and announces a retreat from the brink just before something bad happens on the trade war front, but in this case, she didn’t show up.

While it wasn’t the “fairy godmother” Wall Street was looking for, China backing down from Hong Kong protestors was nothing short of magical.

Removing a brick from the wall of worry was just what the doctor ordered. 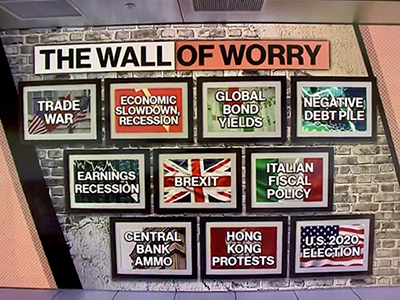 As you can see from the handy illustration above, all we have left are Brexit, the U.S.-China trade war, economic slowdown, bond yields, debt, Italy, the election, the Fed … you get the picture.

But don’t worry … and don’t panic.

Today’s rebound is a sign that the market still has room left to run. In fact, Wall Street is literally littered with rebound trades that can provide big gains for your portfolio.

Good: I Don’t Think That Means… 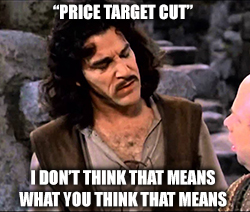 It’s not often you see a stock rally on negative analyst price actions. It’s even rarer when that rally is more than 17%. What we’ve got here is … failure to communicate.

Yesterday, Cowen analyst Vivien Azer reiterated her outperform rating on Tilray Inc. (Nasdaq: TLRY) and slashed her price target 60% to $60 per share from $150. Azer citied a challenging Canadian cannabis market, supply shortages and a lack of “novel products” for the target cut.

While this is good news for Tilray … it’s not 17%-rally good news. I get the feeling investors skipped right over the list of concerns and the target cut on TLRY shares. 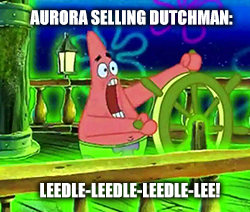 The Dutchman is a CBD research company, and Aurora’s acquisition of Whistler Medical Marijuana Corp. earlier this year made TGODF obsolete at the company.

“Our return on our TGODF investment is significant and will add non-dilutive capital and further enhance our strategy to remain a dominant force in the global cannabis industry,” Aurora told investors this morning.

ACB shares initially spiked in the premarket but are down in the regular session. Investors shouldn’t worry, however. Aurora reports earnings next week. If Wall Street loved the mere potential for Tilray’s international sales, they should be ecstatic over Aurora’s actual numbers. 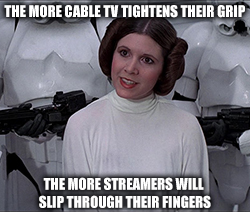 We all know that cable TV is dead. The only reason it’s still around is because it’s been nailed there (mostly by the boomer generation).

Streaming is the choice of a new generation, and Roku Inc. (Nasdaq: ROKU) is the key to that market.

Netflix, Amazon Prime TV, Hulu and Disney+ are all spending billions to create new streaming content. According to D.A. Davidson analyst Tom Forte, Roku can exploit those billions for its own gain.

Because of this, Forte lifted his price target of ROKU shares to $185 from $135 — the highest of any current target.

If you were a good little Great Stuff reader and got in on Roku back in May when I recommended it, you’re sitting on a gain of more than 83% right now! Congratulations! 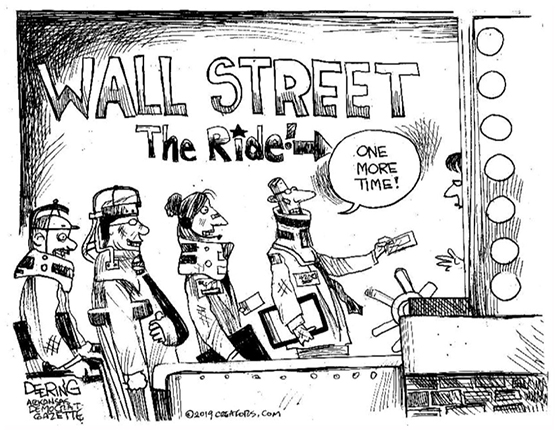 Ready for another ride on the Wall Street roller coaster?

Too bad. We’re climbing the next lift hill right now. 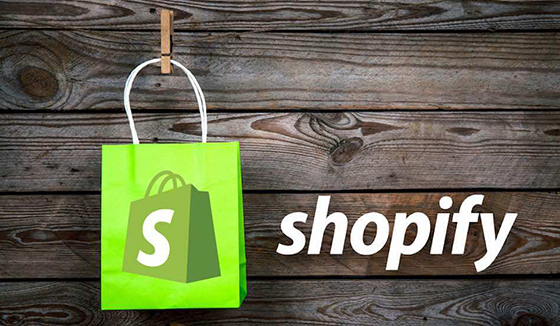 Back in June, we looked at Spotify Technology SA (NYSE: SPOT) and decided that this was no ordinary “ify” opportunity.

Most of you are probably familiar with Shopify by this point. But, if it’s new to you … Shopify helps get your company’s head in the clouds.

The company provides e-commerce platform solutions for small- and medium-sized businesses around the world. In layman’s terms, Shopify gives your local business an online store — one owned and operated by you, without all those pesky profit-sharing regulations that Amazon charges.

You could say it Shopifys your company. (There’s your dad joke for the day.)

I’ve wanted to recommend Shopify in Great Stuff for a while. Many of you have even asked why I haven’t added SHOP to the Great Stuff list. The reason is simple: SHOP shares have been so hot that it’s hard to find an entry point.

Right now, SHOP is trading down about 6% from last month’s all-time high. The shares are pulling back to support near $380. This area is key because the number is round. No, I’m not joking here.

Investors and automated buying programs have a thing for round numbers. They make math easier, and they have this nice psychological appeal to them.

So, when a stock breaks out above a round-number level, it takes off. When a stock pulls back to such a level, it’s time to buy — especially when that stock has an impressive long-term trend behind it.

SHOP certainly has that long-term trend nailed down. The shares are up nearly 200% in the past year.

As for Shopify’s numbers, the company has averaged quarterly revenue growth of about 40% for the past year. What’s more, the company continues to baffle Wall Street analysts with earnings. In the past four reporting periods, Shopify beat earnings projections by an average of 255%!

To wrap things up, we have: 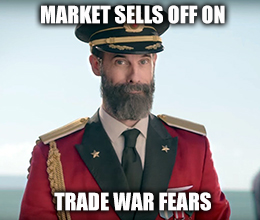 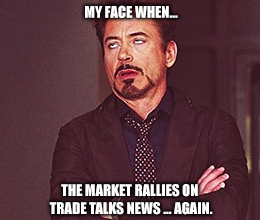