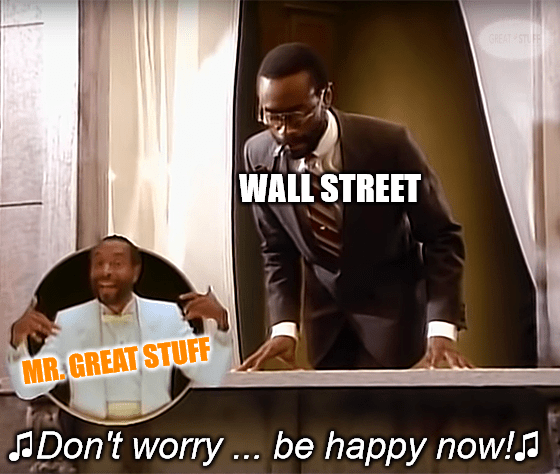 Here’s a little e-zine I wrote. You might want to read it note for note.

In every market we have some trouble. But when you worry, your losses double.

Great Ones, I have to thank you. Seriously. There’s no denying it’s been a rough week, month … year … three years? I don’t really know anymore. But I’m trying, Ringo. I’m trying real hard to be the shepherd.

And y’all reminded me of that this week. The outpouring of “Dude, you need to take a break, relax and calm down” emails in the Great Stuff inbox right now is inspiring. Y’all are good people.

Aww, you do care!

Yeah, yeah. Don’t let it go to your heads. Anyway, it’s getting sappier and creepier than Ed Sheeran in here, so let’s move on…

Speaking of which, today is Friday Feedback!

For all you noobs out there, Friday Feedback is the day we sift through the Great Stuff inbox to answer your burning stock market questions and indulge in investing rants!

But you can get in on the action next week! Just drop us an email at GreatStuffToday@BanyanHill.com … and we’ll do the rest.

Now, without any further ado, let’s get to today’s main attraction:

Don’t Sweat It — Calm Down

Mr. Great Stuff, calm down! You will are making us all more sick than we already are! Pause, breathe deeply, and smell the flowers. We all knew the banks would tank in Q2. But, just as in 2008-2009 and March 2020, this is a buying opp! The banks will recover and people who are calm will make a lot of money – not only in bank investments but in many other beaten-up companies! Even Biden isn’t stupid enough to let the banks fail! November is coming soon. The Dems are destroying the country and the PEOPLE (at least the intelligent ones) know it. I predict the market will recover quickly. But inflation will still be with us, all be it on the wane!

This is the time to be calm and watch for the winners. Your suggestions such as AMD, NVDA, and HYZN (only a few) will recover quickly.

Si, easy man. Doom and gloom is here for only a short time! (If not, I’ll flee to Sri Lanka!)

Thank you, Robert! I needed that … more for the positive smack to the face than the concern about bank profits and politics. But your heart’s in the right place, and that’s all that matters.

You see, banks and politicians are like two twisted peas in an unholy pod — they’ll never let each other fail. I’m convinced that if the world ends tomorrow, all that will be left are bankers, politicians and cockroaches. But that’s just, like, my opinion … man. 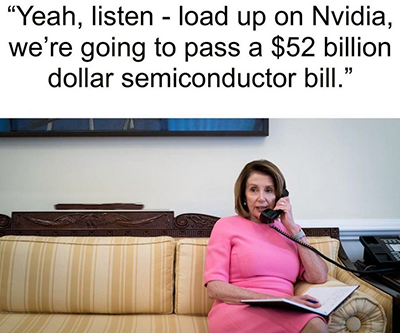 Besides, both AMD and NVDA are long-term buy-and-hold stocks. If you don’t already own them, then listen to Robert and consider picking up some shares during this bear market. I can’t see this duo falling much further from here.

The same is true for Hyzon Motors (Nasdaq: HYZN) … and I find it extremely odd that HYZN the stock is moving in the opposite direction of Hyzon the company.

I mean, Hyzon is signing deals with Schlumberger Limited, selling hydrogen-powered trucks in Germany and Sweden, expanding into Australia and laying the groundwork for sales and operations in California.

What’s more, Hyzon has more than enough cash on hand to sustain operations through the next several years. By not taking loans, Hyzon avoids the pitfalls that other alternative energy companies are falling into due to soaring inflation and rising interest rates.

And finally, Hyzon is *this* close to hitting breakeven and turning a profit.

In 2021, Hyzon only lost $14 million for the year … and most of that was due to supply chain issues and lingering pandemic shutdowns. As operations pick up and revenue continues to grow, I expect that Hyzon will become profitable either late next year or in early 2024.

And by then, it will be a market leader in hydrogen-powered transportation.

So there are still good things in the market. This bear market negativity can get us down. It can eat at our portfolios and make us question our investing strategies.

But when you’re down and troubled and you need a helping hand, and nothin’ … nothin’ is goin’ right … just open your eyes and read Great Stuff, and soon I will be there to meme up even your darkest night.

Nooo! No James Taylor! And you thought Ed Sheeran was sappy…

Ha! Anyway, thanks for writing in Robert!

Have you seen this brand-new trading tool that uses breakthrough “emotion detection” technology?

It’s perfect for the current market environment. Back testing proves it would have been profitable in seven of the last nine market downturns — and beaten the market 3-to-1 over the last 21 years…

You do not want to miss this…

Now that we’ve all joined hands and sang kumbaya, let’s check out what other stories are being shared ‘round the Great Stuff campfire.

Remember, if you’ve got a yarn to spin, by all means, join in: GreatStuffToday@BanyanHill.com is where you can let it all out — there’s no judgment here. (OK, maybe a tiny bit of judgment, but it’s for your own good.)

Dear Mr. Stuff,I would welcome any thoughts you might have about CRISPR Therapeutics AG’s (CRSP) investment prospects, given recent price movements and current market conditions. Any insights you can share will be appreciated. Thank you, 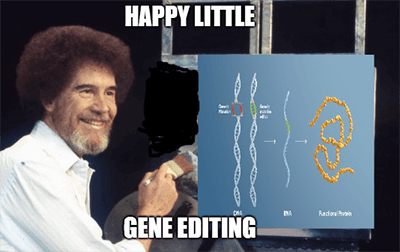 “Given recent price movements and current market conditions?” It’s OK, come right out and say it, Charlie: You’re a bargain shopper! Just like the best investors.

I see you, Charlie, looking at this massive market mess, not panicking, just looking for the next portfolio pick at fire-sale prices. I see you…

But should Crispr Therapeutics (Nasdaq: CRSP) be one of those picks? Survey says: Yes indeed, Charlie!

We don’t often venture into the biotech waters here in Great Stuff, you see, but Crispr isn’t just any biotech. This is gene editing we’re talking about here — working with the literal biological building blocks of human beings.

CRSP is one of those “buy and hold forever” stocks. The company has very few real competitors, and most of those competitors are much smaller operations. Gene editing is getting cheaper and easier — for both Crispr and its competitors.

Thing is, gene editing tech isn’t the real moat here for Crispr — it’s the people who know how to use said gene-editing tech. They’re tech-savvy gene editors, if you will, and they’re far and few between right now.

Whoa, dude, that’s like coding but … for the body.

Now, while this all sounds like sci-fi for patients and everyone not in the gene-editing game, it’s not particularly new to Wall Street. To them, Crispr is “just another” biotech stock caught in a market hesitant toward anything resembling growth.

What this means is CRSP sold off with the bath water … or something like that. Wall Street is finally realizing this: Crispr stock is rallying in the face of rising inflation and the threat of a recession. That’s a bullish “buy me” sign if I ever saw one.

Not to mention, you’re not the only bargain hunter out there, Charlie. Don’t count out the possibility of some bigger biotech fish coming along and gulping up Crispr on the cheap!

Mind you, Crispr is not being added to the Great Stuff Picks portfolio … but don’t let that stop you from investing in genetics and genomics tech.

Dear Mr. Great Stuff,Always enjoy your articles and humor! Thanks for your hard work. A lot of folks still don’t believe hydrogen fuel has lasting power. My daughter who is an engineer, works for the largest hydrogen fuel company in Irvine, California. It’s still a private company called First Element. They build stations up and down California.

They currently have projects lined up next year, including expansion (with partners) in Norway, building a large station in Oakland for semi trucks, adding stations in Oregon and inside Edmonton airport in Canada. Last week, a Hyzon truck was dropped off to fuel at one of their SoCal stations.

It’s the green energy of the future, and it’s here to stay.

When you first hilighted Hyzon, I sent her the article. She was thrilled! I also bought the stock. It’s down quite a bit, but so it’s the market. Since my daughter is in the field, I’m not concerned about Hyzon’s short term dip. If you’re interested, check out First Element web site. They have no plan to go public anytime soon. They’re just focusing on their products.

Thanks for all the great articles!! Warm regards. — Carolyn 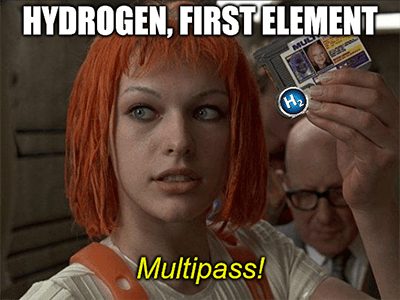 Well, would you look at that … the exact same Hyzon goodness we were just telling Robert about!

Thank you for writing in, Carolyn — and tell your daughter thanks for being on the literal front lines of the hydrogen-powered fight. As I’ve said once, twice, a million times now, hydrogen power is just ramping up … slowly but surely.

All the wheels are in motion: Hyzon’s delivering vehicles. Plug Power (Nasdaq: PLUG) is building a green-hydrogen production hub. Even Shell PLC (NYSE: SHEL) is dipping its big toe into hydrogen power. And while Hyzon, Plug and Shell are but a few publicly traded stocks working with hydrogen, more of the oil and gas giants will follow.

At the same time, you have private companies like First Element here that virtually no one outside the industry knows about — and they’re growing. Some will eventually come public, others might not.

One thing is for sure: If there’s a hydrogen play that you need to be a part of, Great Stuff will key you in on it.

Thanks and best regards. — Francis

Thanks for writing in, Francis! Not to worry, we’ve dispatched our finest email-tracking ninjas to see what’s up with your subscription.

If you’re not receiving Great Stuff, it’s most likely not your fault. Phew, that’s a relief.

Basically, email clients like Gmail are trying to hunt down spam, but really, they’re just playing games in your inbox. If you click on links in certain emails, they’ll make sure you keep getting those emails.

If you don’t click on links in other emails, however, you may be dropped off the list by mistake! To stop that from happening, you need to click. Yes, seriously.

To make things all nice and simple, click right here to stay on our email list. It’s not an ad link, not spam, and not a Rickroll. Just a way to tell Gmail that you are indeed reading. So, thank you!

You know what else would count as a click? Checking out Great Stuff’s new TikTok account! Click right here to see what we’ve already posted — and make sure you follow us to stay up to date.

Up to date on … memes? Really?

Memes, trading dreams, stock-slinging schemes — you name it! All shall be found on the Great Stuff TikTok in due time. So join in on the fun now: Click here! 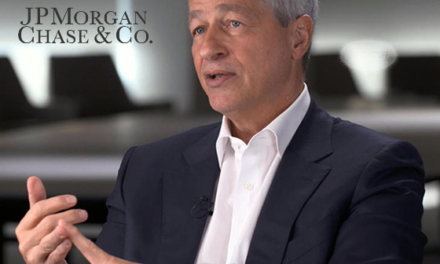 Banking On Defaults, Celsius Frozen, EVgo Your Own Way 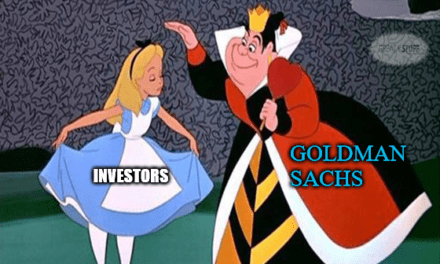