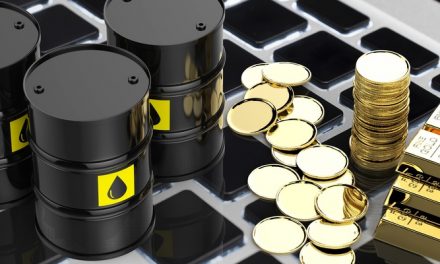 Goldman Sachs made headlines last week when it announced layoffs.
But the real story is what it’s missing … and how it’s a signal for profits to come.
Bloomberg reported the news last week.
Take a look:

You see, traders get cut from the commodities desk when performance falters.
Performance falters when commodity prices falter, which happens with regularity.
Well, these trading desks miss that. They get caught swimming with the crowd, and they don’t see when the tide is about to turn.
Sadly, these fellas lose their jobs at the best times to be a commodity trader.
As I dug through old news headlines, I got to wondering…
If Goldman Sachs is dumping commodity traders again, is now a good time to buy commodities?
My research tells me it is.
With recent history as a guide, I believe commodity markets will rise between 30% and 43% in the next 12 months.

“You Are Either a Contrarian or a Victim”

When Traders Lose Their Jobs, the Commodity Market Jumps

Back in January 2016, The New York Times reported that Morgan Stanley sought to “cut expenses and increase profits.”
It said the division that trades commodities “has been a major reason that a key measure of the bank’s profitability” and “has not met expectations.”
So, to fix the problem, Morgan Stanley cut 25% of the staff in that division.
Goldman Sachs followed suit one month later and cut 10% of the trading division that included commodities activities.
What did the commodity market do after these two banks “cut expenses”?
I looked at one exchanged-traded fund’s (ETF) history.
The Invesco DB Commodity Tracking ETF (NYSE: DBC) tracks prices of 14 commodities. From its bottom in January 2016, DBC rose around 30% by the end of June.
Moving on to 2017, the financial media documented the collapse of Noble Group Ltd.
Noble Group Ltd. was once Asia’s largest commodity trader. It became a $10 billion company by borrowing money to buy commodities. Then it shipped them to global customers.
It also dabbled in the futures market to hedge the risk in its trading business.
Its fortunes changed when commodities entered a bear market.
By 2017, Noble’s market cap fell to $336 million.
That’s when Bloomberg reported: “Noble has cut staff and shuttered most of its metals trading desks to lower costs and reduce working capital needs.”
It was the beginning of the end for Noble.
But commodities jumped again…
This time, from its June 2017 bottom to its May 2018 peak, the Invesco DB Commodity Tracking ETF rose about 32%.
One month earlier, a commentator said commodities trading desks were in “structural decline.”
There is some wisdom there, but it didn’t matter. The timing was good for commodities prices.

Sure, technology may be ushering in a “structural decline” in commodities…
It is reducing the need for some workers in banks’ trading divisions.
And it’s drawing traders to markets driven by companies that are part of the “new economy.” These are industries that explore the growing tech trend that’s driving economic growth. And now investors see commodities, “the once-dominant unit” at Goldman Sachs, as old news.
Their popularity may fade, but commodities and natural resource markets will not go away.
Cycles will drive prices and savvy traders will make money … as always.
Last week’s news from Goldman Sachs could mean commodities soon find their stroke. If so, traders can make money with the Invesco DB Commodity Tracking ETF (NYSE: DBC).
DBC could jump another 30% by this time next year.
Traders looking to magnify those returns should consider the SPDR S&P Global Natural Resources ETF (NYSE: GNR). It tracks an index of 90 of the largest U.S. and foreign natural resources stocks.
GNR rose 86% in the two years ending January 2018, the same two years that investment banks were in “structural decline.”
I  think GNR will climb 43% or more once investors catch on.
Good investing,