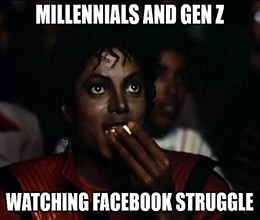 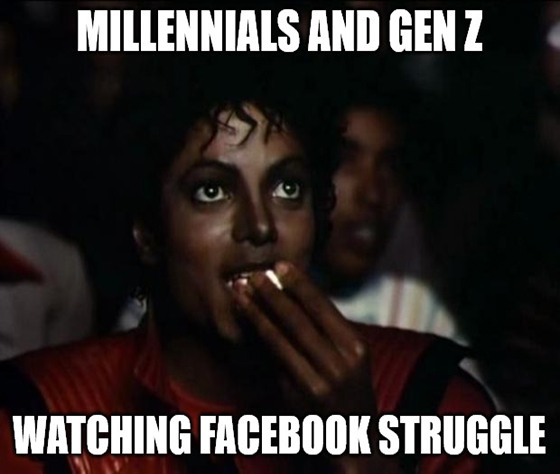 It’s close to midnight, and social media’s lurking in the dark. Under your screen light, you see a sight that almost stops your heart…

You try to scream, but the stocks plunge through the floor before you make it. Your profits freeze, as losses hit you right between the eyes. You’re paralyzed!

How’s that for a social media thriller?

FB dropped nearly 5%, and TWTR plummeted roughly 20%. Both companies posted stronger-than-expected earnings and revenue figures. Both were cautious on guidance but optimistic about ad revenue growth.

Great Ones, I think we’re looking at a changing of the guard in the social media market. Earlier this week, Pinterest Inc. (NYSE: PINS) smashed growth expectations. Snap Inc. (NYSE: SNAP) also blew out quarterly expectations this past week.

Facebook and Twitter can’t just close their eyes … and hope that this is just imagination. All the while, Millennials and Gen Z are creepin’ up behind. They’re out of time.

‘Cause this is thriller! Thriller night!

Luckily for investors, Twitter and Facebook’s Instagram are still relatively popular with Millennials. So there’s hope for continued growth — for a while.

But, mark my words, Facebook’s namesake social media platform is on its way out as Boomers and Gen X fade into the distance. (Sorry guys, we’re getting up there. It is what it is.)

It’s time to prepare for the new big spenders and users in the social media market. And Millennials and Gen Z have shown they favor Snapchat, Pinterest and TikTok over traditional socials.

Though you fight to stay alive, your portfolio starts to shiver. For no mere investor can resist the evil of the social media thriller.

Editor’s Note: Stop chasing your tail in oversaturated social media — Big Tech is a big snooze after you see this. For the first time ever, Ian King just revealed the strategy he uses to invest in small-cap tech stocks with the potential to make 1,000% gains in as little as 12 months. 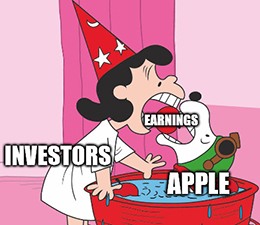 But Apple’s fiscal fourth-quarter results weren’t that bad by 2020 standards.

Apple could’ve made up for the shortcomings with strong or even middle-of-the-road guidance. But investors we’re left out in the cold with Linus waiting on the Great Pumpkin.

On the topic of the pandemic and Apple’s guidance, CEO Tim Cook told CNBC: “If you look at the case count, the case counts are climbing in Western Europe. They’re climbing in the United States. And so there’s still a sufficient level of uncertainty out there… we don’t believe that’s an environment to guide into.” 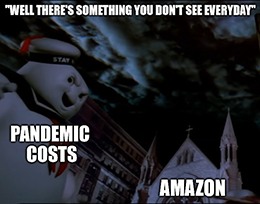 There’s no denying it, Amazon.com Inc.’s earnings (Nasdaq: AMZN) were a retail smash. But AMZN still joined the rest of the tech sector in the graveyard today.

And if you thought guidance was the reason for AMZN’s 5% drop today, think again.

The company said it expects fourth-quarter sales of $112 billion to $121 billion — up about 29% from year-ago levels. The range was also above Wall Street’s target for $111.4 billion in fourth-quarter revenue.

So, what gives? Why is AMZN getting monster mashed?

It’s all about the ‘Rona. Amazon said that current-quarter operating expenses could range from $1 billion to $4.5 billion due to the pandemic.

That’s a lot of PPE and disinfectant, and we’re all very thankful, but … man is that a lot of money. Clearly, the rising pandemic costs spooked AMZN investors today. And these costs won’t go away anytime soon.

No. 3: Streamer From the Black Lagoon 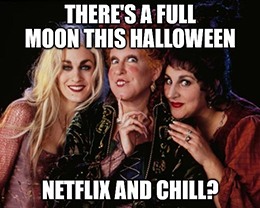 Come with me now on a journey through the mind, exploring the delicate balance of habit and budgeting. Today we unravel the psychology of subscriptions — the ‘Flix fixation, if you will.

Last week, we touched on Netflix Inc.’s (Nasdaq: NFLX) slowing subscriber growth, but there’s more to the mystery than we originally led on. And, not to mention, Netflix threw us a post-earnings bone last night with a new price hike announcement.

Netflix sank 5% in today’s rout after the service said its standard plan will increase $1 to $13.99 per month, with premium marked up $2 to $17.99. Now, the precedent for today’s reactionary case study? Pretty much every other instance that Netflix raised its prices.

Last time, everyone threatened to cancel, and some did. Then, they all came back. It’s like trying off-brand mac-n-cheese — you saved some scratch, but at what cheesy cost? Once you get a taste of that deluxe treatment, it’s irreplaceable, and consumer routines die hard.

Netflix is and always was the premium online streaming service, and its reputational throne is built on that.

This price hike is a bit risky, but it should force subscribers into a showdown. Do you keep Netflix? If not, where else do you stream? People will try other services — heck, maybe even venture into AT&T’s tangled web of services — then find they’re not up to that red-logo snuff (or even on Roku), and go back to Netflix.

People are creatures of habit, and it takes a lot to break a habit. This is why first-mover status in any market is absolutely huge — and Netflix is flat-out what people instantly think of when you say “streaming.”

The other side of the first-mover coin, like we noted last week, is Netflix’s growth outside the U.S.

Future subscriber growth has to come outside the saturated stateside sphere. And how hard Netflix hits these foreign markets will determine if it gains the same strong foothold it created at home.

Either way, why worry about Netflix’s ho-hum growth when the rest of the beckoning tech market exists?

Take blockchain for instance — the revolution that will spawn more millionaires than any event in history. One software company is at the center of it all, and you can learn more here. 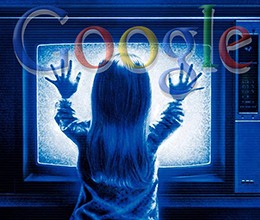 When you think about it, Alphabet Inc.’s (Nasdaq: GOOG) Google is the catch-all pick for the stay-at-home market.

Are you working from home? Cool, here’s cloud storage and workflow. Are you supposed to be working? Great, here’s YouTube and its rabbit holes of distraction. And unless you suddenly jumped to Bing, Google’s search is still the king by default.

And it shows in the Chrome company’s latest earnings. YouTube ad revenue brought in more than $5 billion for the first time, jumping 32% year over year.

We’re seeing something in the cloud market right now that we found in the loosely related data-center tussle between AMD and Intel. Every major tech stock’s cloud department has been on fire so far this earnings season, and that’ll paint a stark contrast to anyone reporting poor cloud revenue.

Google’s cloud revenue outpaced that of the Almighty ‘Zon but was just barely slower than Microsoft’s Azure’s 48% growth.

Now, short of a complete antitrust breakup, Google isn’t going anywhere anytime soon … unlike Facebook’s decrepit cesspit platform. Plus, it also has the same first-mover advantage that Netflix has — just without legions of competitors as close behind.

The stock parallels — it makes sense! When you break it down, all Big Tech is the same, huh?

Always has been, Great Ones.

I know you’re itching to get that horror movie marathon started (and nip into the candy you bought knowing no one’s coming to trick or treat). But before you get this weekend rolling, why not share your thoughts with us?

GreatStuffToday@BanyanHill.com. Let us know what you’re up to in this crazy market! Here, we’ll even get the conversation started:

Where will Big Tech go from here? Does FAANG have an antitrust issue?

What earnings story did you catch that no one’s talking about?

Let us know in the inbox! Click right here, and you’ll be able to send us a message in no time. In the meantime, you can check us out on Facebook, Instagram and Twitter. 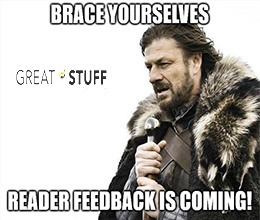 Have Feedback, Will Travel: Economy, Cruises and Puts