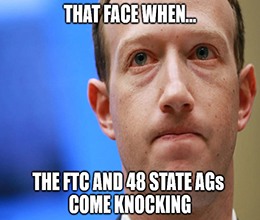 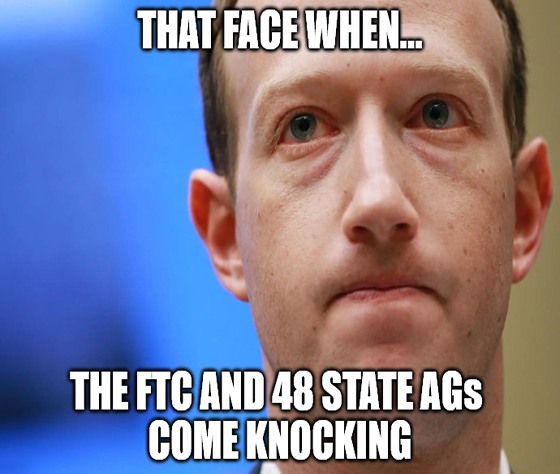 Today, we’re obviously talking about Facebook (Nasdaq: FB). I mean, just read the headline up there.

But first, I want to reply to Ed D., who had this to say about yesterday’s Great Stuff Reader Feedback:

Are you old enough to remember Rithie Valens? Donna — 1959

I’m also happy to report that I am old enough to remember Wolfgang Amadeus Mozart, but that doesn’t mean that I’ve spent 240 years on this planet. (God forbid.) I have a diverse and eclectic taste in music, as most Great Ones know.

For instance, I’ve already listened to the Offspring, Electric Light Orchestra and “Civilization” by the Andrews Sisters and Danny Kaye while writing about the market so far today. Always let your music tastes be as diverse as your portfolio, I always say. (Or is that the other way around?)

As you may have heard, the Federal Trade Commission (FTC) and the attorneys general from 48 states filed two antitrust lawsuits against Mark Zuckerberg’s company this week. The suits allege anticompetitive behavior and specifically targets Facebook’s acquisition of Instagram and WhatsApp.

I’ll be upfront here: I agree with the FTC. Facebook domineered the social media industry. It blatantly copies competitor features and uses its cash and power to pressure competitors.

That said, this is a disaster of the FTC’s own making. As Facebook General Counsel Jennifer Newstead said:

The most important fact in this case, which the Commission does not mention in its 53-page complaint, is that it cleared these acquisitions years ago. The government now wants a do-over.

The truth hurts, FTC — not as much as jumping on a bicycle without a seat, but it hurts. Underfunded regulators and tech-ignorant legislators helped create the Facebook monster, and a “do-over” is exactly what they’re trying to accomplish here.

Changing your mind when new information presents itself — or as a situation develops unexpectedly — is a good thing, but this is just bad optics for the FTC.

What really galls me about Facebook’s response, however, lies in the following statement from Newstead:

This is revisionist history. Antitrust laws exist to protect consumers and promote innovation, not to punish successful businesses.

Instagram and WhatsApp became the incredible products they are today because Facebook invested billions of dollars, and years of innovation and expertise, to develop new features and better experiences for the millions who enjoy those products.

Let’s take this argument apart, shall we?

Antitrust laws exist to protect consumers and promote innovation — this is true. But they’re also used to punish successful businesses — just ask 1990s Microsoft. When you use that success to directly limit the success of your competitors, that’s the definition of antitrust.

And, in large part, it didn’t develop the “new features and better experiences” that eventually came to those apps. It borrowed or copied them from Snapchat, Twitter and now TikTok. Revisionist history, indeed.

Facebook doesn’t get to play the victim here. The real victim in all of this is you, the consumer. Facebook is responsible for your lack of control over your own personal data and your lack of choice for social media platforms. Whether or not the FTC will be able to prove those points in court remains to be seen.

What do you think about the Facebook antitrust suit? Should Facebook be broken up, with Insta and WhatsApp adrift in the breeze? Or does Facebook deserve its dominance? Have you somehow avoided the social media world completely?

No. 1: Bigger Than Netflix! 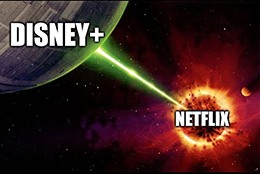 Have you seen the Walt Disney (NSYE: DIS) news? Holy cow, that’s a lot of content.

The company announced more than 100 new shows and movies, with 80% of those coming to Disney+.

A new series based on Ashoka from Star Wars. An Obi-Wan series with Ewan McGregor and Hayden Christensen. Rogue Squadron. 10 new Marvel series and Pixar movies as well!

And the cost? A mere $1 per month price hike to Disney+.

I am floored. I am flabbergasted.

But that’s not all. Disney+ now has 86.8 million subscribers, up from 73 million at the end of last quarter. The company now projects between 230 million and 260 million subs by 2024. To put that in perspective, Netflix (Nasdaq: NFLX) only had about 195 million global at the end of the third quarter.

I’m calling it now: Disney+ will be bigger than Netflix.

What’s more, once this pandemic is over and Disney’s parks come back online … this multimedia battle station will be fully operational. For investors, that’s gonna be huge.

Not to toot my own horn, but Great Stuff told you this was coming. It’s why we recommended buying DIS back in December 2019. Great Stuff Picks readers are up about 22% since then.

But there are more gains to come. So, if you don’t own a piece of the Mouse’s House yet, what are you waiting for?

Editor’s Note: If you like making money in the stock market — wait, some people don’t?! — you’re going to love Ian King’s new video. 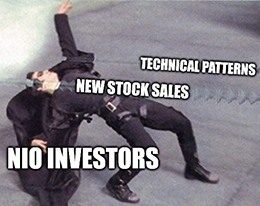 It’s monkey see; monkey do in the electric vehicle (EV) world. And I’m not just talking about the latest rush of SPAC offerings instead of IPOs. Nio (NYSE: NIO) shares fell nearly 6% today after the company “pulled a Tesla.”

Specifically, Nio announced that it will sell 60 million new American depository receipts (ADRs) today. ADRs are what foreign companies list on U.S. markets instead of their actual shares — which instead list in their home country’s markets.

Essentially, Nio is selling more stock … just like Tesla (Nasdaq: TSLA) has done three times this year. NIO’s sell-off on the news should be expected. Typically, I’d call a situation like this a buying opportunity.

But NIO is already off 25% from its late-November all-time high — that’s correction territory. Furthermore, NIO is forming a technical pattern called a head and shoulders formation. This is typically a bearish pattern that indicates a former bullish trend is dying out.

The real test of this pattern would be a break below $40. If this occurs, NIO could be inundated with selling pressure that could see the shares fall to the low $30s or even the high $20s.

Now, I’m not saying this will happen. Technical patterns can be finicky and are often only confirmed in hindsight. Still, I thought you Great Ones should know the potential risks — especially if you considered buying the NIO dip.

No. 3: The Dominion of Elon 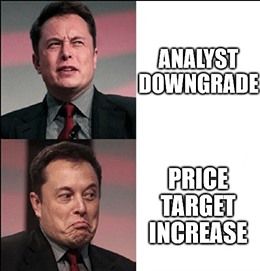 Speaking of selling pressure … Tesla joins Nio down in the dumps today after Philippe Houchois over at Jeffries downgraded Tesla from buy to hold. Don’t let that sway your bullish temper, though!

Houchois still upped his price target — from $500 to $650 — as the analyst crowd catches on to the disconnect between Tesla, the company, and TSLA. Ready for more mixed signals?

Philippe doubts Tesla’s dominance “given the industry’s structure and politics,” with a nod to the legacy auto companies jumping into electric innovation now.

Translated from analyst talk, the EV market has more than a few corners where either an underdog or established giant could undercut Tesla. Yet, the big red T’s “messianic brand reaching far beyond autos” makes it somewhat of an Apple (Nasdaq: AAPL) for EVs.

‘Tis the blessing and curse of being the real OG: Tesla built its EV infrastructure from the ground up, but it’s still somewhat vertically integrated at a time when a horde of other upstarts try to vie for a foothold at any stage of the EV game.

That’s why battery stocks continue to boom. (Learn how you can get in on the battery bash right here!) It’s also why every EV special purpose acquisition corporation (SPAC) under the sun has shot up, well, to the moon.

Honestly, if you didn’t know Tesla had some gaps in its alleged dominance by now, let’s catch you up right quick. There’s the whole race-for-range with semitrucks. There’s the need for electric trucks that don’t resemble a Warthog from Halo — I’m looking at you, Cybertruck.

And a huge underserved EV need will be small cargo vans like we saw with the Arrival SPAC merger. On that note … another new contender entered that fray this week. Delivery van company Electric Last Mile is going public with a SPAC called Forum Merger III (Nasdaq: FIII). Catchy name, I know.

TSLA was down only about 3% after all was said and done. It’ll be back, though. Don’t you or Houchois worry. 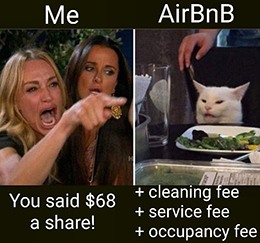 Weren’t we just talking about Airbnb?

Yes! And here we go again — we told you this sucker wasn’t going anywhere anytime soon. It’s like a frightened octopus stuck in a fishing boat. (Maybe?)

ABNB went far past such earthly sums — far into the Airbnb-eyond up to about $149 per share. In fact, if you’re into stats, Airbnb is the 19th stock this year to double on IPO day — the most in any year since 2000. Hmm…

At yesterday’s close, Airbnb reached a total valuation of about $86.5 billion — leagues higher than the likes of Expedia, Booking, Marriott, Hilton, Delta… You name the travel stock, and Airbnb’s bigger than ‘em … at least if ever-in-flux market caps mean much to you.

Who am I kidding? We already agreed value is dead! As to whether or not Airbnb is ready to meet public scrutiny … that remains to be seen.

Great Stuff: The Reader Round Robin

With ABNB top of mind, thanks to all of you who have already shared your thoughts on today’s headline-making and sanity-breaking stocks!

If you haven’t joined in the discussion, what’s stopping you?

Let us know what you think about Tesla’s dominance, Facebook’s overconfidence, Airbnb’s prominence and the bottomless content coming to Disney+. Or say “forget all that” and spill your guts on what you’ve been reading out there in these crazed market times.

GreatStuffToday@BanyanHill.com. Hit us with something great!

And in the meantime, you can check us out on whichever social media platform you use — no monopolizin’ here! We’re on Facebook, Instagram and Twitter, so be sure to share ‘Stuff wherever you get your virtual kicks. 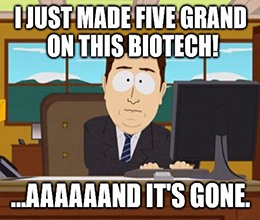 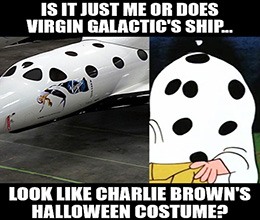