Home » Investing » Currency » Get Ready to Say Goodbye to Cash!

Payment solutions firm Visa is making an effort to encourage small-business owners to use its services.

Visa received entries from across the United States for its Visa Cashless Challenge. And 50 businesses won. They each received $10,000 to spend on improvements such as digital commerce enhancements, point-of-sale upgrades, etc.

These conveniences help businesses attract customers … and avoid using cash in the process.

The momentum for moves like these continues in the U.S. and throughout the world.

In the future, most countries will be cashless, or will at least use less cash than they do today. And that’s creating an interesting investment opportunity for savvy traders…

If you must go (yes, that type of “go”), be prepared. Some public toilets in Sweden charge a fee. But that doesn’t mean they accept cash.

In addition, per National Public Radio, more than 4,000 Swedes have microchips implanted in their hands. They can pay for lots of things by waving their hand across a reader.

Can you imagine that? We are cyborgs now.

But, to the people of Sweden, this isn’t a big stretch.

It’s a continuation of things in this Nordic country. Consumers only use cash to pay for 1% of transactions there.

And it’s getting more difficult to pay with cash even if you want to. More than half of Sweden’s 1,400 bank branches don’t accept cash deposits or provide cash to their customers.

Sweden may be more advanced than many countries in this respect, but it’s not alone. If you look around, you’ll see more examples of how cash is less important … no matter where you live.

From Apple Pay to Venmo to…

In 1891, Salvation Army Captain Joseph McFee saw many poor going hungry in San Francisco. He wanted to provide them a free Christmas dinner but had to find a way to fund it.

He thought back to his days as a sailor. In Liverpool, England, there was a large iron kettle called “Simpson’s Pot.” People who passed by put some money in the pot to help the poor.

So, McFee did the same … at the Oakland Ferry Landing at the foot of Market Street. He soon had enough money to feed the poor in his city.

And the idea spread … across the country and around the world.

Today, the Salvation Army helps more than 4 million people during the holiday season through its Red Kettle Campaign. You likely know the bell ringers I’m referring to.

But givers today carry less cash they could use to make their donations.

In some cities, people can make a digital donation by scanning the Salvation Army QR code on the kettle. (The QR code is a machine-readable label. You can scan it like the cashier does your groceries.)

This has become necessary because fewer people carry cash today. And, though it won’t protest, the Salvation Army would like to get more than just your spare change to help the less fortunate.

Point your phone, tap on the link, choose your level of giving and hit “Done.”

How You Can Benefit From Going Cashless

Look for this move away from cash to continue. You will be seeing and hearing about more countries embracing the move.

As an investor, the one-click way to take part in this trend is the ETFMG Prime Mobile Payments ETF (NYSE: IPAY).

IPAY is an exchange-traded fund (ETF) that invests in payment infrastructure, services, processing and solutions.

These companies continue to grow … everywhere.

That said, it’s up to you if you want to have a chip implanted in your hand to make purchases. At least for now.

Will The Fed Crash the Market? 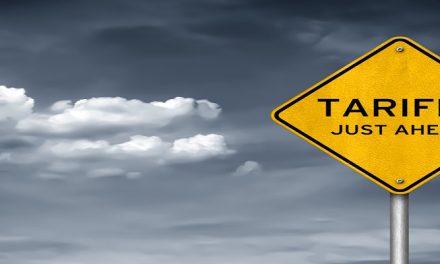 Tariffs Are Not the Problem, Investor Sentiment Is