Cybersecurity: The Next Big-Money Merger Game?

Smart older companies don’t die (or fade away). When their businesses run out of steam, they just buy their way into some other, faster-growing sector.

That’s what I think is about to start accelerating in the cybersecurity sector.

We can already see the strategy in one of America’s “old line” tech companies, Cisco Systems Inc. (Nasdaq: CSCO). For most of us, Cisco means network routers — the guts and pipes of the internet.

Yet Cisco is actually a backdoor cybersecurity trade. It only makes up about 4% of annual revenue — roughly $2 billion in 2016. But that’s up nearly 50% from just three short years earlier.

The point is, successful investing is as much “follow the money” as it is anything else — for big companies as well as individual investors.

That’s why Cisco in recent years bought fast-growing private companies like Cloudlock ($293 million, 2017) and OpenDNS ($635 million, 2015), not all that far removed from the venture capital phase.

But more recently, as awareness and spending in cybersecurity grow and grow, we’re starting to see a shift toward even bigger deals.

You know the TV commercials you see for LifeLock? It was acquired for $2.3 billion late last year by one of the granddaddies of the cybersecurity world, Symantec. (And this looks more and more like a great deal after Equifax’s security breach in recent weeks.)

Likewise, the pace of deals is on the rise. Security Sales & Integration performed a study of recent mergers and acquisitions (M&As). The sector saw a 70% jump in M&A activity last year, with 137 deals, versus 80 such transactions in 2015.

Likewise, in an analysis of 2017 deals, it saw twice as many M&A transactions, 122 in all, just through the first half (compared to 63 in the same period last year).

So where should we follow the money, with M&A deals in mind?

We have a growing roster of individual cybersecurity opportunities in Total Wealth Insider. But I’ll continue to point to exchange-traded funds like the ETFMG Prime Cyber Security ETF (Nasdaq: HACK) as a simple way to play the trend. 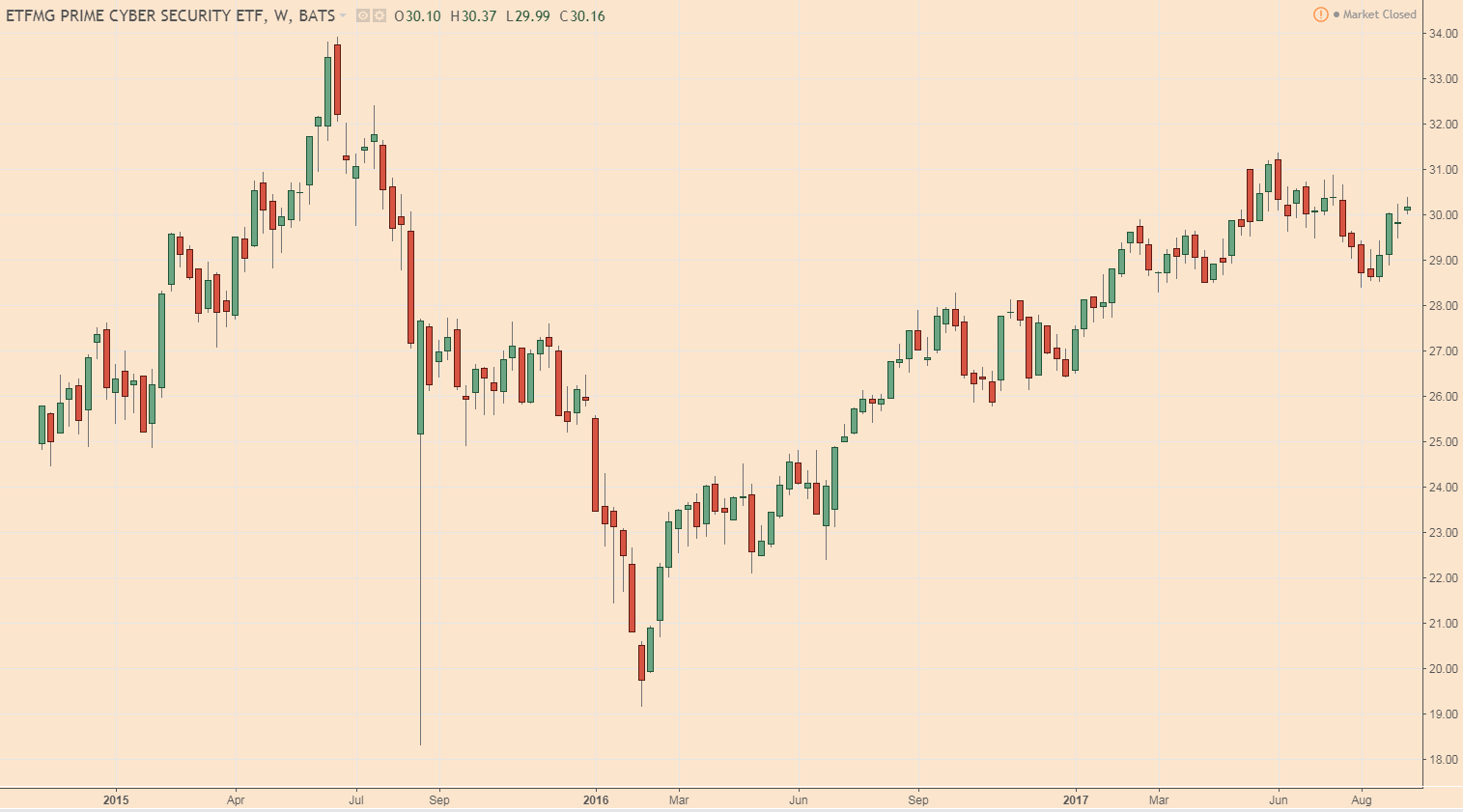 HACK’s net asset value is already up 6% since I mentioned it in mid-August.

With $1 trillion in spending on the way in this sector in the next handful of years, there are a lot more gains to be had with these and other individual stocks in the sector.

Editor’s Note: A simple line of computer code is about to change the face of technology, transforming the cybersecurity industry into a $1 trillion phenomenon. Investors who act now could turn a small stake into as high as $98,470. Click here for complete details.