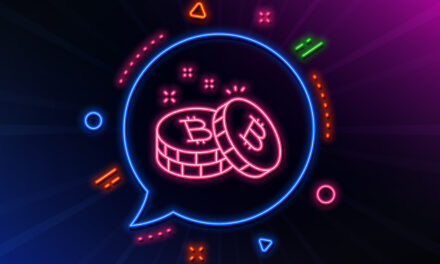 A term you hear thrown around a lot in the investing world is “venture capital.” Or “VC” for short.

Venture capitalists can be either private or public, or individuals or a company. Regardless of who they are, they all invest in companies and ideas that they believe will be leaders in the future.

By investing before the herd, VC has made HUGE gains. Especially in tech.

Now, it’s easy to think that you’ve missed the biggest investments of the information age.

Venture capitalists don’t seem to think so … here’s why.

In the third quarter of 2021, venture capitalists funneled a record $6.6 billion into blockchain companies. 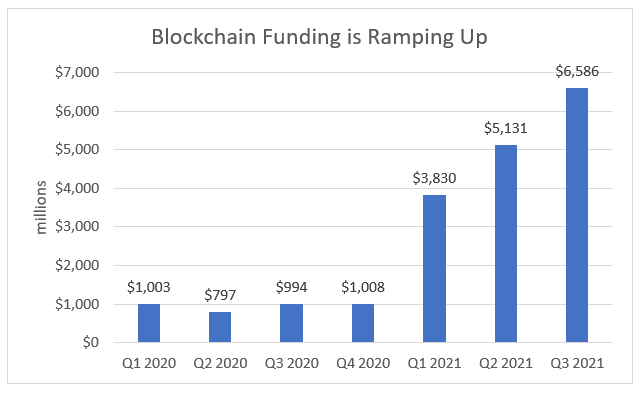 The surge in funding for blockchain companies is a sign that huge crypto gains are on the horizon.

We’ve seen it before.

In June, Solana (SOL) received $314 million in a funding round led by Andreessen Horowitz.

Over the next three months, it rallied more than 500%.

VC’s recent focus on blockchain companies tells me one thing…

They think they are early.

And if you are investing in crypto now, you’re still early. Despite the nearly 1,000% gain over the next year, there’s a lot more to come.

The interesting thing is…

It’s not only small VCs that are interested in blockchain.

Massive companies such as IBM, Visa and Google have been investing in the tech since as early as 2013.

In fact, Google has now invested in 23 blockchain companies, according to Blockdata.

Many of its blockchain investments have been directly related to crypto.

And recent trends show that crypto is the place to be.

According to Fidelity, 70% of investment firms want exposure to cryptos in the future.

With institutional interest at record highs, I expect blockchain funding will grow exponentially.

This means there is a TON of room for growth.

And as money floods into the space, the crypto industry will mature. This will attract new investors.

This cycle will be a catalyst that sends cryptos higher.

But like the stock market, the majority of the gains will come from a select group of cryptos.

To navigate the ins and outs of this massive market, Ian King is the guy you want to follow.

I could go on for a while, but it’s better if you hear this from Ian himself.

To check out his “Crypto’s Third Wave” presentation, click here.

Ginkgo Bioworks Holdings Inc. (NYSE: DNA) is a synthetic biology company that develops platforms for cell programming. It is up 16%, continuing its upward trend from last week. This upswing started after William Blair and Morgan Stanley initiated coverage on the stock.

Harmony Biosciences Holdings Inc. (Nasdaq: HRMY) is a commercial-stage pharmaceutical company that develops therapies for rare neurological disorders. It is up 15% on the news that it will be joining the S&P SmallCap 600 Index next Friday.

iQIYI Inc. (Nasdaq: IQ), often referred to as the Netflix of China, is up 13% this morning. The move came after Citigroup updated its growth outlook for the business, which would push the stock’s price target above $10 per share over the next year.

Full Truck Alliance Co. Ltd. (NYSE: YMM) operates a digital freight platform that connects shippers with truckers to facilitate shipments across China. The stock is up 13% this morning even though it has no news to report.

Asana Inc. (NYSE: ASAN) operates a work management platform for individuals, team leads and executives. It is up 11% this morning on no particular news.

Dutch Bros Inc. (NYSE: BROS), the drive-thru coffee chain, is up 11% today on new industry data from Placer.ai, a location data analytics company. The data showed that visits to Dutch Bros are increasing at a much higher rate than Starbucks and Dunkin when compared to last year.

Goosehead Insurance Inc. (Nasdaq: GSHD) is a personal lines insurance agency that is up 10% this morning. It bounced back after dropping a bit yesterday due to a downgrade from Bank of America.

Novonix Ltd. (OTCMKTS: NVNXF) develops and supplies battery materials, equipment and services to the lithium-ion battery market. It has no news of its own to report, but it’s up 9% on a broader uptrend in lithium stocks.

SunPower Corp. (Nasdaq: SPWR), the solar power company, is up 9% today as part of a run-up in solar stocks. This comes in response to rising oil and gas prices. 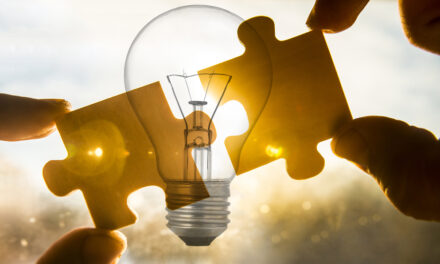 Next Step in New Energy Revolution 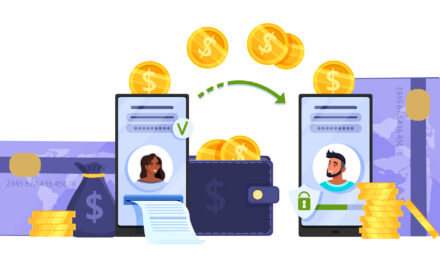