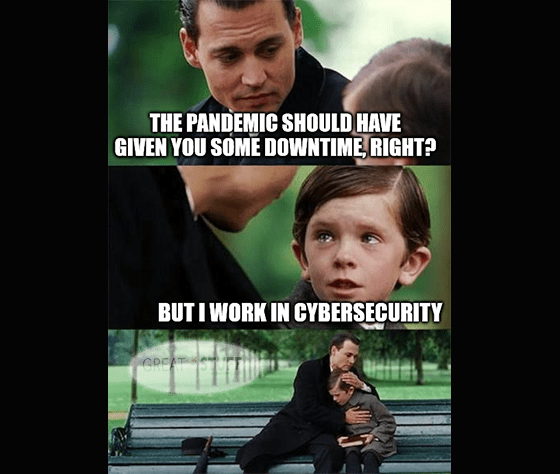 Natural resource security was the primary concern of the 20th century — with oil’s massive role in the global economy, it’s safe to say that’s true.

But, as Bob Dylan said: “The times they are a-changing…”

For the 21st century, cybersecurity is now the biggest concern. We’ve already seen cyberattacks on a crucial oil pipeline in the U.S. and a major meat supplier. A critical energy source and a crucial food supply — both at risk to cyberattacks.

What can I say but: “Welcome to the digital age, everyone!”

But this rise in cybercrime hasn’t slipped past you unnoticed, Great Ones. Of course it didn’t — you’re all Great Ones after all. Here’s what one of you … umm … attempted to write in:

With all the cyberattacks and ransoms paid in bitcoin because you can’t trace it, isn’t cybersecurity a…

Susan. Susan. Susan… Thank you for writing in again, but we just talked about typing in an email’s subject line yesterday! See, I have no idea where you’re going? Isn’t cybersecurity a what?

Here, I’ll assume for you: Isn’t cybersecurity a more critical investment now than ever?

Why yes, pseudo-Susan. Yes, it is.

Cybersecurity’s critical importance is exactly why Great Stuff Picks recommended buying CrowdStrike (Nasdaq: CRWD) in January 2020. Great Ones who bought in back then are up some 277% right now! See? It pays to read Great Stuff … literally.

Now, this should all come as no surprise to Great Stuff Picks investors. CrowdStrike has a long history of excellence in cybersecurity. I mean, the company even helped close the Government’s breach via SolarWind’s systems last year.

So, Susan, cybersecurity should be mission-critical for everyone right now. And CrowdStrike is the best way right now to invest in the cybersecurity market.

Great Ones should treat today’s CRWD dip due to — checks notes … valuation? Really? That’s absurd. — as a buying opportunity, especially if you haven’t already invested in this cybersecurity giant.

Editor’s Note: Did You Miss Paul Mampilly’s Next Level Summit?

You’re in luck! For a limited time, you can catch the replay right here. You will discover the secret behind Paul Mampilly’s most successful stock strategy of the last five years — and how Paul beat the market’s benchmark by an explosive factor of six! 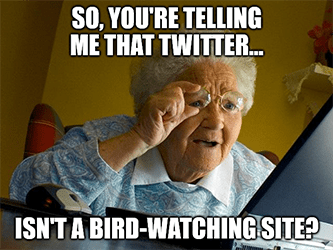 I have to be honest, Great Ones: When Twitter (NYSE: TWTR) let slip plans for a paid service last year, I was extremely skeptical.

What features would users pay for, exactly? Surely Twitter wasn’t trying to move into streaming video again. What a debacle that was…

Well, the tweet’s out of the bag, so to speak. Yesterday, Twitter announced its new subscription service: “Blue.” And I have to say, I’m impressed at both what Blue offers … and the price point.

Twitter Blue will launch first in Canada and Australia for $3.49 and $4.49, respectively, in local currencies. That’s a real sweet spot in the subscription model business. It’s just below the price point that Disney+ launched at, and we all know how well that went over.

It may not sound like much, but many of these are among the most-wanted features for Twitter users. And at that price point, Twitter should easily be able to hit its goal of 315 million paid subscribers by 2023 … especially once they unveil Blue in the states.

Twitter expects Blue to help it double its annual revenue to $7.5 billion by the end of 2023.

No. 2: Ford Flies With Maverick 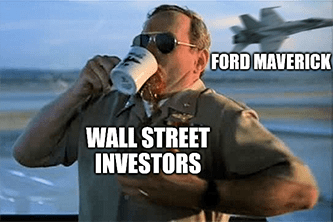 I know. I know. I already did a Top Gun-themed edition of Great Stuff this week. But Ford Motors (NYSE: F) just announced the Maverick entry-level pickup, and I feel the need … the need for speed!

With the average new vehicle selling for $41,000, buyers were all but saying: “Take me to cheaper vehicles or lose me forever!” Now Ford is showing them the way home, baby.

The Maverick is a light-duty, four-door pickup truck. And while Ford is tight-lipped on Maverick’s price point, analysts expect the truck to be priced near Ford’s EcoSport SUV, which sells for just under $20,000.

F stock rallied more than 6% following yesterday’s announcement, as investors grew excited about Ford finally adding to its entry-level lineup. After killing off all of its sedans back in 2018, the Maverick was a godsend for investors … and dealers alike.

Ford plans to start making the Maverick in July, with a goal of producing 120,000 per year. More information will be available next week once Ford officially unveils the truck … and I’ll be sure to update you once we know more. 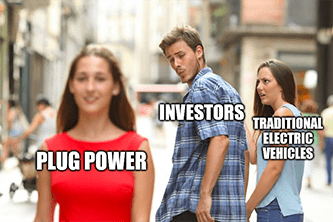 Remember back on May 15 when I said: “Once Plug Power clears the air on its financial restatement all the uncertainty surrounding this issue will evaporate and Plug Power stock can once again trade without all this baggage.”?

Well, Plug Power (Nasdaq: PLUG) is up a whopping 27% since the company cleared the air on its financial restatement. How do you like them apples?

Those Great Stuff Picks readers who got in back when I first recommended PLUG stock on October 23, 2020, sit on a gain of more than 100% right now. Yes, I know you’re down from peak gains of more than 200%, but we’ll get there again, you can be sure!

Why should you be interested? Because Plug Power just announced a massive joint venture with French carmaker Renault. Named “Hyvia,” the joint venture’s purpose is to develop hydrogen-powered light commercial vehicles.

Let’s be clear: This deal develops hydrogen fuel cell vehicles for regular consumers. Not commercial trucks or buses or power plants. Commercial vehicles. It’s all going according to the Great Stuff plan, I tell you!

PLUG rose nearly 4% on the Renault news, and I expect it to continue higher as hydrogen power gains momentum.

The EV market is on an absolute roll as cars go electric, sparking a trillion-dollar transition, and it’s shown extraordinary gains higher than 1,000% in a matter of a year. But what nobody is talking about is the real EV profit story… 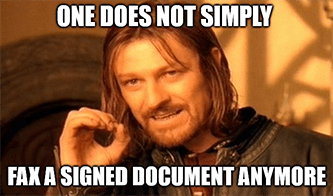 You know what’s better than a double-beat-and-raise report?

Two double-beat-and-raise reports — back to back. Impossible? No, that’s just DocuSign (Nasdaq: DOCU).

The more we talk up DocuSign’s brilliant reports, the more I feel like a shill for the dang company. I just hate paperwork … and leaving my house to go sign papers. I know more than a few of you have used DocuSign’s remote-signature services in the past, and it sure shows in the company’s latest report.

Earnings per share totaled $0.44 and destroyed estimates for $0.28 per share. Revenue rose 58% to reach $469.1 million, which handily topped expectations for $437.6 million. Forget Wall Street — both figures beat DocuSign’s own lofty predictions for the quarter.

Going forward, CEO Dan Springer is eager to differentiate DOCU stock from the rest of the work-from-home pack. While Zoom may have reign sovereign over the remote-work life, DocuSign’s digital paperwork prowess will hold strong even when folks do head back into the office.

Zoom might’ve made working easier throughout the pandemic … but DocuSign is making signing stuff easier forever. Here’s Springer again: “People are not going to go back to paper-based processes with little yellow stickies.”

It’s not just confidence — he’s right. DocuSign scratches every itch it needs to (sorry for the visual). Convenience? Check. No more waiting on a notary, hunting down a fax machine, etc. Does it save money? Double check. Paperwork will never be “paper” work again.

And what about security? Oh yeah: DocuSign’s “smart contracts” rely on the ultra-secure blockchain for their digital integrity — I mean, what did we just establish about cyberattacks?

Unlike its previous post-earnings sell-off, DOCU took off like a shot today, soaring upward of 17%. As much as I like the company’s disruption — and that’s disruption, not decentralization, mind you — this isn’t a rally you should chase.

If you haven’t taken a look at blockchain yet, it’s one technology you shouldn’t sleep on. Click here to catch up. 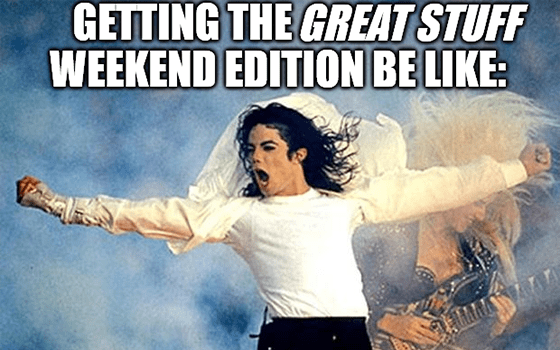 Welcome to the weekend, and yes, I do have another special weekend edition of Great Stuff primed and ready to go!

I’m not about to go and spoil the surprise for you yet. But let’s just say that if you thought Plug Power was your only way in on the green energy boom, you’ve got another thing coming … tomorrow.

Keep an eye on that inbox, and we’ll be around like a donut. Until then, why not hit us with your best shot — some thoughts of your own?

Whatever you feel like rambling, raving or ranting about, we’re interested. Drop us a line at GreatStuffToday@BanyanHill.com. In the meantime, here’s where you can find our other junk — erm, I mean where check out some more Greatness: 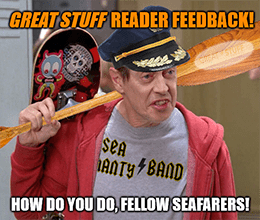 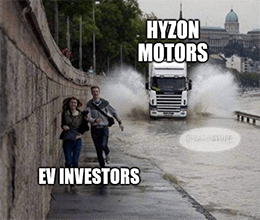 Hyzon Motors Is About To Go Public. Are You Ready For Decarbonization?