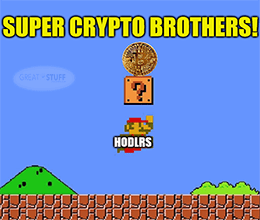 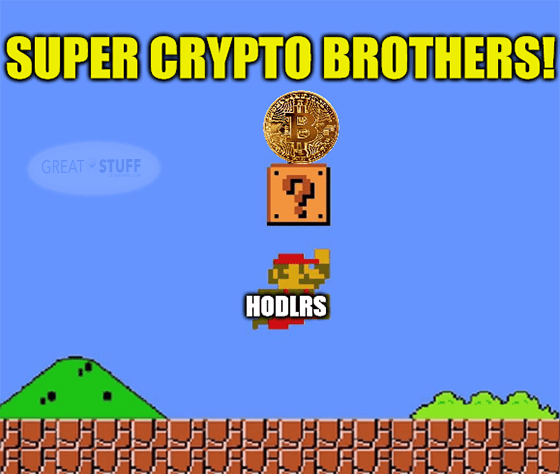 All Your Base Are Belong To…

Now everybody, have you heard? If you’re in the game, then Coinbase’s (Nasdaq: COIN) the word.

Yeah, cryptocurrencies have been volatile this year, but what else is new? All you “hodlrs” out there are painfully aware of that … especially since Bitcoin (BTC) dropped like 40% last quarter. But crypto confusion didn’t stop Coinbase from making bank.

For the second quarter, Coinbase said net profit literally skyrocketed 4,900% to $1.6 billion! I kid you not.

I know we throw “skyrocket” around a lot on here … there are only so many ways to say “gained bigly” and not be boring, after all. But if a 4,900% gain in net profit isn’t “skyrocketing,” I don’t know what is.

Revenue came in at $2.23 billion, also topping the Street’s estimate for $1.78 billion.

But those were just the headline numbers, and Coinbase covered all its bases.

For instance, “monthly transacting users” rose 44% to 8.8 million — i.e., those Coinbase users actually tradin’ and not just chillin’ on the site for fun.

And fortunately or not, Coinbase didn’t count its money while sitting at the quarterly report table. The company offered no formal guidance for the current quarter or the full year. However, Coinbase did note that trading volume would be lower in the third quarter.

That omission didn’t seem to bother COIN stock traders today, however, as the shares jumped more than 7% on the news. Apparently, COIN bulls believe that there will be time enough for countin’ when the tradin’s done.

One thing’s for sure, however: COIN is finally starting to recover some lost IPO ground. Despite today’s rally, COIN is still more than 24% below its IPO price.

That said, if you’re bullish on crypto but don’t feel like diving into Bitcoin, Dogecoin, Ethereum or any of the other digital coins out there, Coinbase could be just the crypto play you’re looking for.

The Good: Psst … Remember To Cancel That Free Trial 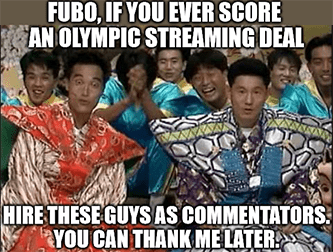 For a while there, everything looked FUBAR for Fubo (NYSE: FUBO), which is basically the only name in sports streaming — outside of NBC’s awful coverage of the Olympics, that is.

Seriously, was Peacock streaming the Olympics or some feel-good American Idol contestant story? I couldn’t tell.

Anyway, Wall Street is obsessed with the notion that, due to the Great Reopening, people would never sit inside and stream — no more!

Because of this big misnomer, FUBO shares crashed as much as 68% this year — the company’s losses didn’t quite help either — but Fubo kept on gaining subscribers. And Fubo’s latest report made it abundantly clear. Here are the numbers if you’re into the nifty nitty-gritty:

While it may not look like Fubo’s bringing in wads of cash right now, its growth is tremendous. Ad revenue — which notoriously plummeted during the pandemic before a recent comeback — shot up 281% year over year, up to $16.5 million.

And just like every other streaming service under the earnings spotlight, total paid subscriber growth was all anyone on the Street cared about. Good thing, too, because Fubo’s subs are up 138% year over year. The service now has 681,721 paying subscribers, with 91,291 of those viewers signing on last quarter.

Future pandemic uncertainty aside, the return of sports was the wind behind Fubo’s sales growth this past quarter (see also: DraftKings yesterday). Fubo also boosted its revenue and subscriber guidance for the rest of this year.

More subs, more money from said subs — what’s not to love? Shh, shh, forget about that little earnings loss — it could’ve been worse! It’s no biggie in the name of growth … right? Wedbush Analyst Michael Pachter thinks so:

Right now, the focus is subscriber growth, and the company is showing that it can adeptly expand its base while growing average revenue per user, particularly ad ARPU while keeping expenses under control.

Pachter thinks Fubo’s “praiseworthy” double-beat-and-raise warranted an outperform rating, and frankly, I don’t think his price target of $53 is that unreasonable either if Fubo can indeed meet its own goals … and the Street’s.

FUBO shares rejoiced nonetheless and soared 15% on the report.

Right you are, Ken.

The Bad: Ransom Where? 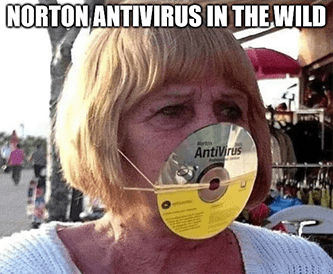 If Reese’s Cups are “two great tastes that taste great together,” then the combination of NortonLifeLock (Nasdaq: NLOK) and Avast is the exact opposite of that.

This “merger,” which is essentially a buyout by NortonLifeLock, is a match made in “Your Subscription Is About To End, Pay Us Now Or Else!” hell.

No, I’m not mincing words here. This deal’s getting worse all the time. Well, not really all the time … it’s a merger, so it’s happening like … one time? But still…

So, NortonLifeLock is plunking down some $8.6 billion to buy up Avast, making it the third-largest cybersecurity acquisition of all time. And that’s using the term “cybersecurity” loosely.

There’s a lot of synergy here in that both Norton and Avast focus on consumers and small-to-medium-sized businesses. You know, everyone who can’t afford the good stuff that CrowdStrike (Nasdaq: CRWD) makes.

“Our talented teams will have better opportunities to innovate and develop enhanced solutions and services, with improved capabilities from access to superior data insights,” said Avast CEO Ondrej Vlcek.

After the merger, Vlcek will be president of the combined company and gain a seat on the board. NortonLifeLock CEO Vincent Pilette will remain CEO of the new company.

“With this combination, we can strengthen our cyber safety platform and make it available to more than 500 million users,” Pilette said in a statement.

Setting aside my extreme dislike for Norton for a minute, this deal does work wonders for NLOK investors. It boosts the combined company’s userbase, revenue and growth. Avast is a much more trusted name in the online community than Norton, so that should give the new company a bit more “street cred,” so to speak. Enough so that NLOK stock rallied roughly 9% on the news.

The Ugly: This Won’t End Well… 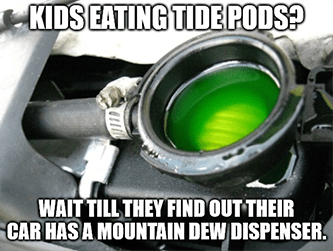 Remember when we told you about Boston Beer’s (NYSE: SAM) double miss and lowered guidance? And remember how it was all because alcoholic seltzer water just isn’t selling like it used to?

Well, clearly, Boston Beer had to do something about that … and quick. Remember, Boston Beer and SAM investors are fresh off both a craft beer boom and a seltzer stampede — they need to keep that momentum going. So, what did Boston Beer come up with as the new trend?

Alcoholic Mountain Dew. This isn’t your granpaw’s “Head for the mountains of Busch … beer.” It’s a new kind of “mountain” to be sure. The partnership with PepsiCo (Nasdaq: PEP) even has an edgy name for the drink, too: HARD MTN DEW.

The new HARD MTN DEW will come in three flavors: original green death, black cherry and watermelon. It will also come in at 5% alcohol by volume.

I’m typically a guy who will try anything once … but this even gives me pause. Who’s this drink for? Retired skateboarders jonesing for the good ol’ days of riding half-pipes while chilling at backyard cookouts they drove to in their minivans?

Also, I can’t help but think there’s a lawsuit coming down the pike. After all, they went after Juul for peddling nicotine to kids using flavors like mango, crème and fruit. How long until someone claims the same for HARD MTN DEW?

This new Boston Beer creation might do well for a short period of time, but it won’t replace either the seltzer or the craft beer boom. And if this is Boston Beer’s first answer to replacing that lost revenue, I can’t wait to see what it comes up with next.

Request: Can we get a hard “Hi-C Ecto Cooler,” please?

Oh, there you are! The star of the hour. We were just rounding up the answers to last week’s poll. I’m sure you voted in it … right?

This time last week, we wanted your take on the unfolding Robinhood (Nasdaq: HOOD) situation. The new one, that is. You know, Robinhood’s IPO? Apparently, 5.8% of you out there completely blanked on the whole thing…

A not-so-surprising 50% of you said “Good heavens, no!” to Prince John’s raid on the retail market. It was close, though: Another 44.2% of you were up and ready to buy into the HOOD, and like I said, you’ll find no judgment here … publicly.

Where this gets interesting, however, is when we compare last week’s poll to the one back in March when we asked you the same thing. Robinhood had just “quietly” announced its IPO plans, but 40.6% of you were already thinking “absolutely not!” to that B.S.

See, only 24.8% of you had said you were all ready to buy in. The last 34.6% of you were undecided, but clearly, more of you decided on “buy” than otherwise.

What a difference five months makes, eh? Now, that’s a lot of numbers, and it’s either too early or too late in the week for more of that “math” nonsense. You look like you could use a little pick me up — just a lil’ something to wet the whistle.

The question is … may I interest you in a boozy Mountain Dew? No?

Fine … what’ll you have, then? The Great Stuff bar is open! What are you drinking? Let me know in the poll, won’t ya?

And before you write in to worry and say I have a drinking problem, this is … checks notes … market research. Since the seltzer makers of the world can’t figure out what y’all want to drink, we’re asking you directly:

Thanks for chiming in to the poll! If you have more to share on the matter — don’t lie, I know you Dew — why not drop us a line in the ol’ inbox-a-roo?

Hit us up at GreatStuffToday@BanyanHill.com. We’ll catch up with the results for today’s poll this time next week! 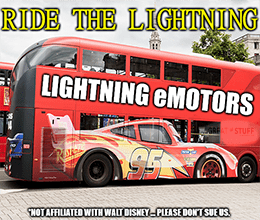 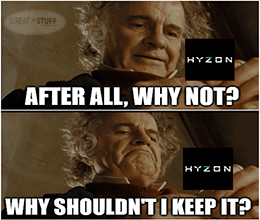