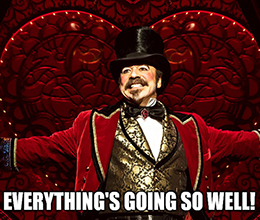 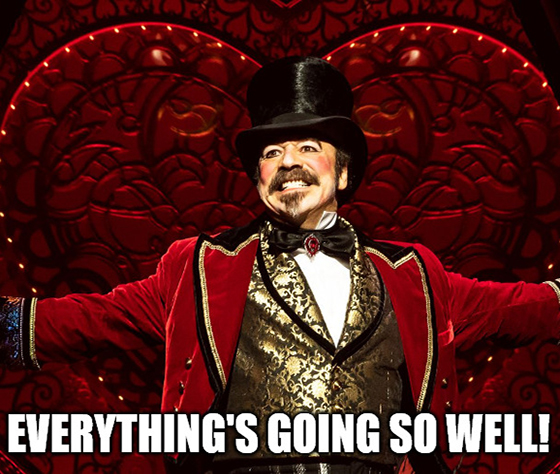 Well color me happy, the market is on a four-day winning streak!

Following on the heels of yesterday’s impressive payrolls data, the major market indexes are retesting all-time high territory. Today’s driver was news that China will cut retaliatory tariffs on some U.S. goods in half.

According to China’s Ministry of Finance (not to be confused with the Ministry of Silly Walks), the tariffs were slashed to “advance the healthy and stable development of China-U.S. trade.” Not the warmest of Valentine’s Day cards, but considering the pair had more than a yearlong argument … it will do.

The next steps in U.S.-China trade relations now depend on how further talks proceed. China noted that it hopes to collaborate with the Trump administration to get rid of all tariff increases.

Is it time to ’Murica things up around here a little bit?

I think it is.

I’ve said it since the beginning: All that holds the U.S. economy back are the trade war tariffs. We saw that pressure ease up a bit at the beginning of the year with the signing of the “phase 1” trade deal. And now, we should see it ease even further as trade relations between the world’s two biggest economies continue to normalize.

That calls for a nice loud “Ooh-rah!” And we’re seeing it in the markets today. (I can’t be the only one with the Hulk Hogan theme song in my head right now, brother.)

The Dow, the S&P 500 and the Nasdaq are all inching closer to all-time high territory, as Wall Street cheers falling risks to volatility and more normalcy in global trade relations.

Now, I won’t say there aren’t still risks involved here. It’s quite possible that China is pushing harder for a trade war resolution due to the economic impact of the Wuhan coronavirus. I’d bet money on it.

Clearly, the U.S. has the upper hand. The pieces are now in place for America to come out on top of this long-winded, whimpering trade war.

We’re on the verge of a whole new America — a country stronger and more durable than China can shake a stick at. America 2.0, if you will.

If you click here now, you can learn how you could benefit from Paul ’s No. 1 stock to buy for the new America.

The Good: For the Birds 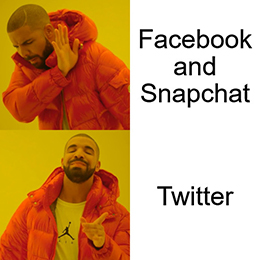 Who would’ve thought that Twitter Inc. (NYSE: TWTR) would emerge as the “choice of a new generation” in social media?

That may exaggerate things a bit, but Twitter’s latest trip to the earnings confessional was certainly impressive. Yes, earnings missed expectations by $0.04 per share, but revenue topped $1 billion for the first time. And daily active users came in at 152 million — blowing past Wall Street’s estimates.

During a call with investors, CEO Jack Dorsey said that he sees “Twitter more as an interest network [rather] than a social network.” I think Dorsey sells Twitter short with this statement.

Twitter clearly isn’t perfect, but it’s a far cry from Facebook, which has barely given token responses to either issue. As Twitter continues along this path, I expect it to gain even more market share in social media.

The Bad: Hitting the Wall 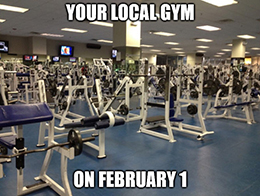 I’ve never been a fan of Peloton Interactive Inc. (Nasdaq: PTON). The company’s video-imbued stationary bikes just don’t appeal to me at all. I’d rather ride (or preferably run) outside.

But I get Peloton’s popularity. I also get that these kinds of workout fads eventually die. Judging from the company’s recent quarterly report, the company isn’t dead, but it’s seeing a slowdown … one that I think will accelerate this year.

By the numbers, the company beat earnings expectations but missed on revenue. Sales growth slowed from a 103% gain in the fiscal first quarter to a 72% gain in the second quarter. Subscriber numbers rocketed 96% higher on the quarter, but that was still a slower pace than the first quarter’s 103% spike.

These numbers all look rather impressive, but there’s some important context to be aware of. This slower growth occurred not only during the holiday shopping season, it happened during peak workout and New Year’s resolution season.

Investors punished PTON shares today for slowing growth. I wonder how much they’ll punish the stock once everyone gives up their subscriptions this month. We all know most resolutions to get healthy die a horrible death in February. I foresee those Peloton subscriptions following the same path.

Fiscal third-quarter numbers will be a wake-up call for PTON investors on the reality of this fitness fad.

The Ugly: Bump and Run 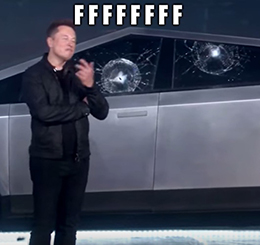 Thanks to Tesla Inc. (Nasdaq: TSLA), I get to use one of my favorite words twice in one week: flabbergasted.

During TSLA’s three-day run from last Friday through this Tuesday — when Tesla stock surged nearly 40% and short sellers lost billions — more than 22,000 investors bought TSLA for the first time on free-trading app Robinhood.

I was floored … nay, I was flabbergasted! Essentially, a bunch of millennial “under-the-desk” investors (Robinhood’s primary demographic) not only spiked TSLA stock, but also royally burned short sellers. It was as delicious as it was scary.

However, TSLA is now paying the price for this little bump and run. The stock has plunged roughly 23% in the past two days, effectively resetting this week’s gains. Not only that, but we’re seeing the resolution of a technical pattern called — what else? — a bump and run.

I won’t go into the technical details (you can find an explanation here), but the chart below essentially illustrates the pattern: 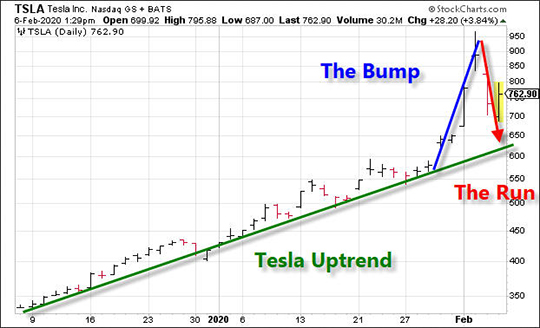 If Tesla follows the traditional bump-and-run pattern, temporary support lies in the $600 to $650 region. Then, once the bargain-hunting dries up, the shares will dive further due to more profit-taking. Many investors are up 100%, 200% … even 400% on their TSLA positions right now. They won’t let those gains go to waste.

Now, I said “traditional,” but Tesla is far from traditional. The stock has a cult-like following. In other words, buying support could hold on long enough to invalidate this pattern, or at least drag it out for some time.

Welcome back to another edition of Great Stuff’s Reader Feedback!

In this weekly column, I read your emails and … provide feedback. It’s kind of in the name, huh? My wife says I tend to overexplain things … I think she’s on to something.

Anyway, let’s dive right in to the ol’ mailbag!

First up, we have Gary F. and his take on Tesla:

Read your e-article today on Tesla earnings report, et al. results. Let me share: I am not a bear or bull. I am a trader. I have mostly taken the bull side when trading Tesla and always with options trades. I have recorded many profitable trades over the last six months, especially when I was patient when entering with buying call options or hedging with put options.

My bias has been to keep a long call position — even when buying puts or placing a spread in the options with consideration of the wide price ranges Tesla stock has traded in over that period.

Got to love the volatility. I am strictly a price movement/timing specialist trader, but do enjoy reading some of the rhetoric and banter between the bulls and bears. It is useful to know their position views. This along with the analysts that feed both sides of the market.

What I also know is that earnings reports and forecasts based upon them are the MOST inaccurate way and misleading way to judge a business. That in terms of the business as a profitable entity with sustainable growth and market viability.

Tesla is no different in that regard from any other company. There simply is no uniform reporting method used or required by the SEC beyond some standard category numbers. Therefore, a company can use any of dozens of accounting (legal) reporting methods when submitting data. Talk about biased reporting!

Tesla is likely to stay on an upward price bias for the remainder of the next three quarters of 2020. BUT, not without some large price adjustments along the way.

Keep feeding the bears so that profitable trade opportunities will exist repeatedly in 2020.

This guy trades. Gary, you are dead-on with your “large price adjustments” remark … especially since you sent this in before Tesla’s plunge this week. I’m not sold on the upward bias for 2020 yet (as I noted above), but if you’re trading options, that hardly matters.

I love the way the info was presented. I do know that TSLA will hit $1,000 shortly, no doubt about that. Where will the rally end? Maybe after it hits $4,000 a share. Who knows? But what options (insurance) do we have to hedge this one? What goes up must eventually come down. I look forward to your thoughts on this.

Sorry, Garfield, but it looks like you’re going to have to wait a bit longer for $1,000 TSLA. (I’m trying really hard not to make lasagna jokes, by the way. I’m sure you’ve heard them all.)

As for options insurance? There are two simple options (Options on options? Ugh.): First, you could buy TSLA puts as a way to profit from any declines in the shares. Second, if you own TSLA stock, you could sell covered calls to earn some income while you wait for the stock to rebound.

As always, be sure to check with your broker and do your homework before trading any options, however — and be sure to consult Banyan Hill expert Chad Shoop!

Finally, Mike B. explains it all on “socially responsible” investing:

This week, you asked for insight into the responses received with respect to how much social responsibility plays a part in investing. I am one of the respondents who answered “Not at all.”

Perhaps the responses that you received are framed, based upon interpretation of the question asked. I interpreted the question to ask if I considered a company’s social responsibility in making investment decisions. My answer is, emphatically, “NO.” The only “green” that concerns me is the dollars generated in my bank account.

If a company has a sound business plan, a strong management team and operates with a solid potential for growth within its market, I will invest regardless if that company has a “progressive” mission or a “traditional” mission.

That is why my portfolio has both big oil and renewable energy companies, and both tobacco product producers and biotech firms developing methods to treat cancers. Turning greenbacks into more greenbacks is what I consider “green investing.”

Thanks for writing in, Mike! Your perspective is dead-on. I was somewhat interested in Great Stuff readers’ opinions on corporate social responsibility, but more interested in whether “green” companies were a growing part of their portfolios for investment reasons. You know, turning green into greenbacks.

Note to self: Be more careful with poll wording in the future. Thanks again!

That’s a wrap for today. But if you’re still craving more Great Stuff, you can check us out on social media: Facebook, and Twitter. 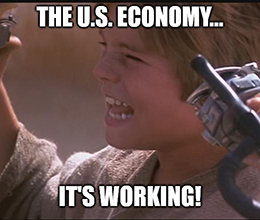 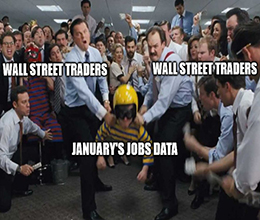