About seven years ago, I decided to buy my 2-year-old son his first share of stock.

I thought it was a great gesture and a neat idea. The website, GiveAShare.com, puts it in a frame with a nice little quote on it to give as a gift.

It wasn’t much of an investment, though. It was more of a unique gift.

But had I spent that $100 on another item gaining attraction in 2010, I would have made my son a millionaire today.

It first came on the scene in 2009 as a digital currency, but it took some time to gain traction. In 2010, a user used 10,000 bitcoins to buy two pizzas and have them delivered. This was the first time it received a concrete value — about $0.003 per coin.

With all the hype surrounding the digital currency, I’m sure it has you eager to find out how to benefit. After all, there are funds rapidly trying to bring a bitcoin exchange-traded fund to the market as we sit here, so it may be easier any day now.

One thing about bitcoin, though, at least so far, is that after every massive surge it experiences, it plummets shortly after.

Sorry to Burst Your Bubble

Bubbles are one thing, but bitcoin is constantly going in and out of bubbles. It has only been around since 2010, yet it has had surges of more than 400%, not once, not twice, but three times, and all in a short time frame.

Today we are going to look at each of these surges and see what they tell us about the latest one. 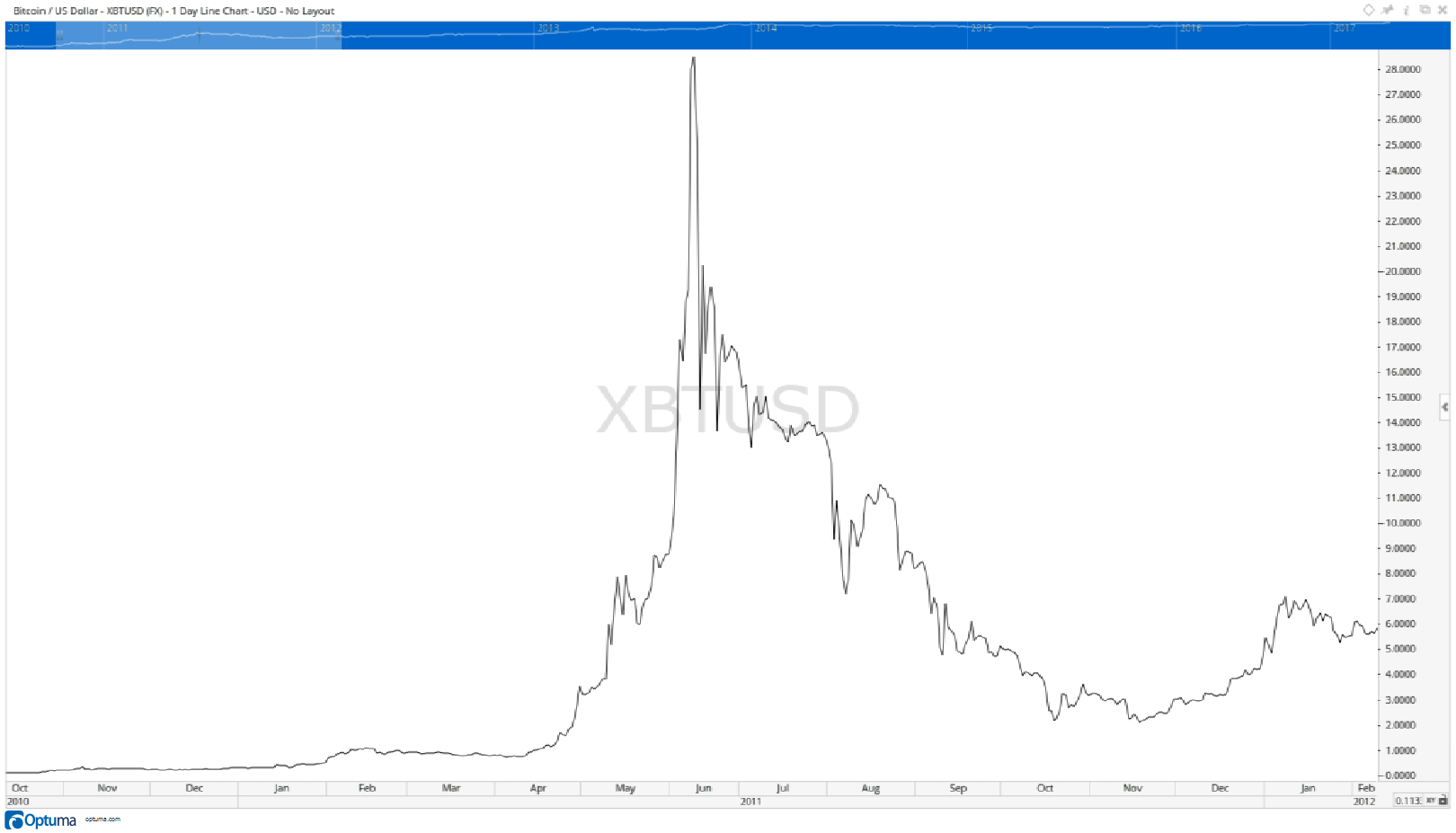 The price spiked from less than a buck to nearly $30 in just three months. But the following six months saw that rally get wiped out. 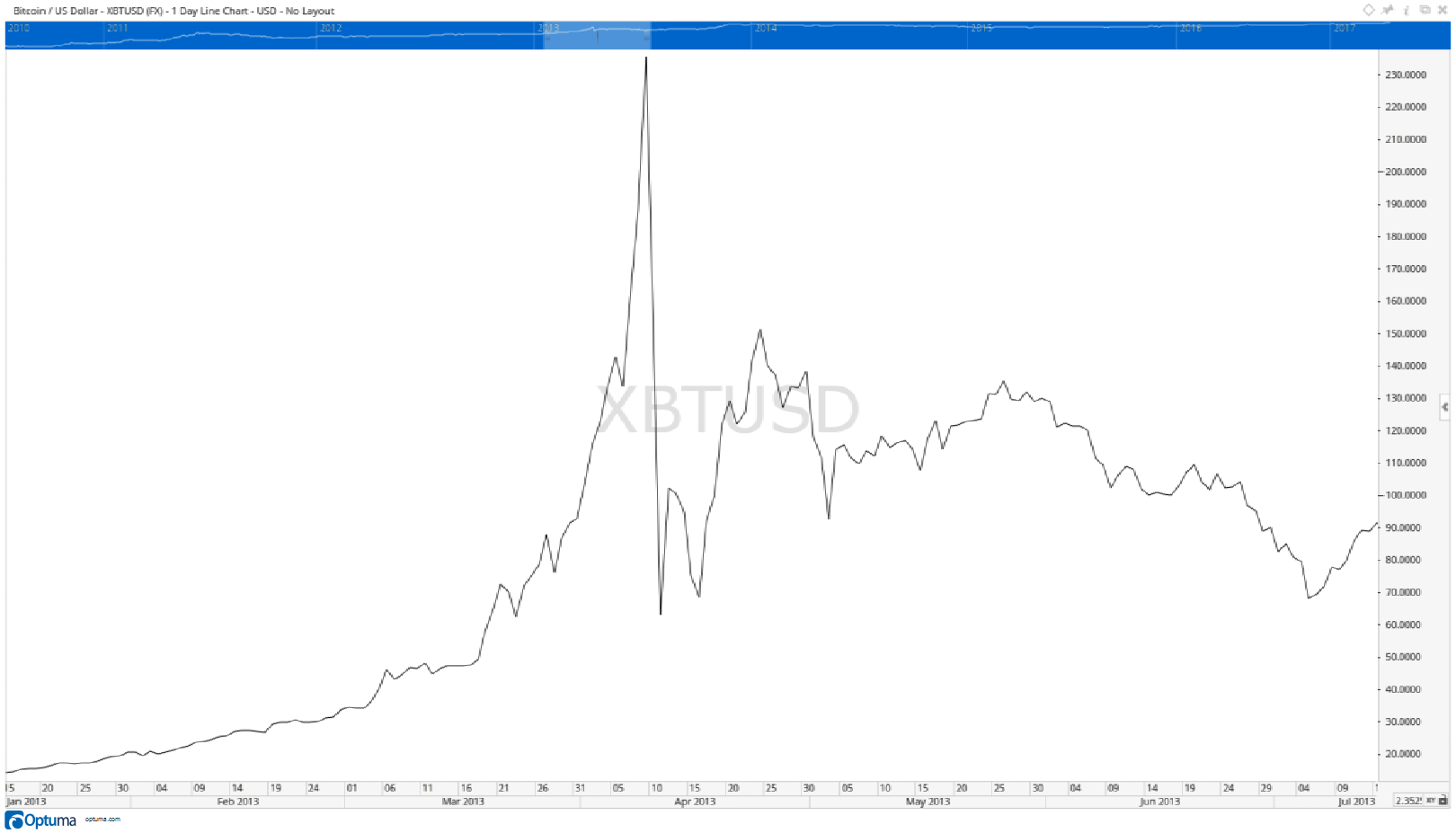 This spike was erased in just days after the system bitcoin runs on, which is supposed to be unhackable and flawless, broke, causing panic selling.

The spike took just a month, and the collapse was just a day.

Then, just a few months later, there was another huge spike of 900%: 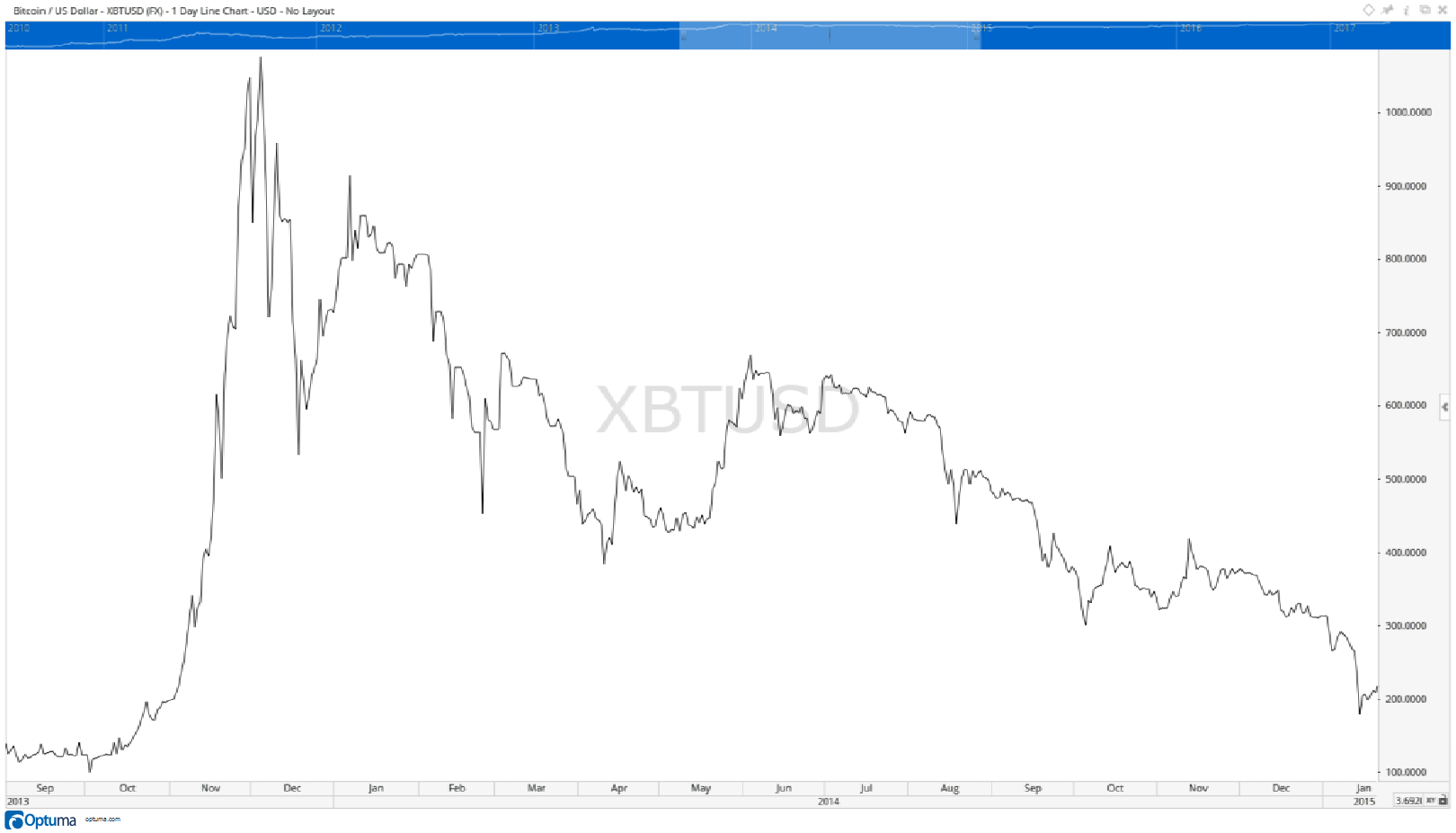 The jump happened in just two months, but the sell-off lasted over a year — although it still retraced almost the entire rally.

Which brings us to where we are today, another significant spike: 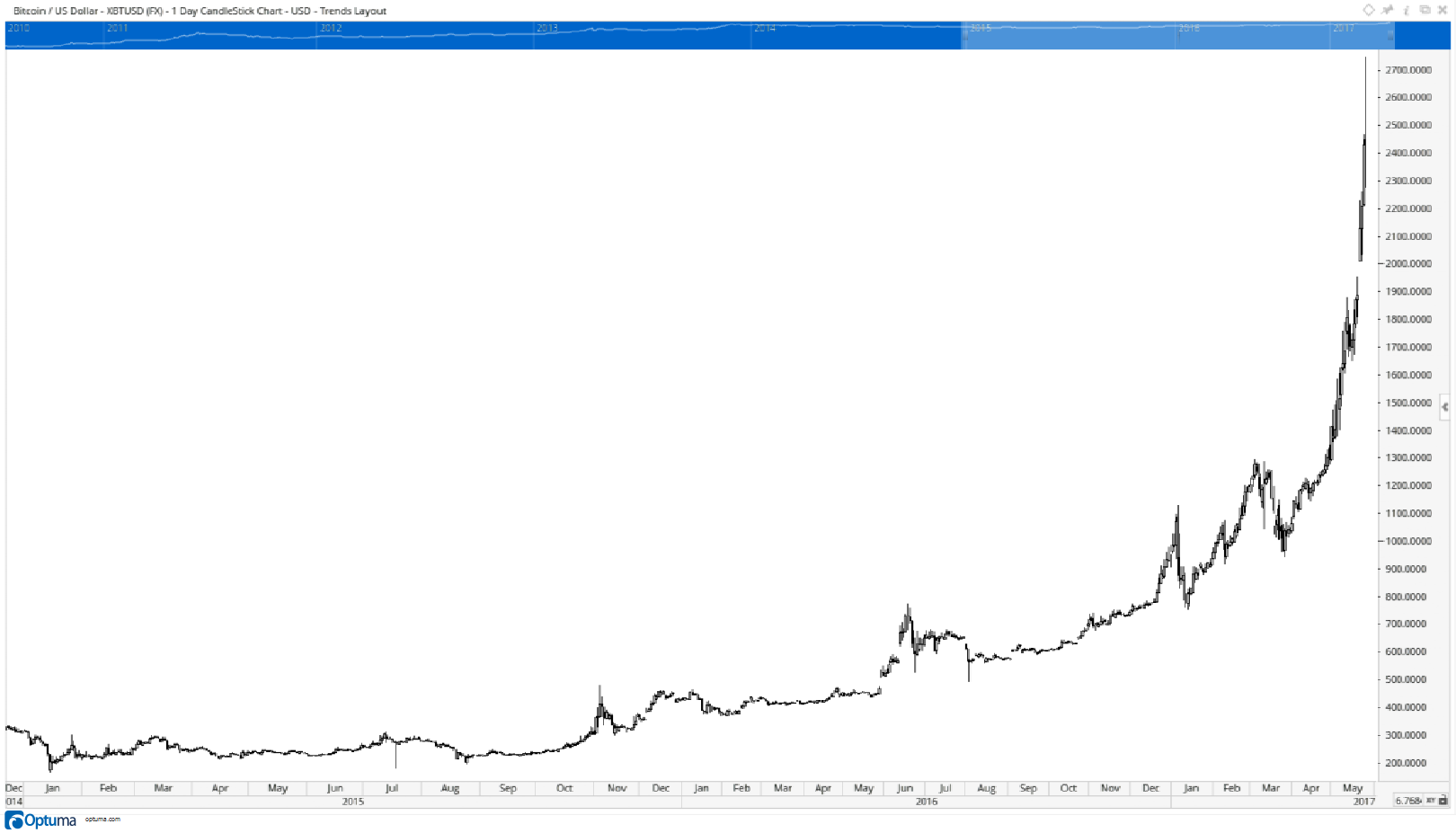 When the spike technically started is hard to tell. From bottom to top, it started in January 2015 — a two-and-a-half-year rally.

But, more recently, it’s fair to say it started around the $1,000 mark and has nearly tripled since then.

Bitcoin could continue surging, but based on the past bubbles we have seen with it, a collapse seems promising.

Whether it plays out over a few days, a few months or a year, you’ll have a better opportunity to buy bitcoins.

While we all may have the angst of not buying $100 of bitcoin in 2010, don’t make the mistake of chasing the cryptocurrency now.

You Could Lose It All by Text Message