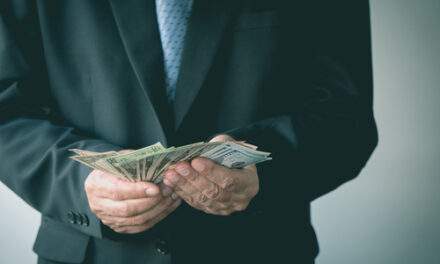 My son was face-down on the ice when the opposing team scored the go-ahead goal.

He plays travel hockey and is a strong defenseman. When two kids were attacking his net, he made the right play and took away the pass.

But the kid with the puck was the best kid on the other team. He was happy to take the shot, and score.

See, my son is a smart athlete who can take the “right” play and pick it in every situation. There’s just one problem…

My son has had to fight to adjust to real-time plays and make the best decisions on the fly. In the markets, we have to do this all the time.

There are simple rules of thumb that are the “right” plays in the market, like “don’t fight the trend.”

But, every now and then, it can actually pay to fight the trend.

And today, we have one trader making a huge bearish bet that does exactly that…

Why the Big Money Is Breaking Rule #1

Semiconductor company Nvidia (NVDA) has been on a very strong run these past couple of weeks.

The sentiment from unusual option trades last Friday was still mostly bullish on the stock. But that was just from the quantity of trades.

When I looked at where the big money was flowing, one bearish bet stood out.

It was the biggest unusual activity on Nvidia last Friday, with a big bet for NVDA to tank by this Friday, April 1.

And when you see the price chart below, you may wonder what’s so bearish about it. 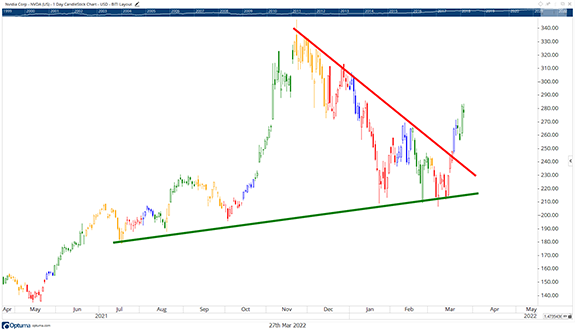 NVDA shares are clearly in an uptrend. The green support shows shares have been making higher lows, and the recent breakout above the red resistance level means we are above recent highs.

The “right” play is to not fight the trend. So why did this Big Money trader make a bearish bet?

It’s all about timing…

With the option set to expire this Friday, it doesn’t matter what kind of month or year Nvidia’s stock is about to have. It doesn’t matter if semiconductors are the stocks to own for the next decade.

That’s the beauty about being a trader. None of that matters.

All I care about is NVDA just broke out higher on a 30% surge in three weeks.

A reversal is the smart play this week, even if it isn’t the “right play” based on the typical rules of trading.

It could turn out to be perfect timing for a quick drop in the stock… or a waste of money.

Only time will tell, but this Big Money trader won’t have to wait long to figure out.

This may prove to be one of those times it’s worth bucking the trend.

Chart of the Day:Bottom’s In, So Bottoms Up! 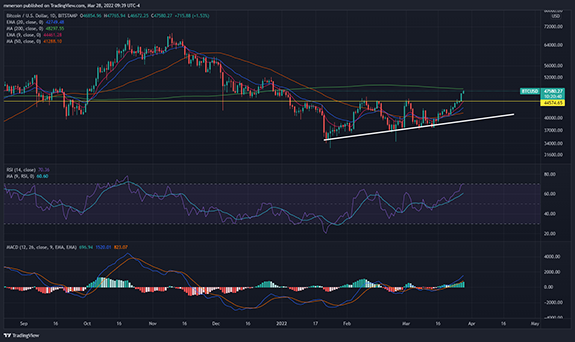 Bitcoin’s price action this weekend is giving us reason to celebrate as we kick off the week! Were it, say, a Friday night, I’d suggest champagne.

But it’s Monday morning, so I’ll settle for a mimosa.

In all seriousness, the downtrend in bitcoin appears to be just about done. BTC printed a new local high after a textbook ascending triangle pattern that’s been forming since late January.

This is a trend-changing breakout. Expect higher BTC prices over the next several months, more than likely culminating in new all-time highs.

This week, though, watch the 200-day moving average. This is the last remaining barrier for BTC to break before it enters a definitively strong bull trend. We’re likely to meet some resistance there, potentially even sending bitcoin back to the former resistance at $45k.

Short-dated put options on BITO, and long-dated call options on the same, might make for a nice one-two punch of a trade.