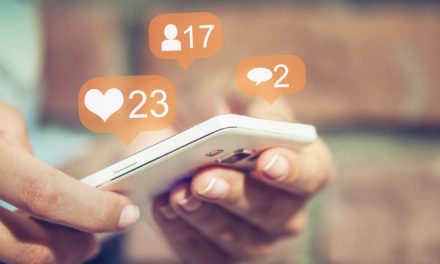 I blew my youngest daughter’s mind the other day.

I told her that when I was growing up, we couldn’t see the person we were talking to on the other end of the phone.

Mouth agape in stupefied wonder, she exclaimed: “You couldn’t??!!”

I thought about it, but I didn’t have the heart to tell my older daughter that we had no social media when we were growing up either.

Angst springs from so many other sources at home. Why add this to the list?

But it is an interesting concept.

More than 2.3 billion people use Facebook every month. Even more use at least one of the company’s core products. Those are Facebook, WhatsApp, Instagram and Messenger.

And billions more use one of the many other social media tools we have access to.

Social media has filled our lives with information in ways that were tough to imagine two decades ago.

It is where I find some of my best investing news today.

So, it stands to reason that what happens on Facebook and other social media platforms can help you make money in the market.

In a recent update of their 2016 paper, three business school professors from England and the Netherlands showed it does.

In another study, two business professors from the U.S. and Lebanon learned Twitter can be used to add value. It can help stock prices. But not necessarily how you would think.

Firms benefit from using the platform to release their news. However, certain firms gain even more.

The firms that benefit the most interact with users. Marketing “with” customers is more valuable than just marketing “to” them.

There are other papers on this topic. I only profiled a couple.

You are likely aware of examples when a social media post affects stock prices. We see it all the time. Here is one from April 2013:

The hacked post caused the erasure of billions of dollars from the U.S. stock market:

What Does This Mean for Me?

This provides us an opportunity.

One way to trade it is to watch social media for news you can act on.

The authors of the second paper I highlighted saw this is most effective with smaller firms. Larger firms have more resources to disseminate their news via many outlets. More analysts cover them, too.

If a smaller firm only releases news via a couple sources, you are more likely to be able to trade on it before others.

There’s also an exchange-traded fund (ETF) that can help you act on people’s social tendencies.

And there’s something to this logic. It works.

BUZ has been trading since April 2016.

Over this period, it has outperformed the S&P 500 Index:

After some initial struggles, the BUZ ETF outperformed the S&P 500 each year.

The ETF tracks an index that attempts to profit from social media’s effects on stock prices. The fund doesn’t release the names of the stocks it owns. And it adjusts them monthly to capture the latest big data insights.

If you appreciate the power of how emotion and news can affect stock prices, you should look into this ETF. 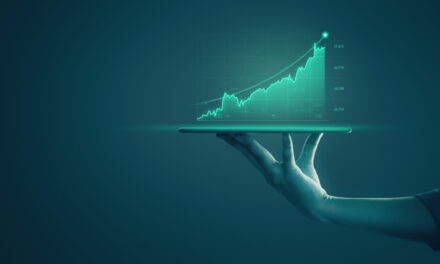