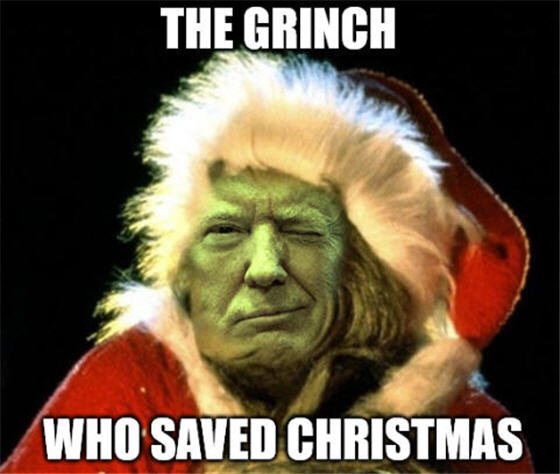 I knew there was another reason for the delayed tariffs that I overlooked.

Yesterday, I riffed on the “Pavlov’s dogs” motif when talking about the market’s reaction to the tariff news. You know, the news that the 10% tariffs on Chinese imports would be delayed until December 15 from September 1.

Every time the White House rings the bell, the market reacts. It’s not a hard comparison to make.

Anyway, the tariffs were supposed to impact cellphones, laptops, video game consoles, toys, sneakers and clothing. Then it dawned on me that you couldn’t find a more generalized Christmas shopping list if you tried.

The only thing this list is missing is a puppy. The day we have tariffs on puppies will be a sad day indeed. Just imagine the rise in production costs for Hallmark holiday movies alone!

After the initial shock wore off, analysts were quick to point this fact out. Isaac Boltansky, Compass Point’s director of policy research, told Yahoo Finance’s “On the Move”:

The delay is more about jolly ol’ Saint Nick than it is about the trade talks themselves. This is about shielding the American consumer heading into the holiday season.

Indeed, most merchandise will already be shipped stateside and on the shelves by the time these tariffs kick in.

We’re all familiar with the Grinch who stole Christmas, right? The Grinch takes everything from Whoville (even the roast beast!), but has a change of heart and gives it all back.

The current U.S.-China tariff situation isn’t far off that mark. Realizing that U.S. consumers would actually notice this round of tariffs, and at the worst time of the year possible, the White House has had a change of heart.

So far, the American consumer has been largely shielded from the U.S.-China trade war. I mean, nobody is buying steel beams at their local Home Depot.

But toys? Laptops? Cellphones? Slap tariffs on those and Americans will notice.

Slap tariffs on those during the holiday shopping season? Heads will roll.

So, we have a reprieve for now. It might be enough to keep the market happy for at least another couple of months.

It also gives you enough time to prepare your investments accordingly. We’ve already seen how the market is going to react once these new tariffs go into effect. Wall Street telegraphed that move last week.

You need to act now so that you are ready when that happens.

Click here now to find out how to prepare for the worst. 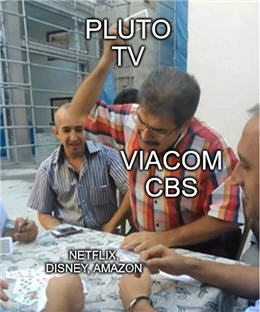 We have a new contender in the race for online streaming and cord cutting.

The all-stock deal is estimated to be worth $50 billion and combines content from CBS, Showtime, Comedy Central, MTV, Nickelodeon, BET, and Hollywood film studio Paramount Pictures.

But Viacom has Pluto TV — a free online TV streaming service with commercials. Pluto TV has soared in terms of monthly active users this year, and now sports more than 18 million regular viewers. In fact, people watching Pluto TV on their TVs (seems a logical choice) surged 400% in the past year.

And that was before the CBS deal. With a new slate of CBS channels opening up on Pluto TV, the service is now a serious contender in the online streaming market. 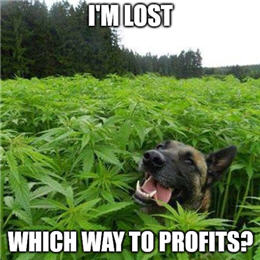 Who knew it was so hard to grow pot and make a profit?

Revenue came in at $45.9 million, beating the consensus target of $40.3 million. However, the results were not as spectacular as its cannabis-sector peers.

Tilray also raised concerns regarding the oversupply of pot in Canada.

TLRY shares were up more than 8% yesterday ahead of the report. That enthusiasm has faded considerably today, with the stock down more than 12%.

The Ugly: We Co. Goes Public 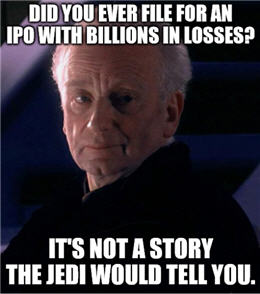 Apparently one of the hottest initial public offering (IPO) trends this year is billions in losses.

WeWork parent We Co. just officially released its IPO paperwork … and there’s not a lot of “paper” to be found. In fact, the company is about $1.6 billion in the hole.

By the time they finally go public, We Co. should be on par with the Ubers and the Lyfts of the world. What’s more, WeWork is even less of a technology company than Uber or Lyft. The ride-hailing companies are at least working on driverless cars.

WeWork is a glorified real estate rental company with a flashy app and online presence. You might be wise to hold off on this IPO.

There are better IPO ideas out there … much, much better. And Paul and his team have you covered. Click here now for the best IPO investment ideas on the market!

That’s the sound of your investment income being sucked away by low interest rates.

Falling interest rates have consequences. When the Federal Reserve cuts interest rates, it means easy money for Wall Street. But it also means that the yield on your retirement income vanishes.

Are you an investor relying on fixed income sources such as bonds, Treasurys or corporate debt? Your portfolio has probably been trashed in the past decade. Interest rates were finally starting to rise and give you some relief … and now this.

But Ted Bauman can help you solve that problem — not just temporarily, but permanently.

Read his latest article to find out more: “These Hidden Gems Will Outperform Big Data Stocks.”

Even better … check out Ted’s secret to not only preserving your wealth, but growing it by up to 10X! Click here to get started.

Dear reader, there are few things I like better than finding an underloved company scoring big profits and huge growth.

But finding such a company in a $4.2 billion market? That’s golden.

Tivity Health Inc. (Nasdaq: TVTY) is a major player in the $4.2 billion wellness market. The company’s flagship product, SilverSneakers, is a fitness program for retirees that is offered for free by dozens of insurance plans, including Medicare and Medicaid.

This year, Tivity garnered a bad rap on Wall Street. Back in December, the market lopped about $1 billion in valuation off the company after it announced it was acquiring Nutrisystem — an iconic name in the weight-loss and weight-management market.

Wall Street was worried that Tivity overpaid for Nutrisystem, which had struggled with declining revenue in 2018.

However, those talking heads were unable to put two and two together on this deal. Tivity now has the complete retirement wellness package. It has a “calories in” product with Nutrisystem — a well-known brand in the market — and a “calories out” product with SilverSneakers.

In other words, with the right health insurance plan (including Humana, UnitedHealth, Medicare and Medicaid), senior retirees can get a complete health and wellness package.

And every day there are roughly 11,000 more retirees in the 65-plus age group — Tivity’s target market.

So, what about the money?

Tivity has growth in spades. The company recently reported second-quarter earnings of $0.64 per share (up 20% year over year) on revenue of $340.38 million (up 104% year over year)! Both figures blew past Wall Street’s estimates — which should come as no surprise, since analysts have downplayed Tivity since it bought Nutrisystem.

Anyone paying attention knew the synergy between Tivity and Nutrisystem was there. We are now seeing the results of this acquisition — and it will only grow from here. For instance, the company is expected to see revenue grow more than 80% this year.

Tivity is also resistant to any blowback from the potential rise of “Medicare for All.” It’s already in the Medicare loop and should benefit if Medicare for All gains broad acceptance due to more access for more retirees.

Finally, Tivity sports a lowly price-to-earnings (P/E) ratio of just 10.61 and is trading 72% below its average consensus price target of $31.63.