Home » True Options Masters » Are You Ready to Step Into the Fast Lane?

Are You Ready to Step Into the Fast Lane? 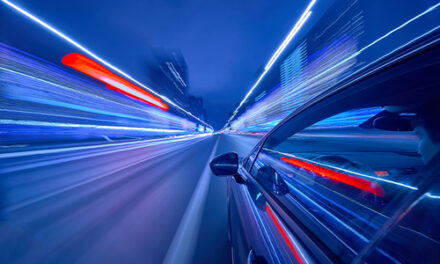 I take a lot — a lot — of pride in delivering the best damn financial e-letter in the business to you.There’s this old saying in our industry — put your best stuff in the daily newsletter, and people will line up to buy your premium research in droves.That’s how we make our money. We do our best to create a good first impression. We build a relationship with our readers. And they reward us by unlocking our premium subscriptions.And frankly, I love this model. If we don’t deliver, you don’t pay us. The pressure’s on us to deliver quality. There’s nothing that could motivate us more to put our best ideas in front of you.So that’s why I’ve been making a pretty big deal about the awesome trades I’ve made from Chad’s guidance lately…

If you caught our newest Monthly Market Outlook last week, you heard that I made two 100%+ options gains from Chad’s recommendations last month.His sector of the month for October was utilities, so I bought a call on the Utilities ETF, XLU, on October 1 and sold it on October 20 for a 109% gain.Bam! A $286 profit on two contracts.  Then on Thursday, October 21, Chad brought our attention to Applied Materials (AMAT). Chad was particularly bullish on the stock, so I bought a call option.Bam! The next day AMAT shot up and I sold the call for a 132% gain, a $485 profit.Then during the Outlook last week, Chad said his sector of the month was consumer staples. And I said in the video: “Chad, when we hang up I’m going to go and buy a call on this sector.”Three days later, I sold for a 68% gain — $280 profit.In that same video, Chad also brought our attention to several consumer staples stocks that looked promising on the Relative Rotation Graph. One that looked particularly good was Monster Beverage (MNST).So what did I do? You guessed it. I bought a call option and sold it three days later for a 76% gain, $390 profit.That’s $1,441 in profit I made in four trades from Chad over the last month.All I’m doing is this:

I typically buy a strike price that is a few bucks higher than the stock’s market price. Monster was trading for $86 when I bought the $90 strike.I bought the 12/17 expiration to give myself a bit of time, a solid month for the trend to play out. Chad was looking at a one-month timeframe, so I picked the third Friday of the following month (these tend to be the most actively traded options and are ideal to trade if you’re placing large orders).Monster shot up so far, so fast, I just went ahead and sold three days later. I ain’t greedy, and I don’t look a gift horse in the mouth!Bear in mind, I’ve been trading options very, very actively for four years now, so I have a bit of experience and have a pretty good sense of what I’m doing.However, the point still remains — we are giving you AWESOME trade ideas in True Options Masters.I don’t know anyone in the industry who gives this many incredible trade ideas away for free.But there’s a bigger point here, and I hope you’ll listen…

We can only give these ideas away because the quality of our premium research is way better. And next week, we are officially launching what I think could be our most promising options trading strategy TO DATE.It’s called Fast Lane Profits, and the idea is simple.Every week, you want to be in the stock market’s fast lane.The trick is, the fast lane can change every week. But Chad has found a way to customize the Relative Rotation Graph in such a way that he can identify which part of the market is moving into the fast lane each week.So he updates readers each day at 10 a.m. ET. If there’s a trade, he’ll tell you. If it’s time to close it, he’ll tell you. If the trade isn’t over, he’ll tell you to hold. And if there’s no action to take that day, he’ll tell you that too!So how well does it work?It works like absolute freaking gangbusters.When Chad started testing this out in February, he bought a single contract on IWM, the ticker for the Russell 2000, for $335.Again, he was just testing this out, so he wasn’t investing a ton of money.But, that first trade shot up 308% in eight days. So right out the gate, Chad was playing with house money after his first trade.Then the gains kept coming. Over the first three months of beta testing, his strategy uncovered 20 more trades. He bought all of them. And across both wins and losses, that initial $335 ballooned to over $2,700.So what? Chad made a couple grand. Big deal.But if you understand math, that should make your eyes pop out of your head. It’s a 727% rate of return. And it only took three months.THAT is the power of this Fast Lane strategy. And it makes sense, right?If you stay in the market’s fast lane, you have a shot at making the market’s best possible gains.But it goes a step further.You see, Chad doesn’t just look for the fast lane.He also looks for the fastest car.The stock positioned to move faster than any other stock in the market.Said another way?The Fast Lane strategy can help you uncover the single best stock to own in the stock market every single week.Doesn’t that sound like an advantage you’d want to have?If you want to see how this all works, great. We’re putting the finishing touches on Chad’s presentation right now. We’re trying to get this over to you on Monday.A lot of you have been waiting patiently for this and have been writing in asking when it would be ready. Well, it’s finally almost here.Sign up here so you can get a first look. I highly recommend it.Our plan is to only admit 500 people into this. We’re knocking on the door of 100,000 True Options Masters subscribers. So, do the math. I’m fairly certain the spots are going to go quickly. It’s first come, first served, and the people who sign up here will have a chance to get access before anyone else.So if you think there’s the slightest possible chance you may want the power of knowing the best stock to buy or trade options on every single week, click the link and enter your email.Once you do, you’ll be taken to a second page where you can enter your phone number and receive a free report we put together on the Relative Rotation Graph. We’ve dubbed it the “Profit Radar” because we like clear, simple language.That’s also exactly what the RRG is — a Profit Radar that helps you detect where an individual stock stands relative to the rest of the market. And it’s just one piece of what makes this Fast Lane strategy so incredibly effective.Every single one of the trades I told you about today used this exact same Profit Radar. It’s the crux of Chad’s Fast Lane strategy.

Listen — you can stay tuned to True Options Masters, look out for Chad’s emails, and continue to trade these recommendations when he’s gracious enough to give them.I sincerely hope you do. Nothing makes me happier than seeing our readers make a bunch of money. And if you are making that money, I’d love for you to write us and tell us how.But if you want a constant feed of these Profit Radar ideas, every single week…A commitment from Chad to tell you and a relative handful of others about his BEST ideas using this revolutionary tool…Just click here, enter your email, and watch Chad’s presentation early next week.The moment it’s ready, you’ll be the first to know.I hope you enjoy this month’s Outlook. And even more importantly, profit from it.If you do wind up profiting, or have in the past, we’d love to hear about it! Write us at TrueOptions@BanyanHill.com.Ciao, 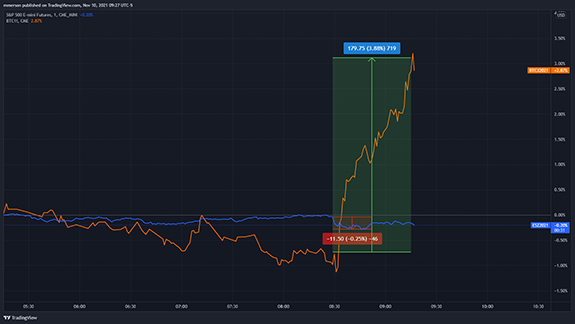 Inflation data just came in for the month of October, and the constant assurances of the recent surge being “transitory” are growing less convincing with each reading.CPI is up 6.2% year-over-year, the biggest yearly jump since 1990. The core CPI, which removes food and energy prices — why this is considered “core” I’ll never understand… food and energy are everyday people’s most common expenses — was at 4.5%.And the market reaction was clear: bitcoin is where you want to be.Just look at the chart above. It compares ES1!, or S&P 500 futures, to BTC1!, the CME bitcoin futures.The S&P 500 futures dipped a modest quarter-percent on the news. I didn’t expect a more severe drop, really. The S&P 500 is ultimately a much larger overall asset and market than BTC.But just look at the difference. Bitcoin futures, as I type, were up over 3% and climbing. Gold, I should also point out, is up over 2% in the past couple hours.The market has spoken… Hard assets like bitcoin and gold are the place to be in this new era of inflation.If you’re holding either of these assets, buckle up. It’s about to get real weird.Regards, 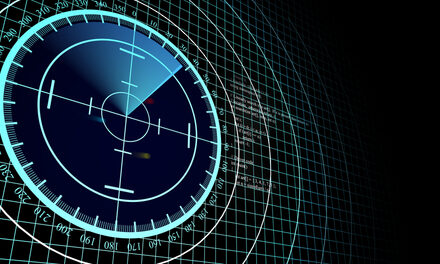 I Underestimated the Power of This Profit Radar 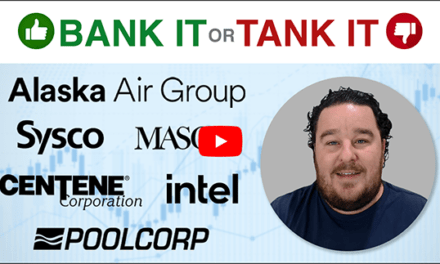