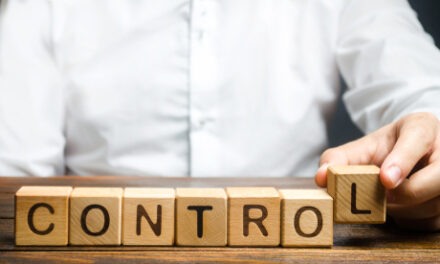 I am the master of my fate;

I am the captain of my soul.

Without context, the words seem to suggest omnipotence.

In fact, the poem is a statement of the inner strength needed to survive difficult times.

These are indeed difficult times for investors.

Since the beginning of February, the tech-heavy Nasdaq has experienced five losing weeks out of eight, as you can see in this weekly chart: 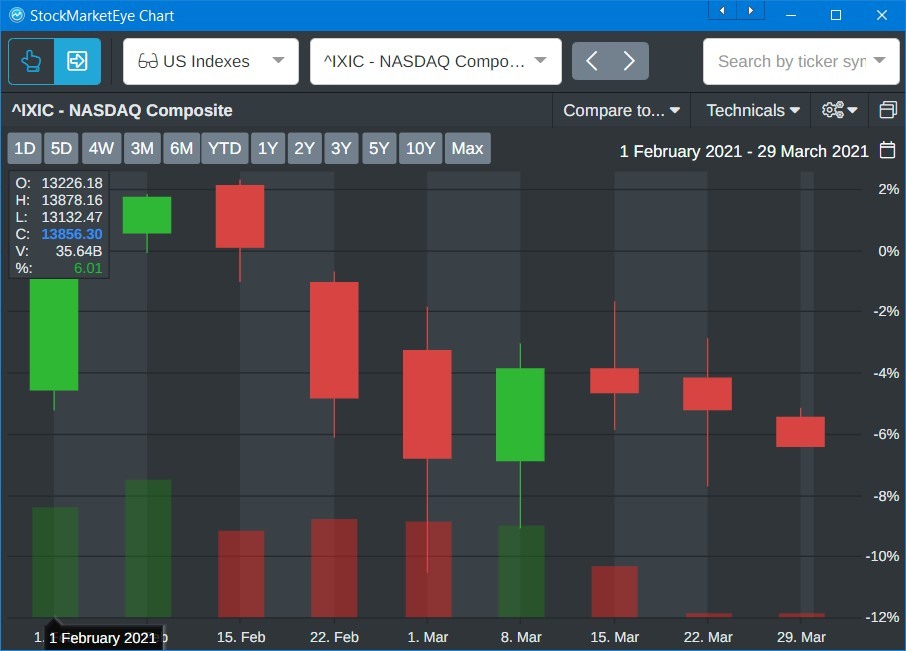 Anyone who invested in high-flying momentum stocks since the beginning of this year has probably suffered the dreaded round trip … and seen all their gains vanish. Just look at this daily chart of the Nasdaq: 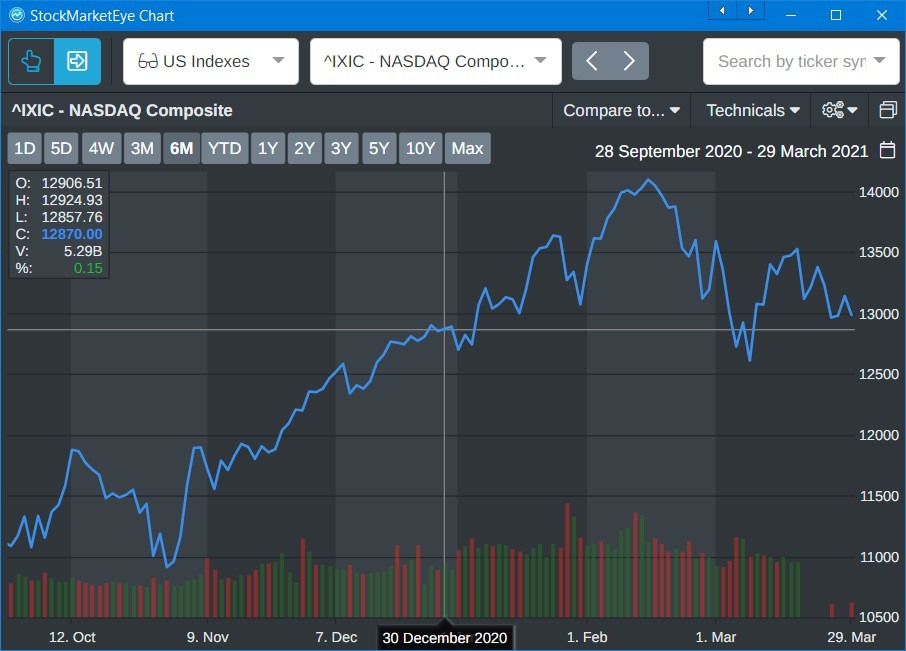 Henley was determined to show his resilience in the face of an adversary he knew, tuberculosis.

In that sense, he was lucky. Many investors today have no idea what forces are driving their portfolios down.

Some things are known, so we can anticipate and adjust for them.

Others hit us out of the blue.

Let’s take a step back and review some of them to understand why, as investors, we can never really be masters of our own fate … at least in the short term.

According to VandaTrack, a provider of money flow data, the average retail investor has underperformed the S&P 500 Index by 11% since mid-February. The main reason is interest rates.

As Clint Lee and I have discussed in Bauman Daily, the yield on the 10-year Treasury note has risen steeply (as this next chart shows). This has hit growth stocks hard — especially startups: 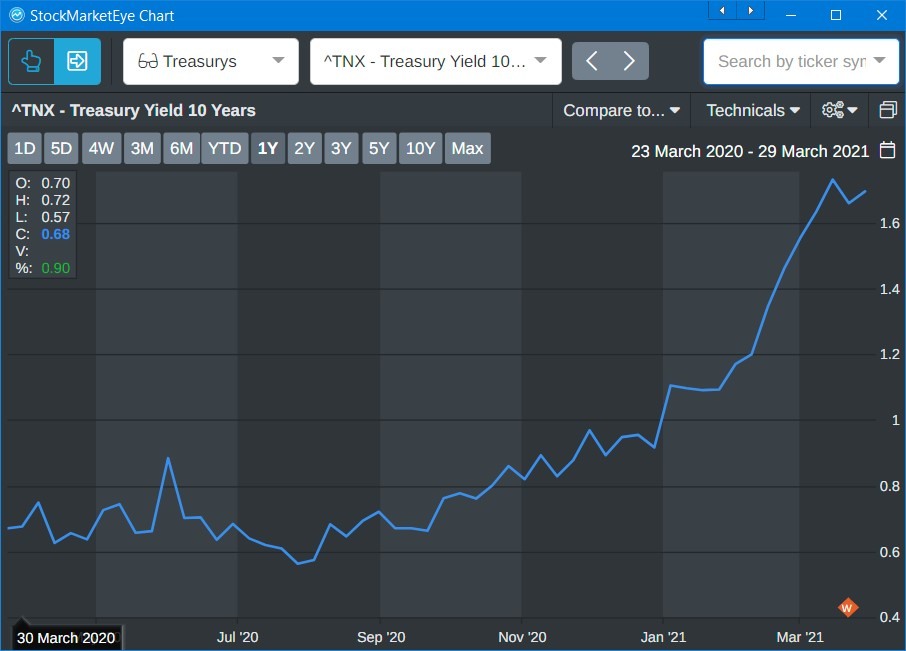 Markets are convinced that with an aggressive Democratic administration in Washington doling out stimulus and now pursuing a massive infrastructure bill, we run the risk of an overheated economy.

That threatens higher interest rates, which are bad for stocks.

That background to the current market turbulence is easy to understand.

But there are other factors knocking specific groups of stocks particularly hard … things that we knew were coming but could not know when.

The most popular exchange-traded fund covering the sector has suffered a plunge this year that makes the decline in U.S. tech stocks look like a blip: 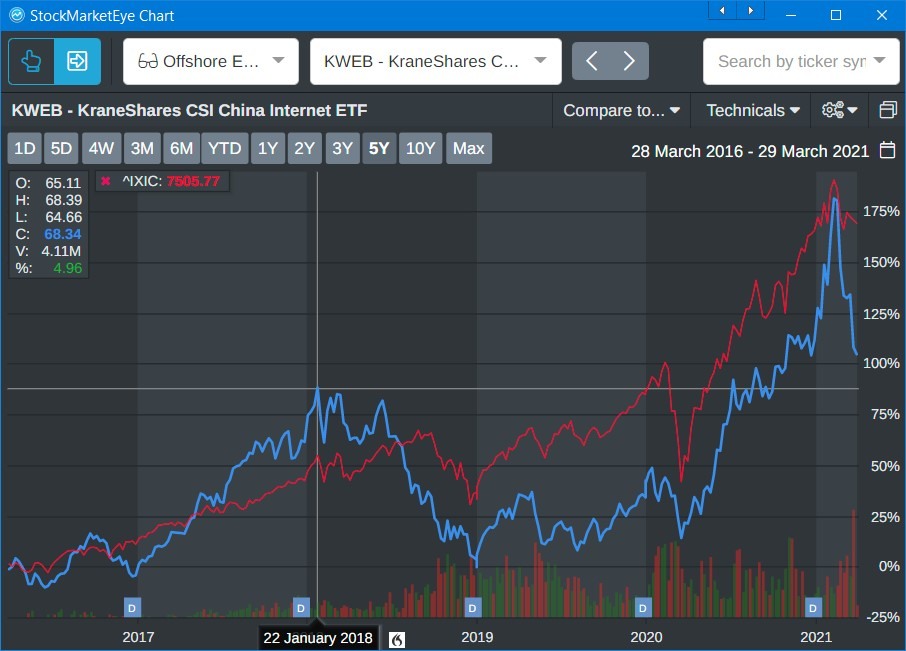 There are several reasons for this … all political … and therefore impossible to predict:

As I said, all these things were known. But it was impossible to predict when they would have a decisive effect on these companies’ share prices.

That’s precisely why I recommended that readers of my Bauman Letter and Profit Switch services take regular profits on Chinese stocks.

The third type of turmoil buffeting investors are true “black swans” — events that are simply impossible to predict.

Last week, shares of U.S. media stocks such as ViacomCBS Inc. (Nasdaq: VIAC), Discovery (Nasdaq: DISCA) and several Chinese internet companies collapsed by between 35% and 55% in a matter of hours. They were among the steepest short-term declines ever recorded.

It turns out that a private hedge fund called Archegos Capital Management had failed to meet margin calls on its highly leveraged investments in those stocks.

Goldman Sachs and Morgan Stanley — which had apparently lent money to the fund without knowing that the other had done so — then liquidated millions of Archegos-controlled shares. So did several other major banks.

Average investors like us had no way to see this coming … and anyone invested in those stocks took a massive beating.

Focus on What You Can Control

From the above it should be clear that no retail investor is the master of their own fate.

The forces that shape the short-term movements of our portfolios are too powerful, and far beyond our direct control.

But that’s only true in the short term.

As I’ve said repeatedly, the key to surviving external shocks — anticipated or not — is to stay smart and tough. Here are the three keys to do that:

In other words, like the author of “Invictus,” focus on what you can control … yourself. 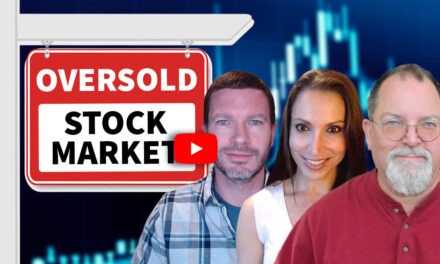 3 Opportunities for This Oversold Market 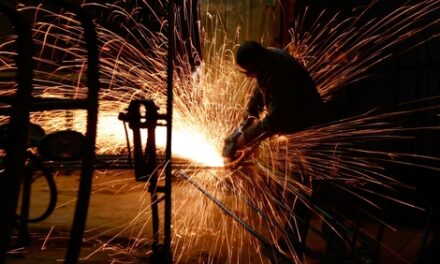 How to Profit From the Stock Market’s Next Act