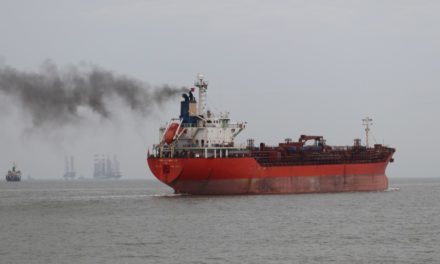 There is a revolution happening in fuels that no one is talking about.

Roughly 4% of the entire world’s oil production hangs in the balance. And one group of traders has already pocketed $1 billion this year.

Here’s the inside story on the titanic changes happening behind the scenes in the energy world. And how you can follow these traders into huge profits.

Maritime transportation and shipping go unnoticed by much of the world. Towering ships shuttle goods across the oceans with little attention.

But they are some of the largest energy consumers. The maritime industry burns 4% of the world’s oil.

But unlike modern cars and trains that burn gas and diesel, these ships consume high-sulfur fuel oil (HSFO).

This unrefined fuel is a huge source of air pollution. The air quality on a ship in the middle of an ocean can be worse than in major cities such as Beijing, China, or Mexico City, Mexico.

This drew the attention of the United Nations (U.N.). The International Maritime Organization is the U.N.’s arm for maritime regulations.

In 2008, it started plans to cut down on sulfur pollution from maritime shipping.

This change has both shipowners and refiners scrambling to adjust to the new sulfur regulations.

Shipowners and Refiners Brace for Change

While refiners race to adjust for the shift away from high-sulfur fuel, shipowners are also faced with tough decisions.

A shipowner has three choices:

While new vessels range from $10 million to over $100 million depending on capacity and use.

That’s a significant cost to keep using the old fuel oil. Especially when availability of high-sulfur fuel may dry up in parts of the world.

The International Energy Agency (IEA) released its latest forecast this summer on how the fuel market will react.

Marine gasoil use will more than double. This is a cleaner fuel source currently used in coastal areas with strict emission rules.

And the use of VLSFO will grow to more than a third of all fuels used in the marine shipping industry by 2024. That’s thanks to refiners ramping up production of this new fuel type.

As you can see, high-sulfur fuels drop out of favor as cleaner variants take market share.

And this ramp up in demand for new marine fuel types has already opened the door for traders to make $1 billion this year.

Energy traders for Royal Dutch Shell are raking in profits on new fuel regulations even before they take effect.

While Shell is tight-lipped on the matter, we do know that the company’s advanced refineries likely give them the edge.

Even though the new rules don’t take effect until next year, many ships are already starting to load up on new fuel.

Almost two-thirds of the fuel ordered by the world’s largest bunkering hub in Singapore is low-sulfur fuel.

And similar trends are echoing around the world. That supports the IEA’s forecast usage. And we can capitalize on this clean fuel revolution.

Now, I don’t just follow the oil markets for you. I also keep an eye on marijuana stocks and trends. In case you missed it, watch my video below to catch the latest news in the marijuana market.

Profit From New Rules With This Cheap Oil Giant

But I now see a better opportunity.

With a strong yield of 6.3% and a low price-to-earnings ratio of 11.6, Shell offers great value. And its ability to capitalize on the tidal change in marine fuel will boost profits into the future!

Now is the time to build positions to profit from this energy revolution. And stay tuned for other dailies on this topic.

P.S. Check out my YouTube channel and hit the subscribe button. That way, you’ll stay up to speed on the latest marijuana market news. 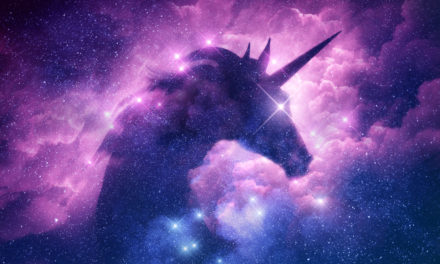