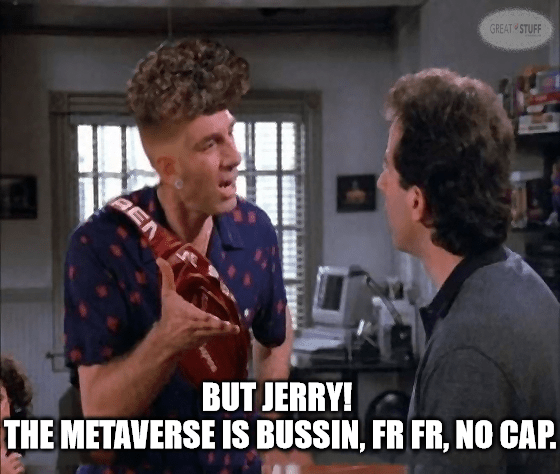 Great Ones, I’m usually prepared for most things on Monday morning. I’ve seen my fair share of “WTF?!” Monday moments in my time.

But let me tell you … this morning’s announcement that Walmart (NYSE: WMT) is moving into the Roblox (NYSE: RBLX) metaverse is among the strangest I’ve seen.

Here’s the skinny: Walmart is launching “Walmart Land” and “Walmart’s Universe of Play” on Roblox.

Yes, Walmart is making its metaverse move, for better or for worse.

As part of its metaverse offerings, Walmart’s virtual worlds will feature a blimp that rains toys down on metaverse denizens, music festivals, games and virtual merchandise that Walmart calls “verch” … because of course it does.

The grand idea behind Walmart’s metaverse move in Roblox is to reach younger shoppers — in the 25 and younger category — particularly those in Gen Z.

How are we driving relevance in cultural conversation? How are we developing community and engagement? How are we moving the needle from a brand favorability [standpoint] with younger audiences? That’s what we’re trying to accomplish here.

So it’s the “Why, hello there, fellow kids!” approach, where a 77-year-old company pretends to be hip with the lingo in order to try and make Walmart cool for a younger generation of shoppers.

Many companies have tried this route in the past with varying degrees of success. But Walmart isn’t even in the right ballpark for this one.

Ugg. Not with the sports ball references again!

Agreed. What I mean is that the metaverse isn’t cool right now with anyone. Just look at how shunned Facebook’s … erm … Meta’s (Nasdaq: META) metaverse is right now. 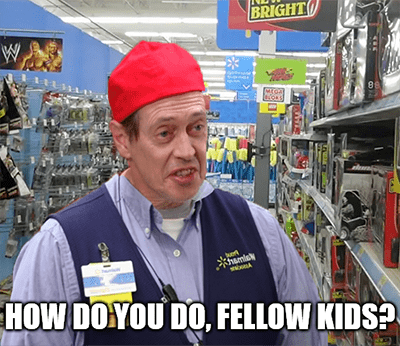 Now, I believe that the metaverse is inevitable. It’s going to happen one way or another. Furthermore, analysts expect the metaverse market to grow to something like $800 billion by 2024, with 74% of U.S. adults considering joining the metaverse.

But I don’t believe either Meta or Roblox will dominate that space. It’s way, way too early in the game for that.

Case in point: The only people using the metaverse right now are developers, social media influencers, celebrities and corporations. In other words, the metaverse is all construction and advertising right now, with very few early adopters actually seeing these ads.

Still, with so much money at stake, Walmart had to make a play sooner or later. And with the stigma already attached to Meta, I guess Walmart execs decided that Roblox was the next best option.

But did they consider that Roblox’s main userbase is young boys aged 11 to 16? You know, middle school boys?

How do you get middle school boys interested in Walmart? Apparently, rain virtual toys from the virtual sky with a virtual blimp. I can’t decide if this is genius or the start of another major meme trend.

Either way, I’m convinced that Walmart’s decision to enter the metaverse was either heavily pushed by an upper-level management guy trying to score buzzword points in answer to the board meeting question: “How can we reach young people?”

Or it was some really, really smart R&D guy who knows the metaverse will get here eventually, but had to find a way to justify spending money on it.

I guess it’s not Walmart entering the metaverse that makes this morning’s news weird, but that Walmart chose Roblox as its metaverse platform. We all know what kind of image the public holds when it comes to Walmart, and that image doesn’t really jive with Roblox in my opinion.

But I guess Walmart has to start somewhere when it comes to the metaverse. It’s a bold move, Cotton. Let’s see how it plays out.

It’s not oil, gas, wind, solar, hydro, nuclear, fusion … or anything you’ve likely heard about before… It’s much bigger.

In fact, just one year of this untapped resource in the U.S. alone provides 5X as much power as the largest oil field on Earth. 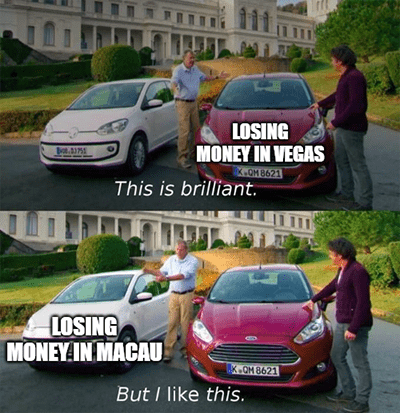 It’s coarse and rough and irritating … and I usually end up wasting too much cash on blackjack.

Thanks for the interlude, Anakin. What’s the actual news?

We’re talking about Las Vegas Sands (NYSE: LVS) — but this shebang is much bigger than just Vegas. The casino chain shot up 12% today on news that Macau is now allowing tour groups from mainland China for the first time since the pandemic began.

Considering Macau is the only city under Beijing’s control where gambling is legalized … and the fact that it makes five times as much as the Vegas strip … this is kinda a big deal. And not just for Chinese gamblers who have three years of gambling to catch up on.

Love The Way You Li 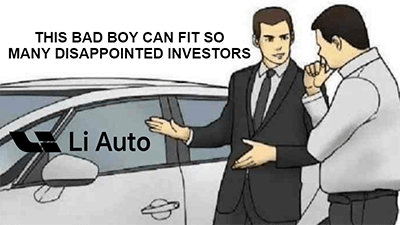 Umm, ackshully, I’ll have you know that Li is pronounced like “Lee,” not “Lie.”

Hey, I don’t control the jukebox in my mind. I just go along for the ride. But I do love how Li execs, umm … not “lie,” per se … but not-so-subtly hide the truth. We’ll go with that.

The Chinese EV maker just dropped its third-quarter delivery estimate from a range of between 27,000 cars and 29,000 cars down to just 25,000 cars.

Usually tight-lipped Li noted: “The revision is a direct consequence of the supply chain constraint, while the underlying demand for the Company’s vehicles remains robust.”

Now, here’s the thing. When a Chinese company says “supply chain issues” … it means China’s zero-COVID policies and the massive shutdowns that come with it. Li can’t come right out and criticize Beijing for its policies on the matter, so this is how the company is getting around it.

In other words, the EV supply chain is an issue for most Chinese companies. However, Nio and Xpeng seems to be handling things very well, so why can’t Li?

On the flip side, China just extended its EV subsidies, which will eventually help Li and other EV makers once China’s zero-COVID shindig is over with, whenever that is. Aaaaany day now…

One Lyft Up, One Uber Down 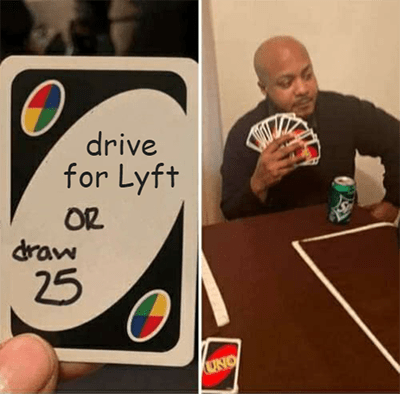 Ew. Nobody told me there would be audience participation.

Ha, trick question: Analysts at UBS already answered for you. It’s Uber. You prefer Uber. Isn’t that right? Apparently, UBS took results from an Evidence Lab driver survey, combined that with app data and decided Lyft can take a back seat in this race.

I mean, how reliable is that data? They didn’t ask me to take their survey, but it’s not like I’m bitter about that or anything…

I personally prefer Lyft when I need to contact a stranger from the internet to take me somewhere in their car.

Analyst Lloyd Walmsley (bless you) downgraded Lyft from buy to neutral, also slicing his price target from $50 to just $16. Walmsley wasn’t done stirring the pot though and stated: “Drivers prefer Uber; Lyft is not drivers’ main app; and Uber has more app downloads and usage across driver and consumers compared to Lyft.”

This has made a lot of people very angry and been widely regarded as a bad move.

Both UBER and LYFT fell about 3% today on the report.

It Came From Planet Claire 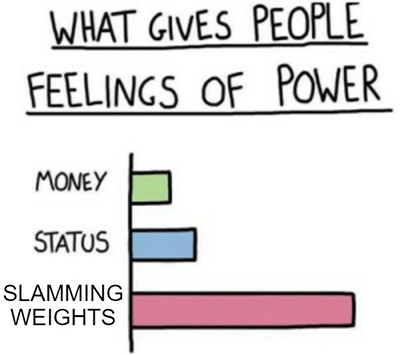 You know it came from there! And by “there” I mean Planet Fitness (NYSE: PLNT). And by “it” I mean … an analyst upgrade at a time when Planet Fitness stock could use a lift.

PLNT, do you even lift?

Joseph Altobello over at Raymond James boosted his rating on PLNT from market perform to strong buy. (Well of course Planet Fitness is a strong buy — it’s a gym.)

Anyway, the analyst shouted out Planet Fitness’ ability to hold up in a recession:

The stock is well off its highs from last fall and has been notably weak of late, underperforming the broader market despite its resilient and recession-resistant business model and our expectations for healthy growth in 2023. Further, PLNT has no interest rate risk and very little near-term debt maturities, while current valuation is well below its recent historical average.

It ain’t the flashiest of analyst quips or hot takes, but it’ll do: PLNT shares shot up a whole 3% today. Let’s not get too crazy now before someone rings the lunk alarm… 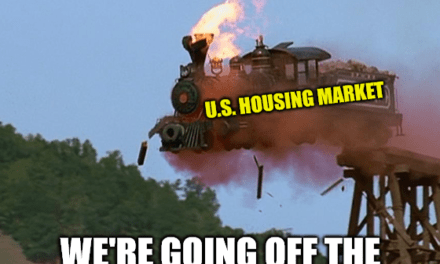 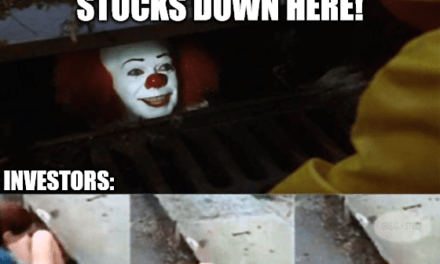