Wall Street Gave You a Gift This Holiday Season

Maybe you didn’t realize it, but Wall Street just handed you an early Christmas present.

All those retailer stocks that were tanked by Wall Street traders before the Thanksgiving holiday? They’re just looking for buyers.

Amazon even said as much. On Tuesday, the company said its Cyber Monday sales were the best single-day shopping event for the company ever.

And yet most Wall Street traders failed to lift a finger for their “buy” buttons on the retail sector.

It’s a great time to load up on an exchange-traded fund (ETF) like the SPDR S&P Retail ETF (NYSE: XRT). 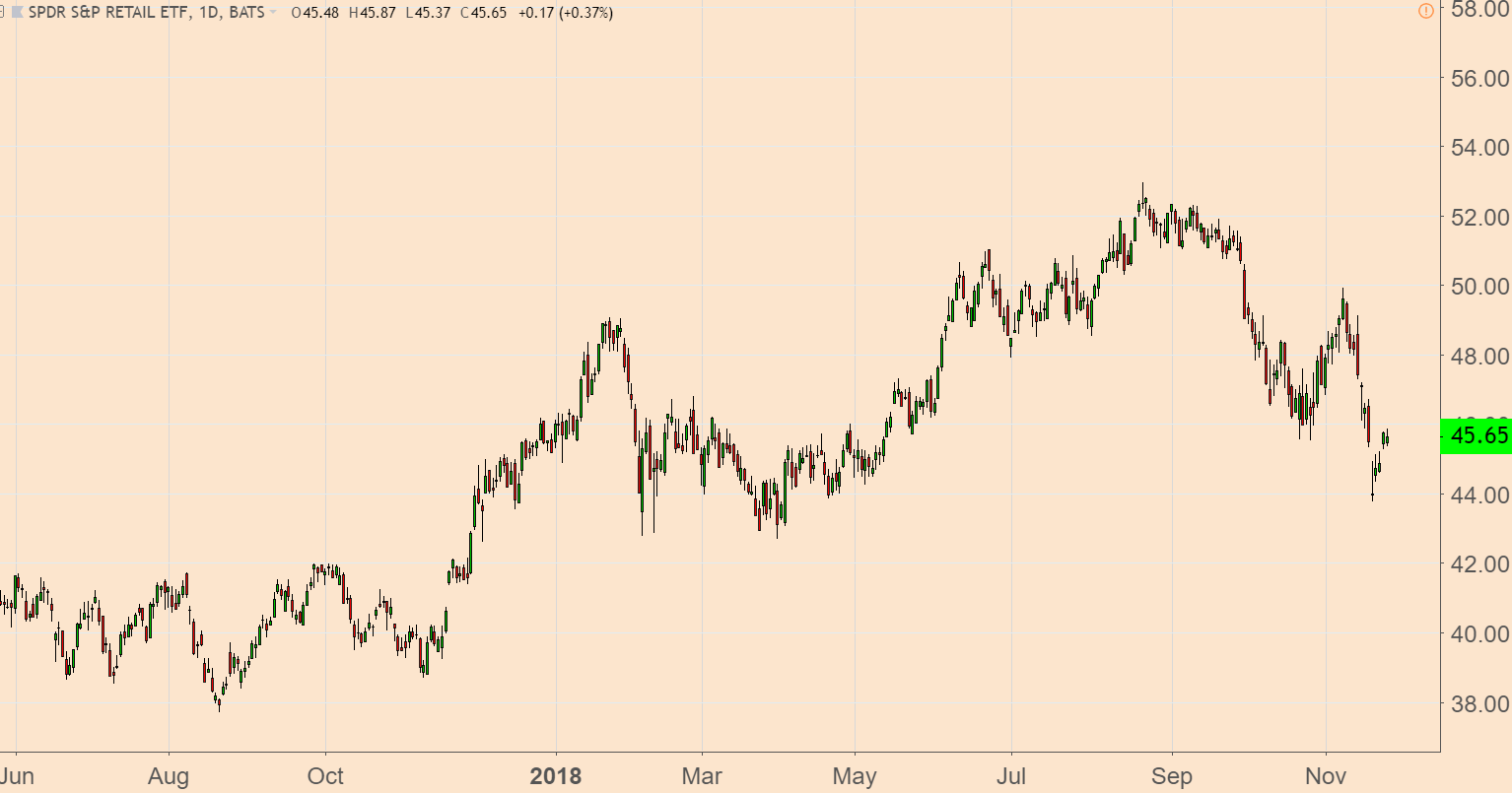 While a handful of the most popular retail stocks (Amazon among them) remain overowned and overvalued, the sector as a whole is trading at a good discount.

The ETF is trading at about 90% of its book value of around $48.50, according to data from S&P Capital IQ. The last time the ETF traded that cheap relative to profits was in 2011 when the economy was a lot worse off than it is now, Trump tariffs or not.

And if the ETF was trading at its historical price over the past 10 years of around 107% of book value, the fund’s shares would be trading north of $52 — a new all-time high for the security.

So I’ll go back to a pair of telltale clues I’ve mentioned before. One is that Moody’s recently changed its outlook on America’s retail sector to “positive” for the first time since 2015.

To me, that’s an important notice that the so-called “retail Armageddon” theme so popular with Wall Street has run its course.

The second is that the National Retail Federation (NRF) expects Americans’ holiday spending to hit at least $717 billion and rise by as much as 4.8% this year.

By the NRF’s estimate, that would not surpass the historic holiday sales gain seen last year (5.3%), or the 6.8% gain logged by shoppers in 2004.

Then again, there’s a big possibility that the NRF erred on the side of caution.

Certainly, with Amazon’s “best Cyber Monday ever” notice, Wall Street may be focused far too much on the trade tariffs, and not enough on the willingness of American shoppers to dig deep and spend for the holidays.

Utilities Stocks Are Outperforming the Market — Here’s Why