The Uranium Bear Market Sets up a Huge Buying Opportunity

A slowdown in demand forced prices lower. Despite having one of the safest track records of any energy source, notable accidents have tarnished uranium’s reputation.

The U.S., the earliest adopter of nuclear energy, prefers natural gas as its energy of choice. Accidents like those at Three Mile Island created resistance for new power plants.

Similarly, Japan’s strong nuclear program slowed down after the Fukushima Daiichi accident in 2011. The nation, once committed to nuclear energy, is backing out of new projects.

The accident brought on by an earthquake and tsunami sent shockwaves around the world. Near-landlocked Germany announced that it will end its nuclear program by 2022.

Reactions like this helped to bring on the bear market in uranium.

Despite this recent slowdown, demand is set to increase.

Countries like China, India and Russia see strength in nuclear power. They are building 31 new nuclear reactors — that’s more than all other nations combined. This effort will breathe new life into the sector.

The supply side is set to tighten as well.

Cameco and Kazatomprom, major uranium producers, are cutting production. News of these cuts came in late 2017 following years of struggling under low prices.

The latest report on American producers is painting a similar picture. The chart below shows falling production: 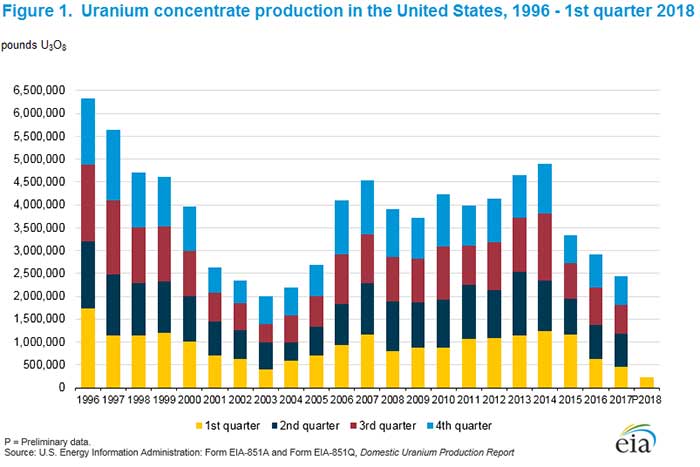 Production for the first quarter of 2018 is down 50% from a year prior.

Tightening supply and higher demand hint at higher prices, but the market still has a way to go.

Unlike other commodities, uranium contracts are long term. Reactors stock supplies for over 12 months to safeguard against supply disruptions.

There is still a glut of supply in the market. Over the coming years, supplies will start to tighten from production cuts. In the meantime, uranium prices will linger low, and producers will continue to struggle.

In Real Wealth Strategist, we’re keeping an eye on the uranium market. Supply and demand will force prices higher, and we’ll have opportunities to profit. 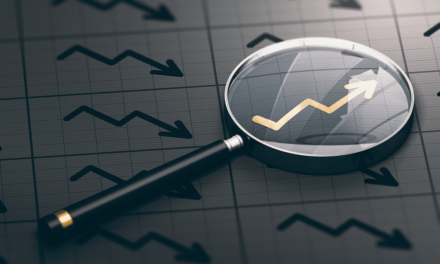 The Experts Are Jumping Into This Way-Too-Cheap Stock