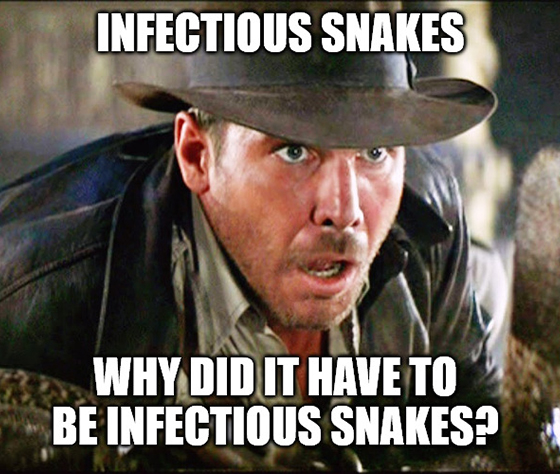 I don’t know about you, but this Wuhan coronavirus thing has me more than a little worried.

Since Great Stuff last reported on the situation, the number of infections has surged 50% to more than 600 patients. The death toll rose from 6 to 17. Cases are now popping up around the globe, from Singapore to the good ol’ U.S. of A.

Wuhan, the city in China where the outbreak started, is now quarantined. A city of more than 11 million people … quarantined. It’s unprecedented. Residents are reporting empty shelves in stores. Apparently, the Chinese government has been silent on how bad the city’s situation has become.

If that wasn’t enough, we now have images of people in China being transported in plastic tubes and metal boxes to avoid infection. The one U.S. patient is being kept in a 20-by-20 biocontainment room and is being treated by a robot.

Finally, Chinese researchers believe that the Wuhan virus jumped to people from snakes.

“Many patients were potentially exposed to wildlife animals at the Huanan seafood wholesale market, where poultry, snake, bats, and other farm animals were also sold,” researchers noted.

Needless to say, my imagination and emotions are running a bit wild at the moment. Apparently, I’m not alone. The Dow Jones Industrial Average plunged 200 points on the open this morning. Markets around the world finished broadly lower as news of the virus spread.

Officially, the virus is known as 2019-nCoV, but I’m calling it the Wuhan snake virus … that’d make a great movie or book title.

At times like these, it’s important to remember the bold words emblazoned on the cover of The Hitchhiker’s Guide to the Galaxy: Don’t Panic!

Panic and fear are an investor’s worst enemy. They make you do irrational things, like selling when you shouldn’t.

Are there positions in your portfolio you should consider selling to take profits on? Probably. But only you know your investment strategy and your risk tolerance.

I will guarantee you, however, that there are holdings in your portfolio that you absolutely should not sell — or at least, there should be if you read Great Stuff regularly.

I’m talking about companies with strong earnings and solid management that operate in next-gen mega trend markets. These are the companies that’ll make it through the Wuhan snake virus epidemic with flying colors.

But Mr. Great Stuff, I’m terrified beyond the capacity for rational thought! I mean, Chinese snake viruses, for heaven’s sake! What do I do?

I hear you, dear reader. What you need is someone with strong hands to help you wrangle those Chinese snake viruses…

If you’re a Paul reader, you know where I’m going with this … but if you’re not, now’s your chance to see what the hoopla’s about.

The eternal optimist, Paul is the market’s “Strong Hands.” He believes in holding on to solid, profitable stocks through thick and thin … no matter what the talking heads on MarketWatch freak out about.

Paul’s approach guides you through today’s biggest investing trends … and away from lackluster, failing business trends. No matter where you think the market’s headed tomorrow, Paul’s already there with a plan to profit.

Remember … we live in a world with plague snakes now. You may not need The Zombie Survival Guide, but you could use Paul’s Strong Hands if this market volatility spreads.

I mean, just look at how strong those hands are. 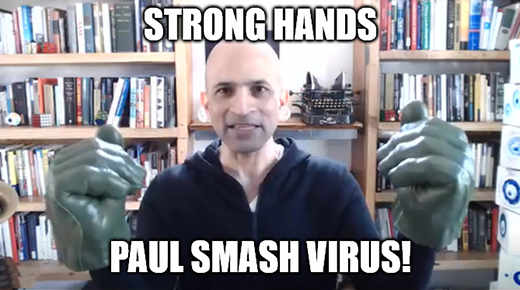 I rest my case.

The Good: Sallie Did? 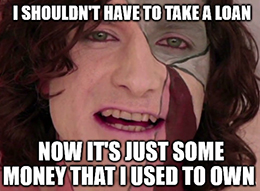 You know it’s one of those days in the market when a student loan company is among the best performers.

I’m honestly quite conflicted on this one. Going by the numbers, SLM ditching $3 billion in loans for a share buyback program looks really good — though today’s 20%-plus rally probably has that priced in already.

On the other hand, I’ve been in the position of having my student loans sold to another processor before. It’s not fun, making it hard to take the “at least it’s not me” approach.

Still, if you have the moral fortitude to invest in SLM Corp., it’s certainly worth a look. 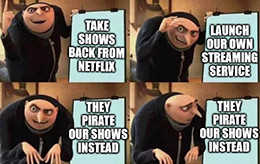 And yet, CMCSA shares are down nearly 3% today. What gives?

The devil is in the details. First, Comcast shed 149,000 video subscribers (i.e., pay-TV subs) … worse than the 139,000 expected and up 400% from the 29,000 it shed last year. Analysts are spinning this surge in cord-cutting by indicating that broadband subs make up the difference.

But, as you can see, Comcast needs to add a ton of broadband subs to make up the difference. The margins are worse in broadband, and Comcast doesn’t make as much money. What’s more, part of that pay-TV revenue came from the acquisition of British pay-TV company Sky. Given the pace of cord-cutting, this is only a temporary fix.

To make up the difference, Comcast is ramping up its own streaming service: Peacock. Peacock will offer next-day access to current NBC series and Universal movies, such as Jaws, Jurassic Park and … well… Cats.

Sounds descent, right? Well, at least until you realize that NBCUniversal’s revenue fell 2.6% in the latest quarter. It’s not encouraging that the main content driver of your new streaming service is struggling to grow revenue. In fact, it’s a sign that people might not want to watch your content as much as you thought they would.

So, despite positive top-line numbers, Comcast not only struggles with cord-cutting, but also with content for its coming streaming platform. That’s not a recipe for success.

The Ugly: Pigs in Spaaaace! 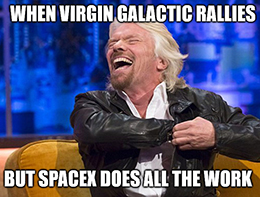 Remember when we talked about feeding the pigs in the initial public offering (IPO) market? Hype drives demand for a specific type of investment, and investors then pig out on that investment until we reach bubble status.

That’s right. Virgin Galactic has just barely reached the edge of space. It has two spacecraft right now, and neither has reached orbit. Right now, Virgin has a market cap of $3.67 billion, despite projected revenue of just $4.5 million for the current quarter. Analysts expect the company to lose $0.82 per share.

Despite these facts, Virgin stock has surged more than 50% so far this year as space pigs continue to gobble up SPCE shares. Investors should be very wary of SPCE right now. The stock has skyrocketed on SpaceX’s success. With no meaningful results of its own, Virgin is sure to plummet back to earth sooner or later.

You guys are unusually quiet this week. I can only assume you’re headed for your Chinese-snake-virus bunkers.

Still, two Great Stuff readers braved the outbreak to drop me a line.

First, we have Colleen, who wrote:

I’ve really been enjoying the Great Stuff newsletter. There’s always content that makes me laugh! Thank you so much for that!

In which of the newsletters did you mention ROKU? I’ve misplaced those, and I really want to review them.

I’m always happy to hear that I spark joy in Great Stuff readers. Thank you, Colleen!

As for Roku Inc. (Nasdaq: ROKU), I’ve covered the company at least 14 times in the past year. Instead of listing out all of those newsletters, how about I just hit the highlights?

Next up, we have Sybil C., who wrote:

Just have to say thank you for the humorous way you share your information in this era of doom and gloom. All of you at Banyan Hill are a refreshing and much-appreciated change. Hope you keep at it for many years.

I … I have been given my very own -ism! This must be how Dobby felt when Harry Potter gave him a sock. Thank you, Sybil!

I’m so honored, I don’t know what to say. Seriously, I’m a bit verklempt over here. Talk amongst yourselves. I’ll give you a topic: WeWork is neither a “we” nor does it work. Discuss. 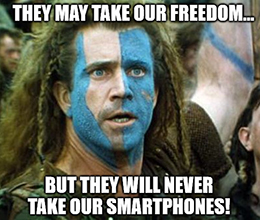