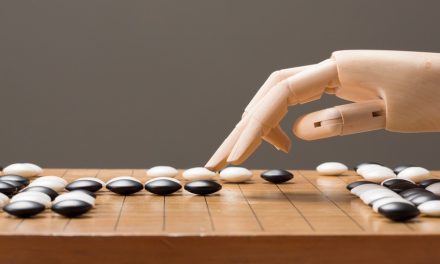 The man who organized the meeting was born in 1927 in Boston. He was the son of immigrants.

After struggling through the Great Depression, his family settled in Los Angeles, California, where the boy went to high school.

He was exceptionally intelligent — his math skills were off the charts. When he finished high school within two years, he went on to the California Institute of Technology.

After getting his degree in mathematics, he got his Ph.D. from Princeton University.

John McCarthy changed the way we look at computers…

The 1956 Meeting Where AI Began

McCarthy coined the term “artificial intelligence” (AI) in 1955. But it was during the summer of 1956 that AI really began…

The Dartmouth Summer Research Project on artificial intelligence lasted for six weeks. Essentially, it was an elaborate brainstorming session. 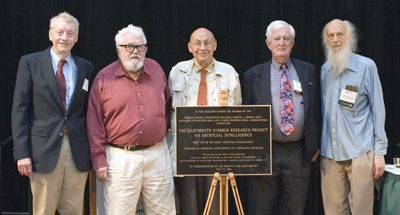 Five of the attendees of the 1956 Dartmouth Summer Research Project on Artificial Intelligence in 2006. From left to right: Trenchard More, John McCarthy, Marvin Minsky, Oliver Selfridge, and Ray Solomonoff. Photo by Joseph Mehling ’69.

Eleven mathematicians and scientists spent their time figuring out how a machine could simulate any (and every) aspect of learning and intelligence.

For that to happen, the machine had to do the following:

In 2015, DeepMind, a British artificial intelligence company, released its AlphaGo. It was the first computer program to beat a human professional Go player.

Go is one of the most complex games in the world. Started in ancient China, it is a 2,500-year-old board game.

It’s played by two players, and the game uses pieces called stones. The object of the game is to surround more territory than your opponent. The rules are simple, but the game has complex strategies.

Up until this point, a computer could not beat a human.

At the 2017 Future of Go Summit, AlphaGo beat Ke Jie — the world’s No. 1-ranked player at the time. After defeating some of the best Go players in the world, the Chinese Weiqi Association awarded AlphaGo with one of its highest rankings.

Afterwards, DeepMind retired AlphaGo. The company had something even more powerful waiting in the wings…

In October 2017, it introduced AlphaGo Zero.

What’s more impressive: Unlike its predecessor, AlphaGo Zero didn’t need to observe humans playing against each other to learn.

Instead, it started to learn on its own. It started from scratch and had no experts guiding it.

McCarthy’s dream was now a reality: A machine can learn.

Creating Jobs, Improving Our Lives and Beating the Market

McCarthy had no idea that his brainstorming would one day unleash a breakthrough technology that would change the world.

This new tech is projected to increase the global economy by $15.7 trillion over the next decade. It’s going to improve production, decrease downtime and make companies more efficient.

AI is already part of our daily lives, and you might not even realize it.

And this is just the beginning!

A 2018 CNBC News study reports that AI will create close to 58 million new jobs over the next five years.

One way to take advantage of the huge windfall that’s about to hit global economies is to invest in exchange-traded funds (ETF).

Since I first recommended it on January 24, the ETF has climbed more than 9.5%, outperforming the broad market’s gain of roughly 7%.

The ETF holds 29 companies. Some of the companies should do well, but others will struggle.

That’s why I’ve spent the past several months researching the one stock that will end up grabbing most of the gains in AI. I will be announcing it in the coming weeks, so stay tuned!

If these reports indicate anything, it’s that there will be a massive wave of profits coming from AI. And you don’t want to miss the opportunity to get on board… 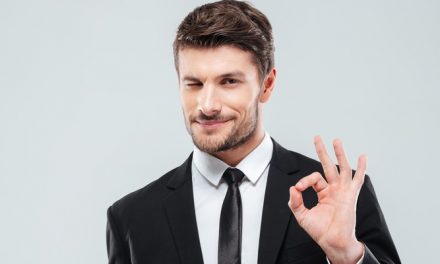