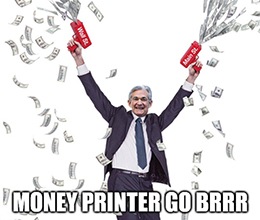 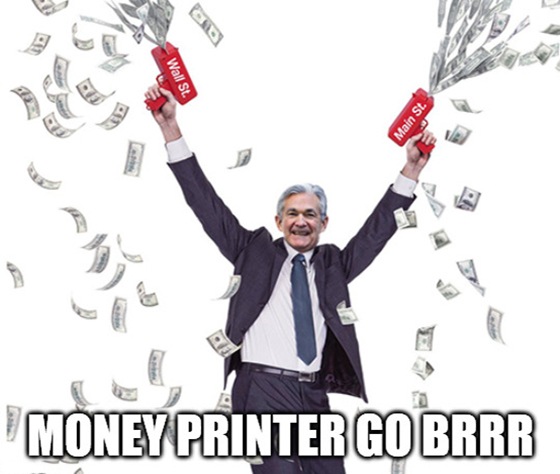 Friday Four Play: You Down With PPT?

Holy cats! It was one busy Friday.

I mean, we had a literal smorgasbord of market-moving data … all in one day:

We’ll get to all that in a minute…

First, I want to highlight something I haven’t seen mentioned in years: the Plunge Protection Team (PPT).

You down with PPT? Yeah, you know me.

After yesterday’s massive midday comeback rally — the Dow swung some 600 points from its lows to finish higher — how can we not discuss the PPT?

Yes, dear reader, the PPT actually exists. Officially called the Working Group on Financial Markets, the PPT was founded in 1988 to provide U.S. presidents with economic data during times of market turmoil.

Since then, conspiracy theories have built the PPT into some mythical organization that goes on massive buying sprees to support the market — much like yesterday’s surprise reversal.

Now, I’m not saying the PPT actively supports the market like an invisible hand behind the scenes. But when I see unreasonable market rallies like we saw yesterday, I can’t completely dismiss the idea either.

This is all tongue-in-cheek speculation, of course. (Or is it?)

The most likely reason for yesterday’s massive surge was automated buy programs set to trip once the Dow hit its 50-day moving average. Yesterday, I said this was a crucial pivot point for the Dow. It seems that many investors (automated or not) agreed and used it as a buy trigger.

The thing you need to remember most, however, is that volatility remains a considerable player in this market. PPT or not, you need to prepare for massive market moves (both up and down).

Click here to find out how to do just that. 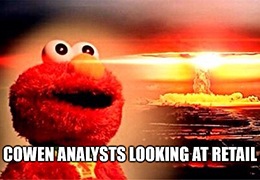 Where would you like to begin today? The bad news or the … well, how about we start the retail roundup.

So, sales across the retail board fell apart like a deflated soufflé. A bread loaf unrisen. A cake with a soggy bottom. OK, I confess: We’ve resorted to binging baking shows by this point of quarantine … but these retail figures were far from baked into Wall Street’s expectations.

Consumer spending saw a 16.4% decline in April — worse than the 12.3% predicted. The worst of it fell on clothing stores, which saw a devastating 78.8% decrease in sales!

We don’t have to obsess over grim numbers on this fine Friday afternoon. Besides, there are still million-dollar bonuses to fantasize about — at least if you’re an exec at JC Penney Co. Inc. (NYSE: JCP) and can hang on until next January. (Furloughs, store closures, bankruptcy? Pay no mind…)

Meanwhile, Lululemon Athletica Inc. (Nasdaq: LULU) received a hefty price target raise ($235 to $280) from Cowen, on top of its current outperform rating. So pish-posh about those clothing retail sales — nothing to see there.

Does Great Stuff agree with Cowen that Lululemon could be the next Nike? Perhaps … I mean, the company taps into a market not many others confidently cover: women’s athletic wear that isn’t garbage-tier quality.

No. 2: The Technology Two-Step 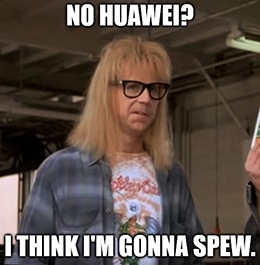 The stay-at-home market was doing well for the technology sector. Mobile devices saw upticks, laptops and PCs gained popularity among the work-at-home crowd. And then this happens…

The Trump administration announced today that it will block semiconductor shipments to Chinese tech company Huawei. The Commerce Department will “strategically target Huawei’s acquisition of semiconductors that are the direct product of certain U.S. software and technology.”

That’s bad for U.S. chipmakers, such as Advanced Micro Devices Inc. (Nasdaq: AMD), Qualcomm Inc. (Nasdaq: QCOM) and many others. However, the worst fallout could come from China’s response, namely its “unreliable entity list.”

That means that China is getting ready to investigate and restrict sales from companies such as Qualcomm, Cisco Systems Inc. (Nasdaq: CSCO) and Apple Inc. (Nasdaq: AAPL) — all three were targets in a tweet from Hu Xijin, editor in chief of Chinese state-run publication Global Times.

In short, if you’re invested in any of these tech companies (especially semiconductors), you might consider taking profits now. This situation will get ugly if it escalates any further.

Editor’s Note: Want a true American tech trend with staying power — regardless of the price of chips in China? Click here! 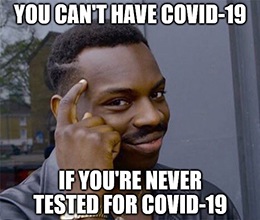 The race for a COVID-19 vaccine is heating up, with Inovio Pharmaceuticals Inc. (Nasdaq: INO) and Moderna Inc. (Nasdaq: MRNA) currently leading the pack. Both are currently moving into phase 2 testing, putting them on course for a public vaccine release later this year — if all goes well.

Putting the fate of humanity aside for a moment, both stocks have made investors a considerable amount of money this year. INO is up more than 350% in 2020, while MRNA has jumped 240%.

Due to its unique process of using Big Data to engineer a vaccine, Inovio is a favorite here at Great Stuff. We even banked a triple-digit winner with INO back in early March.

Neither company is an official Great Stuff recommendation right now due to all the hype in the vaccine market. However, keep your eyes on both companies. Buying dips in INO and MRNA might be a good way to take advantage of market volatility.

Getting back to the fate of humanity, President Trump had this to say about the pandemic in the U.S.: “When you test, you have a case. When you test you find something is wrong with people. If we didn’t do any testing, we would have very few cases.”

Hear that, Inovio and Moderna? You don’t need to work so hard on a vaccine — we just need to test less.

On that note … remember, kids: If you never have a pregnancy test, you can’t get pregnant. 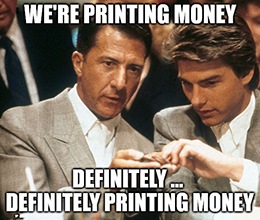 We joked around about the PPT up above, but if you are a true conspiracy realist on the topic, I’ve got some juicy speculation for you.

There was no special news. No major developments. Just a banking sector rally that provided a bump right when the market needed it the most. Interesting…

(What? You say there were hints that Goldman Sachs Group Inc. (NYSE: GS) is looking for a merger? Pshaw … we can’t let rumors get in the way of good PPT speculation!)

We all know that the U.S. Treasury and the Federal Reserve are dumping all kinds of money into the economy. You can almost hear the brrrrrrr sound of the Fed’s money printing press.

And whom, do you think, is the biggest beneficiary of all that money? How do the Fed and the Treasury get that money into the system? The banking sector.

So, here’s the conspiracy theory: The two biggest PPT players are printing massive amounts of cash and dumping it into the banking sector, which just happened to lead yesterday’s massive market rebound.

Coincidence? Yes, more than likely. But what fun would that be?

Great Stuff: Big Banks, No Ones

Big banks, retail collapse, distrust in the Fed, everyone looking bored and unamused with reality — you could almost convince me it’s 2008 again!

Now, I know that it’s easy to let the bad news sink on your mindset like a black hole sucking out the universe’s positivity. But stick with Great Stuff, and we’ll stick by you through whatever comes our way.

We here hope you have a great weekend! And if you get antsy around the house, why not drop us a line? Send a message to GreatStuffToday@BanyanHill.com. We’re always glad to hear from you. 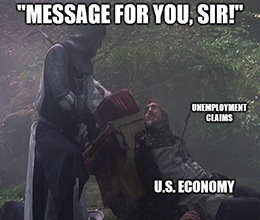 A Claim Too Far: The Market’s Line in the Sand 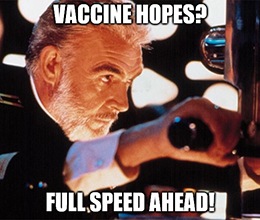