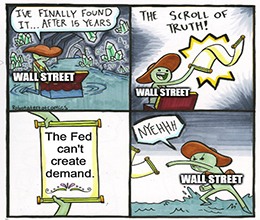 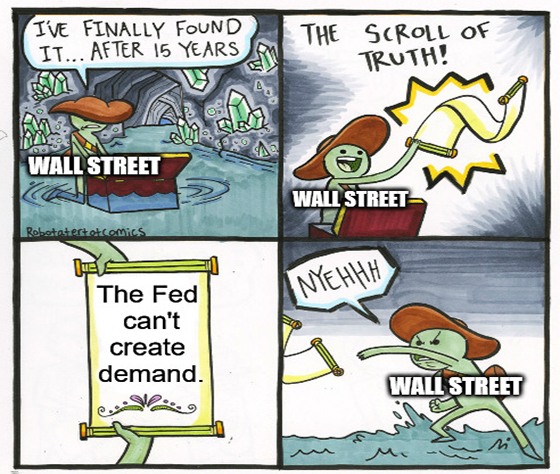 Wall Street’s travelin’ down the road and flirtin’ with disaster. Fed’s pedal to the floor, our stocks are running faster.

Main Street’s out of money, out of hope. It looks like self-destruction. How much more can we take with all of this consumption?

We’re flirtin’ with disaster. Y’all know what I mean…

For those who don’t, let me break it down for you: The recovery is slowing fast.

U.S. retail sales rose just 0.6% in August, well below the 1% gain economists expected. But that’s only part of the story.

Core retail sales — which more closely represent the U.S. consumer’s contribution to gross domestic product — fell 0.1% on the month. Apparently, rising gasoline prices contributed to most of the headline figure’s gains. And we all just love higher gas prices.

But, Mr. Great Stuff, the Fed has us covered, right? You said so!

True, the Federal Reserve has Wall Street covered. Unlimited stimulus is a heck of a thing, and asset prices are benefiting heavily from the Fed’s market backstop. However, the Fed can’t create economic demand — it can only try to stimulate it.

For instance, according to Yelp data, 60% of business closures due to the pandemic are now permanent. No matter how low interest rates are or how long they stay there, the Fed ain’t fixing this problem. Fed Chairman Jerome Powell can’t make people leave their homes and buy stuff.

But, to quote LeVar Burton: “You don’t have to take my word for it.” Here’s James Knightly, economist for ING:

The Fed can’t generate demand. For that we will need to see additional fiscal stimulus, but that is looking only a remote possibility ahead of the November 3rd elections.

The point is, sooner or later, Wall Street will have to deal with the realities plaguing Main Street. That is, unless the U.S. government can give Main Street the same kind of pandemic support the Fed gives Wall Street. And right now, that seems highly unlikely.

Yeah, we’re traveling down this pandemic road. Feel like we’re dragging a heavy load. But don’t try and turn your head away… (Ah ba ba yeah!)

I don’t know about yourself or what you plan to be, but until America is magically confident again, you’ll need a volatility-beating strategy.

When we gamble with our time, we choose our destiny. And if flirtin’ with disaster every day makes you feel like gambler out of money … choose your destiny and click here. 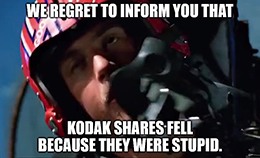 And then remember when that loan was put on hold because Kodak company executives — including CEO Jim Continenza — appeared to have traded on insider information ahead of the announcement?

Well, Kodak appointed an independent legal firm to investigate the situation and those findings came back today. According to the Kodak-appointed firm that investigated Kodak, Kodak didn’t break the law. The company was just stupid.

Personally, I’m not convinced on the whole insider trading thing. But, as far as KODK traders are concerned, it’s apparently better to be found incompetent than criminal.

KODK shares surged more than 40% following the report, despite any official word on if the $765 million loan will be reinstated. 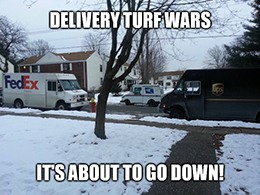 While nowhere near as exciting as KODK, FedEx Corp. (NYSE: FDX) is our “Better” pick of the day.

The shipping behemoth released its fiscal first-quarter report this morning … and flat-out embarrassed the analyst community.

What’s more, analysts had already repeatedly lifted their earnings and revenue targets in the weeks heading into this morning’s report. Back in June, the brokerage bunch held a consensus earnings target of just $1.80 per share for FedEx.

After all, who’d expect that a company that delivers packages right to your door saw a significant surge during a stay-at-home market? It’s shocking, I tell you. Shocking!

FDX shares gained roughly 6% on the news, and they could’ve soared even higher if FedEx hadn’t remained cautious on its full-year outlook. How cautious? Well … it didn’t even provide one due to the pandemic. Pretty par for the course right now.

Wall Street currently expects full-year earnings of $11 per share for FedEx, but those estimates are sure to rise after analysts were totally embarrassed today.

It just goes to show that it’s better to remain silent and be thought a fool than to open your mouth and remove all doubt. One day, maybe even I’ll learn that lesson. But where would you find your stock market entertainment then? Hmm?

Best: SNOW Blind in the Sun 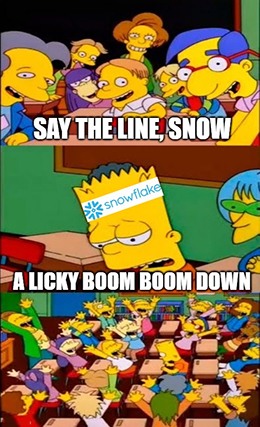 My eyes are blind but I can see — the Snowflake listing on the NYSE.

If you wanted a way to stick it to Bezos and Co. without jumping into the retail roundhouse with Walmart+, get your limit orders at the ready for the Snowflake Inc. (NYSE: SNOW) initial public offering (IPO).

Snowflake’s shares soon will spread — a fresh face in the fight for cloud-storage supremacy in a world where practically everything runs off Amazon.com Inc.’s (Nasdaq: AMZN) Amazon Web Services.

Here’s the long and short of what the company does, without that highfalutin cloudy jargon:

The company’s software is like a vacuum sucking up data strewn across in different systems, so that businesses can analyze it all together. … Clients query that data to understand more about how their businesses are functioning and make better decisions.

But what you get and what you see — IPOs don’t come easily. Except when they do.

But, to answer the Damn Yankees, this didn’t take it high enough, and SNOW shares fell upon the land at a cool $245. This kind of hype is so 2020.

Now … you know what Great Stuff thinks about grabbing these hot IPO cookies fresh out of the oven — even if it’s the software sector’s latest big blowout. But this is a company that Great Stuff Picks will keep an eye on for you.

In other words, we’ll be your SNOW informer … a licky boom boom down.

Back in July — that’s like, three rewatches of Lucifer ago now — we asked you whether or not you were ready and rearing to cash in that second stimulus check.

Well, as you’d expect with any Federal tomfoolery … the check isn’t even in the mail. That’s why in today’s Poll of the Week, we’re not asking you whether or not you think a second round of stimulus checks shall befall our beckoning wallets.

These days, hopes for a second stimulus are but a moment’s sunlight fading in the grass. And you and I both know how likely it is for everybody to get together and try to love one another right now … or at least agree on anything other than taking a break.

So, here’s a different take: Do you think we need a second round of stimulus checks?

And if you were curious about last week’s poll, we asked for your way of sidestepping volatility. Some 51% of you Great Ones are but riders on the market’s storm. Meanwhile, more than 25% of you are all over the golden rule (but have you seen this can’t-miss gold market event?)

But for the 11% or so of you still stuffing cash in your mattresses … we need to talk. Namely about why you haven’t checked out THIS volatility-beating strategy that doesn’t involve ruining your lumbar support.

Great Stuff: Never Give Up the Ghost 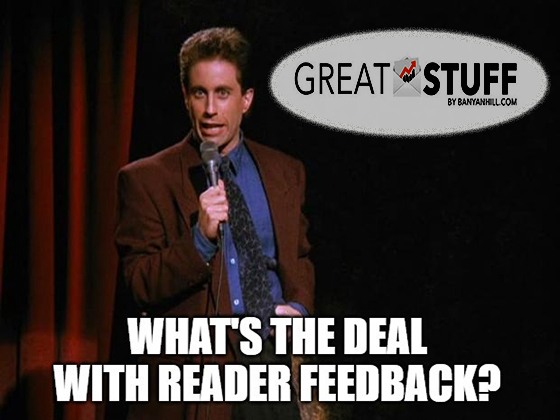 Reader Feedback — what’s that all about?

It’s about you, me and the growing stack of emails in between. It’s about dishing out the dirt on your questions. And it’s about 24 hours from right now.

That’s one day left to make sure your email reaches our inbox to be featured in this week’s installment of Reader Feedback. Send your thoughts, questions or rants to GreatStuffToday@BanyanHill.com.

You can reach us anytime of day or night because, well, that’s how email works. Yet you still shouldn’t delay sharing your thoughts, so get to scribbling out your hot takes! 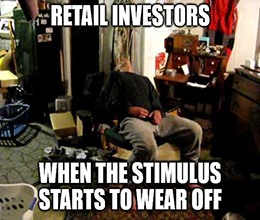