Home » American Investor Today » The Prelude to War in the Middle East? Get Ready for Higher Oil Prices

The Prelude to War in the Middle East? Get Ready for Higher Oil Prices 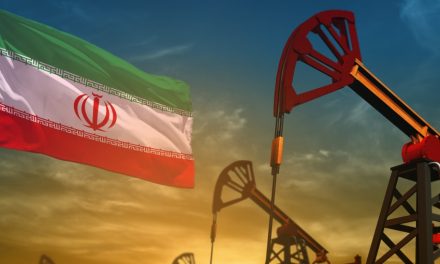 During the run-up to the first Gulf War in the early ’90s, the oil price soared from around $15 per barrel to over $40 per barrel in less than four months. That’s a 167% gain in less than half a year.

At the time, $40 per barrel was the highest price since the oil shocks of the 1970s.

That was a 731% price increase over seven years. It set the stage for a decade of huge gains in oil companies.

And that situation could happen again today…

The world is much closer to that scenario today than most folks believe. The good news is that we can be prepared this time.

We need to have investments in place to offset higher oil prices.

But first we need to look at what happened in the early 2000s. Understanding that period can lead to insight into what’s happening today…

In the mid-2000s, the crisis wasn’t as clear-cut as an impending war. Instead, it was a series of factors.

The idea that we were running out of oil took hold. Books such as 2004’s The End of Oil and 2005’s Twilight in the Desert laid out the case that Saudi Arabia’s oil supply was dwindling.

They were partially correct.

The oil price took three hits in the mid-2000s:

That was a strong combination set against the universal idea that we were running out of oil. It sent oil prices soaring.

The Unexpected Hike in Oil Prices

Take a look at the chart of Brent Crude Oil prices from 2001 to 2013 below. Oil prices spiked higher than anyone believed at the time:

ExxonMobil shares soared from $20 per share to $85 per share. That’s a 325% gain for one of the largest oil companies in the world.

This was a modern golden age for oil companies…

Today, the sentiment has changed. More people believe we don’t need oil than believe we are running out.

That’s because U.S. engineers figured out how to get oil from shale. And we are producing much more oil than ever before. We’ll get to that.

But more important for us, there are powerful forces disrupting the oil market in the same way as the early 2000s.

Demand in the U.S. is up. The last two summers, we consumed more oil products than at any time since 2007.

But the fact is, we still rely on foreign oil to some degree. And that oil is about to get more expensive.

Get Ready for Oil Prices to Soar

Back in the early 2000s, a series of geopolitical events impacted the oil price. Tensions between Israel and Lebanon, North Korean missile tests and worries over Iranian nuclear ambitions all pushed the oil price higher.

If that sounds familiar, it should. Today, geopolitical events are pushing the oil price higher.

On May 13, we found out that saboteurs damaged four oil tankers near the Strait of Hormuz. Then there were drone attacks on Saudi Arabian pipelines.

The U.S. sent the USS Abraham Lincoln — an aircraft carrier, a missile battery and a bomber task force — to the Middle East. They also removed nonessential personnel from the embassy in Iraq.

P.S. If this situation escalates, it could easily send oil prices skyrocketing to $200 or more. But American oil interests stand to make millions — even billions — of dollars from this move. I recently laid out for my Real Wealth Strategist readers how America is no longer under the thumb of Saudi Arabia and OPEC, thanks to a new technology that is taking America from energy independence to total energy dominance. I recommended the one company — best positioned to help folks profit from this breakthrough — that should see its stock soar as the Middle East boils over. The last time we saw this kind of disruption hit the energy markets, stocks soared as high as 1,415% … 1,606% … 3,044% … 4,344% … 2,047% … and even 3,915%. 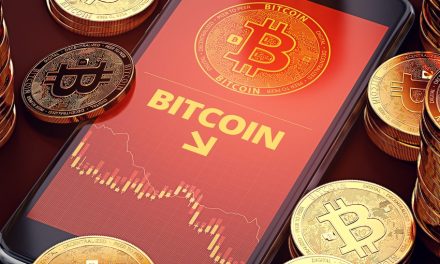 Why You Should Not Hedge Your Portfolio With Bitcoin