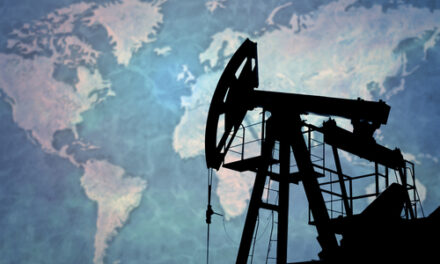 When I was deployed in Iraq, I followed intelligence reports and oil prices closely.More on the latter in a bit…

First and foremost, I wanted to know where large deployments of troops were. That told me where conflict could spring up in the short term.Large deployments cannot last indefinitely. Countries can place thousands of troops anywhere they’d like, but eventually the troops must move. They can move forward and attack, or they can go home.But intelligence officers aren’t the only ones following military deployments… And by following these yourself, you can uncover big trade opportunities in certain sectors.I’ll show you one such opportunity today…

Oil traders, more than most other traders, tend to keep track of global tensions. That’s because large-scale military action can disrupt supply lines and increase demand for oil.So, to supplement what I saw in the intel reports, I also followed the price of oil while I was deployed.Oil prices reflected changes in the situation, and expectations of what would happen next. Higher prices meant traders expected forward movement of troops. Lower prices meant we were all going home soon.The most dramatic example of oil analysis was in the run-up to the first Gulf War. Oil traders saw a problem building, but didn’t react until the first shots had been fired.You can see it play out in the oil prices. Here’s a chart of crude oil futures from back in 1990… 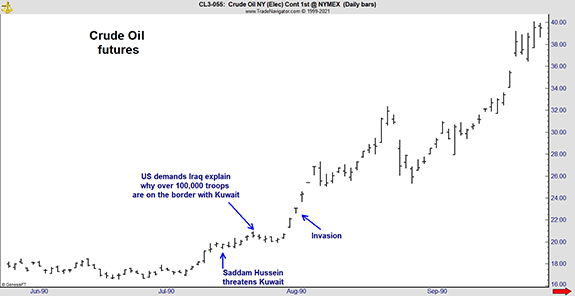 My time in Iraq was less dramatic, thankfully. But I always knew what the trend in oil was.After I left the military, I knew I’d get to apply this analysis again. I don’t have the raw military intel reports anymore. But I do have press reports of a major deployment that traders need to be watching right now.

Russia has been massing troops near its border with Ukraine. Recent reports indicate there are potentially 50 Russian battalions at the border, with another 50 being rapidly assembled in reserve.That means an attack is possible, and the attack could come soon. 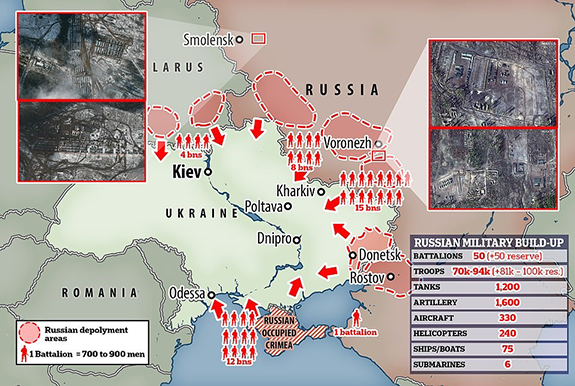 According to The New York Times, “The Biden administration’s growing alarm about a potential Russian invasion of Ukraine is based in part on U.S. intelligence that Moscow has drawn up plans for a military offensive involving an estimated 175,000 troops as soon as early next year.”Russia invaded Ukraine before. In 2014, the country annexed Crimea. This gave Russia an important naval base.Having demonstrated hostile intent before, it’s best to assume Russia may invade Ukraine to bring the country back under Russian rule as it was before the breakup of the Soviet Union.If Russia invades Crimea, I expect oil to rise. If Russian forces retreat from the border, I expect oil to fall.I know, big insight: it could go up or down. But it’s near impossible to determine what move Russia will make next. And trying to trade this directionally has essentially a 50% chance of working.So when we expect a big move but are unsure of the direction, we can use a straddle options trade.

How to Play the Move in Oil

A straddle involves buying both a call and a put, both with the same strike price and expiration. This trade delivers a profit if prices make a big move either up or down. The maximum loss is limited to the amount paid to open the trade.To trade oil, I recommend United States Oil Fund, LP (USO).USO is an exchange-traded security that holds oil futures. It’s not an exchange-traded fund, or ETF, but is like that structure.USO is a partnership and generates extra tax forms for buy-and-hold investors. Options avoid that problem and make USO attractive to individual options traders.For USO, I recommend buying the March 18 $50 calls and puts for about $10. Both the call and the put are trading for about $5 per contract at writing. This trade will be profitable if USO moves above $60 or below $40.That represents a move of about 20% in USO. For oil, that’s a move of about $14 a barrel and it is likely that oil will move up or down by $14 in the next three months.With the military preparing for a possible invasion in January, this trade could deliver a significant gain as traders react to the news — instead of getting in front of the story, like we are.Regards,

Chart of the Day:The Most Important Chart in Crypto 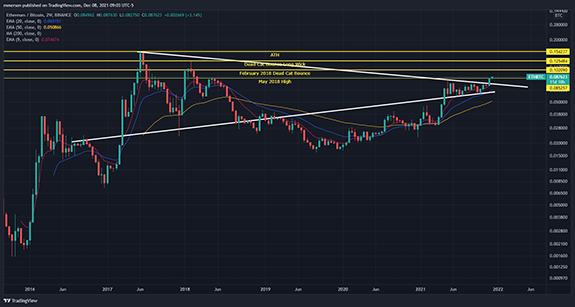 There is no more important price action in crypto right now than what we’re seeing on this chart.If you’ve been following along, you can probably identify it at a glance. It’s the ETH/BTC ratio pair, which pits the price of smart contract platform Ethereum against the #1 cryptocurrency bitcoin.I pointed out last week that the weekly ETH/BTC ratio broke out of a very long-term downtrend resistance.So far this week, the ratio is following through with more upside. Exactly what you want to see after a major breakout.If the weekly candle closes strong, it’s my view that we’re looking at nothing less than a sea change in the crypto markets. Ethereum has quietly led the way higher this entire bull market, and everyone in crypto is trying to get a piece of the pie.Tack on the fact that Ethereum is likely to go deflationary in the first half of next year with its Proof of Stake network upgrade, and you have the makings of an epic supply crunch in the most valuable digital commodity in the entire crypto market.In short, I am hugely bullish on Ethereum, both in general and against bitcoin. We’re likely to see it take the #1 spot in the next few years.This is the time to be buying high-quality altcoins and Ethereum. That’s where the biggest gains will likely come from as the bull market continues.Regards, 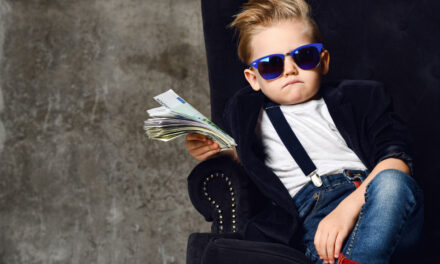 Options Have No Place in Our Portfolio