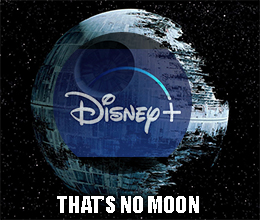 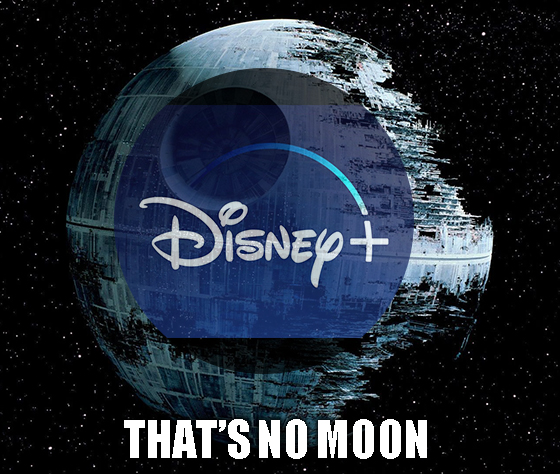 When You Wish Upon a Death Star…

Yes, it’s finally here. After months and months of waiting, we can finally stream all the Disney, Star Wars and Marvel content (and all that other stuff) that we want!

Tonight, I’m bingeing The Mandalorian, with some Star Wars: The Clone Wars and The World According to Jeff Goldblum thrown in … just for variety. At least, I hope I’m streaming tonight. The service was down earlier today due to greater-than-expected demand. (Can I say “I told you so” again?)

I might need some variety (and bourbon) this week to take my mind off a pair of speeches from President Trump and Federal Reserve Chairman Jerome Powell.

President Trump spoke at 12 p.m. EST at the Economic Club of New York. Apparently, he’s slumming it back in his old stomping grounds after officially moving to Florida last week.

Seriously, though, Trump discussed the U.S.-China trade war and progress on a trade deal … but didn’t mention Chinese tariffs. The president also did not mention delaying tariffs on European auto imports, which he has threatened amid trade discussions with European Union members.

As I mentioned on Friday last week, it looked as though we were tipping into the “administration is tough on trade with China” phase of the Great Stuff Trade War Cycle chart, after Trump said the U.S. hasn’t agreed to roll back Chinese tariffs.

Today at noon, we got our clarification.

The Fed chair will testify before the Joint Economic Committee at 11 p.m. EST tomorrow, with a similar visit to the House Committee on the Budget on Thursday.

Jerome Powell’s testimony shouldn’t offer up too many surprises. We already know that he’s reluctant to cut interest rates any further, with the Fed signaling that it’s in a holding pattern after the last rate cut.

Trump’s speech, however, was not the same “get tough” talk that we’ve come to expect from the president in these situations. It underscores a complication that could derail the entire Trade War Cycle chart: the 2020 election.

President Trump has tied his success to market performance more than any other president. He tweets about the market almost daily … doubly so when the Dow or the S&P 500 hit all-time highs.

Because of this, Trump was much more cautious about saying things that could upset the market. I believe this is the reason he’s been relatively quiet on the U.S.-China trade war front for the past month.

In fact, prior to today’s speech, the only meaningful comment we’ve had from Trump on this topic in the past month was Friday’s denial of rolling back tariffs. And that was after several media stories about how China was coming out ahead in the trade war.

You and I both know that trying to predict how the president will act is a losing game. It’s his unpredictability that has added volatility to the market in the past year.

I only hope you took what I’ve said over the past months seriously and prepared for any potential fallout.

“Oh, no! Great Stuff is getting bearish again!”

No, that’s not it. You can be as bullish as you want. Go full-bore “there is no recession” like Paul Mampilly if you want. He’s got the right investment mindset for the right companies that will do well regardless of Trump’s actions. I honestly believe this.

I know many Great Stuff readers absolutely love Paul’s services. Profits Unlimited is an amazing publication. If you aren’t already signed up, I recommend you click here to find out how to learn more!

All I’m saying is that you need balance and diversification.

If you’re already scarfing down gains trading with Paul’s research and recommendations, why not add a more conservative approach to your toolkit as well?

Something like Ted Bauman’s The Bauman Letter. I’ve said it before, and I’ll keep saying it: Ted is a no-nonsense, conservative investment analyst with readers’ best interests at heart.

So, add some diversity to your knowledge toolbox today. Click here to learn how to sign up for The Bauman Letter.

The Good: The Cannabis Sentiment Scales 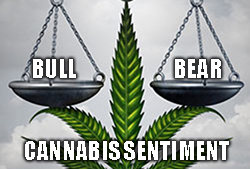 When pot stocks first launched, the market was high with cannabis euphoria. Valuations soared and cheers erupted at mass legalization.

Then came the hangover. Pot stocks and investor sentiment crashed hard as the market realized that, just because something’s legal, doesn’t mean it’ll start flying off the shelves … or even have shelves to fly off of.

This is somewhat surprising because Cronos missed the consensus revenue target. The company reported $9.58 million in sales compared to the Street’s target of $10.4 million.

Earnings came in at $0.53 per share, compared to expectations for a loss of $0.03 per share. But it’s not quite clear if those are comparable figures. What’s more, earnings were boosted by a one-time gain on derivative liabilities.

In short, it wasn’t a stellar report. There were many hiccups that Wall Street could have taken issue with. However, CRON is up because the figures are better than the cannabis bears expected.

It’s proof that we may be at the bottom of the sentiment cycle for cannabis stocks. But let’s wait and see how the rest of the week goes with earnings reports from the big boys: Aurora Cannabis Inc. (NYSE: ACB) and Canopy Growth Corp. (NYSE: CGC).

The Bad: What Color? Hold On! 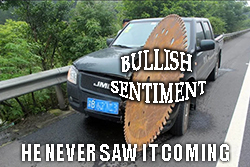 Advance Auto Parts Inc. (NYSE: AAP) is an excellent foil for Cronos today. Remember how we talked about market sentiment and how CRON rallied despite a less-than-stellar report?

Well, AAP is down more than 8% despite beating both earnings and revenue expectations handily. Earnings topped the consensus view by a whopping $0.04 per share, and Advance Auto Parts even reaffirmed its sales guidance range for 2019.

So, why the decline?

So, the company beat earnings and revenue and maintained sales guidance, but lowered same-store sales expectations. By all accounts, that’s better than Cronos’ earnings report.

The difference is that no one was expecting anything from Cronos, but they were from Advance Auto Parts.

Sometimes, the numbers don’t matter as much as expectations. 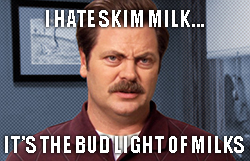 Growing up, I always wanted to buy milk from Dean Foods Co. (NYSE: DF). The company’s milk was always $2 or $3 more than the generic stuff that my family bought. But my mom would always say: “Milk is milk.” And that was the end of it.

She was right, as I learned when I got older.

That’s part of the reason Dean Foods just filed for Chapter 11 bankruptcy. Private-label competitors have undercut Dean Foods for years. Heck, they likely saw the writing on the wall when Walmart Inc. (NYSE: WMT) started making its own milk back in 2017.

The other side of Dean’s problem is that more expensive milks and nondairy products arrived on the market with a splash. Dean became the high-cost middleman of the milk market, catering to neither the low- nor high-end consumer.

Dean is now in “advanced discussions” with Dairy Farmers of America to sell all of its assets. Such an outcome would be better for Dean investors, as it would offer better value than a sale while in bankruptcy.

As you may have noticed, we’re on a bit of a market sentiment kick today on Great Stuff. For most of the year, swings toward bullish or bearish sentiment result in a slow, measured grind in one direction or another.

Around earnings season, market sentiment gets amplified through the roof. Extremes in either direction can entice investors into making some very emotional, very big mistakes. It’s understandable. Earnings reports promise big, sharp directional moves in a stock. And those moves can be quite profitable … if you guess correctly.

But Banyan Hill expert Chad Shoop doesn’t play that guessing game … and he still makes bank. Here’s Chad to explain with today’s Quote of the Week:

You see, investors think I missed a trade when I make my move after companies announce their earnings.

But boy, are they wrong!

By jumping in after these big one-day price moves, we are still getting the chance to generate gains of 50% in a single day. We’ve even seen 100% gains in just weeks.

OK, that really wasn’t much of an explanation. Clearly, I’m teasing you. (Shame on me, I know.)

In order to get the whole enchilada — including Chad’s “3 P’s” of identifying winning trades — read today’s article: “Dominate Earnings and Make Consistent Gains This Holiday Season Through 2020.”

It’s been nearly a week since I last requested reader feedback, and I’m getting hungry.

As usual, you have two days to write in to GreatStuffToday@banyanhill.com if you want to make this week’s edition of Reader Feedback.

Here, let me get you started: 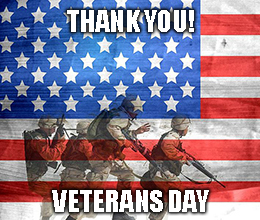 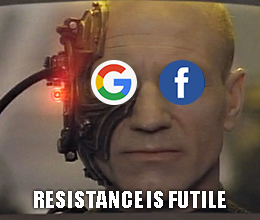