Crude oil prices took a wild round trip over the last 18 months. You can see what I mean from the chart below:

And then the U.S. pulled out of the Iran nuclear treaty and set a deadline to cut off Iran’s oil exports. In addition, OPEC began to cut production.

The combination of OPEC cuts and the threat of cutting Iran’s oil exports proved effective. The price of oil rose 76% from June 2017 to October 2018 … but then the wheels came off.

When the deadline for Iran’s sanctions arrived, the U.S. waived nearly all of them.

Out of a potential 2.5 million barrel cut in exports, they achieved a fraction.

At the same time, the U.S., Saudi Arabia and Russia added an enormous amount of oil to the market. That created a huge supply glut.

And fears of weakening growth in China cooled most investors’ outlook for demand.

The combination of too much supply and reduced demand sent oil prices plummeting. In just two short months, from October to December 2018, oil prices fell 43%.

That kind of volatility is unusual to say the least. And it could come back again in 2019.

OPEC+ and the May Iran Deadline

The deal comes from a group known as OPEC+ because it includes countries outside the cartel too.

They set a goal to cut 1.2 million barrels per day from the market by June 2019.

The U.S. sanctions on Iran are coming back around. Back in November 2018, the U.S. gave waivers to most countries that requested them.

Once again, the market is in the dark about how much oil could come off the market. There are easily a million barrels per day of supply at risk, depending on the number of waivers given.

And now there is Venezuela.

The country is in the throes of a tremendous economic crisis. In 2018, the inflation rate hit 80,000%, according to Forbes.

That’s one of the worst hyperinflationary crises in history. It’s the result of decades of incompetence, corruption and socialism.

The government is split. Nicolás Maduro was re-elected president earlier this month, under protest.

Now a new opposition leader, Juan Guaidó, declared himself president. And the U.S. decided to back him.

That support comes with the threat of economic sanctions, including oil exports.

Venezuela accounts for about 2.7% of the world’s oil exports. The country produces over 1.5 million barrels of oil per day.

There are plenty of ways that oil supply could be disrupted in 2019.

And there’s less fear of a global economic recession than there was in December. That accounts for oil’s 27% run-up over the last three weeks.

However, I expect to see this climb continue into 2019 — particularly as we close in on the May deadline for Iran’s oil exports.

There’s a lot of potential oil that could come off the market. The fear of a shortfall this summer will drive oil prices up.

And we can profit from that.

If you don’t have any oil companies in your portfolio, it isn’t too late to add some.

You can get broad exposure to the U.S. oil industry through the VanEck Vectors Oil Services ETF (NYSE: OIH) or the SPDR S&P Oil & Gas Exploration and Production ETF (NYSE: XOP).

Either one will do fine to grab a quick profit on rising oil prices into May’s Iran deadline. 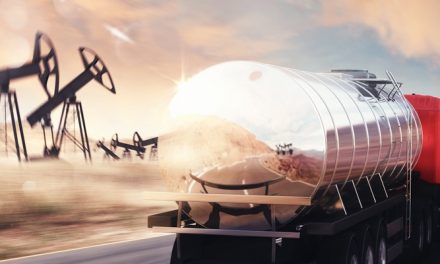