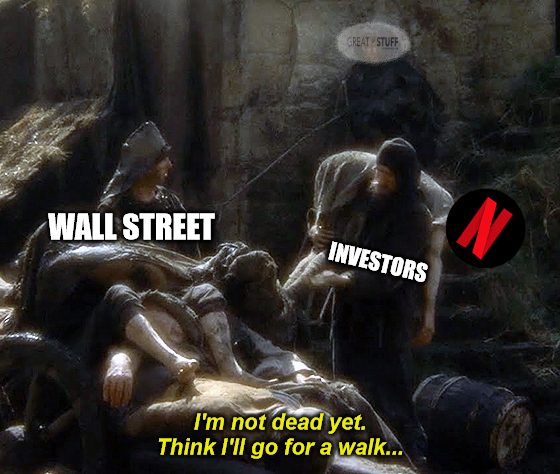 Great Ones, as we celebrate mediocrity, all the Netflix (Nasdaq: NFLX) boys upstairs wanna see is how much you’ll pay for what you used to get for free…

There goes the last DJ.

Yesterday, I revealed Netflix’s plans to start charging you for password sharing … and said I’d fill you in on the dirty details of the company’s looming Q2 financial report. Well, those numbers are finally in, and Netflix is looking a touch healthier than it was before.

But just a touch:

As you can see, earnings remained strong. And despite missing Wall Street’s target, Netflix’s revenue still rose 8.6% from last year.

But we all know that nobody really cares about Netflix’s revenue or earnings.

It’s all about subscriber growth! And Netflix blew even its own forecasts out of the water.

For Q2, Netflix said it lost 970,000 subscribers … roughly half as many as expected. According to the streaming giant, 1.3 million U.S., Canadian and European subscribers ran for the hills. However, Netflix added 1.1 million Asian-Pacific subscribers during the quarter.

This, Great Ones, is where the streaming market gets interesting. Western countries are clearly flooded with streaming options, leading to a hefty subscriber churn rate. But in Latin America (where subs were flat) and the Asia-Pacific region, Netflix clearly has plenty of room for more growth.

In fact, the company projected that it would add about 1 million subscribers in Q3 … with most of those likely coming from Asia.

So what does all this mean for Netflix?

Well, it means that growth is stagnating in the U.S., Europe and Canada … just as I predicted it would. But it also means that there is plenty of room for growth internationally — especially in Asia.

Right now, Netflix gets about 60% of its top-line revenue internationally, with a majority of that coming from … you guessed it: Asia. Government red tape and a strong U.S. dollar are going to make additional expansion in Asia costly.

Finally, the biggest bright spot I see for Netflix is the company’s ad partnership with Microsoft (Nasdaq: MSFT). The company tapped Ol’ Softy to help it roll out an ad-supported streaming tier. I think this new ad-supported tier could help alleviate some of Netflix’s stagnant growth in the U.S. … but only a little bit.

I’m still on the fence about how many existing subs will move to the cheaper ad-tier … especially if the U.S. enters a recession.

The bottom line here is that if you are already a NFLX investor, keep holding. This news is no reason to sell right now. However, I also don’t see any reason to buy NFLX at this point either. There are just too many unknowns outside of the company’s control.

Instead of Netflix, what you should look into isn’t a stock at all. It’s “wiretapping.”

Andrew Keene has been killing it this year. In a year where the S&P has dropped 18% and the NASDAQ has dropped 28% … his portfolio produced 72% winning trades.

He shares these signals with members of the exclusive Trade Room. And by following them, members have seen one-hour gains as high as 100%, 230% and 250%.

The Good: Dude, Just Hear Me Out… 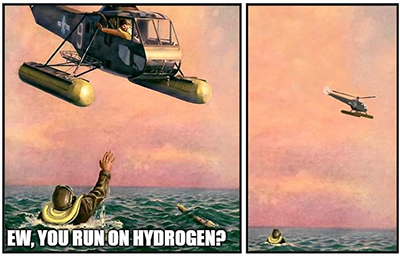 Hydrogen. Helicopters. For all y’all wondering where the flying cars are that the Jetsons promised you … they’ve actually been around for a while. Surprise: It’s a helicopter.

OK, you’ve got a point there.

Fuel cells? In my aircraft? Hey, it’s better than using eight planes to carry the weight of the batteries needed to fly a single plane…

Believe it or not, more companies are looking to start up flying taxi businesses — hydrogen-powered or otherwise. I’m talking Toyota, General Motors and even Honda developing technology to get airborne.

What can I say? We get hydrogen with a little help from our friends.

The Bad: More Dips Than Chips 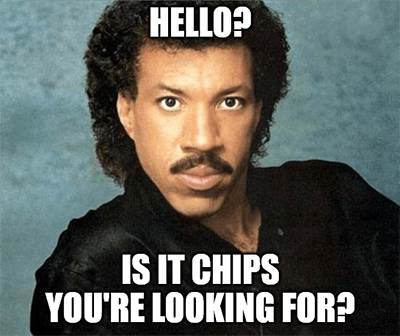 Bank earnings? Puh-lease, that’s so last week. It’s semiconductor time, Great Ones. I’m sure you’ve had your calendars marked and everything, surely…

But before we hear from the likes of AMD and Nvidia, all the chipmakers and their chipmaking mothers were waiting on one report and one report only: the mighty ASML (Nasdaq: ASML).

So what did ASML deliver this morning? An impressive double beat! Both earnings and revenue topped analysts’ estimates with room to spare. Woot! Wait, why is ASML dropping like a dead fly?

Aha: Because ASML didn’t report a double beat and raise. No, when it comes to such touchy subjects like the chip shortage — Wall Street’s sorest of sore spots during the pandemic — forward-looking guidance is all that matters.

You can’t. Always get. What you want.

But ASML still can’t get what it needs:

Let’s get this straight: Soon, we’re going to hear other chipmakers report lower demand because of lower consumer demand … presumably because their cash is going toward other inflated purchases.

Yet other customers, such as automakers, need more chips than ever, and they certainly need ASML’s equipment to test those chips. So ASML is still seeing some demand, just not all the demand it could have.

But that’s not all:

The cause of the forecast downgrade was supply-chain delays that have pushed the chip equipment supplier to ramp up fast shipments to customers, delivering units before final testing has taken place. This results in a lag in revenue recognition until final testing and formal acceptance takes place on the customers’ site.

Ah, clear as mud. ASML is actually trying to deliver equipment to customers before completely testing that equipment … and before the equipment can test chips. After testing, then the moolah shall flow.

For that reason, ASML dropped its 2022 sales growth forecast from 20% to a mere 10%, and Wall Street freaked out, sending the stock cratering on the open. Thankfully, some sense and reason prevailed, and ASML stock ended the day in positive territory.

To be loved by you? What, are you on a James Taylor kick still?

No, no … and no once again. I’m talking about how sweet it is to sit back, dig into some ice cream sundaes and watch more of this Twitter (NYSE: TWTR) versus Elon Musk mess unfold. OK, the sundae is optional, but you know you were hankering for one anyway, face it.

Remember how we just mentioned Elon Musk’s wishes to hold off his ensuing court battle with Twitter? And how Musk wanted to delay every part of the Twitter buyout being scrutinized under oath? Down to the poop emoji Tweets and all?

First off, what a title that is. “I am the chancellor of the Court of Chancery. Do you bite your thumb at me, Elon?! I hereby summon you to purchase Twitter!” Or at least that’s how I’m hearing it go down in my head.

Also, Musk and his lawyers originally wanted to push this trial to February 2023. But when you’re the one accusing Twitter of “foot-dragging and obfuscation” … this isn’t a good look for Elongated Muskrat.

What do you think, Great Ones? Send me your thoughts on this whole ordeal: GreatStuffToday@BanyanHill.com.

As it turns out, you actually have a new way to keep in touch with us…

Check Great Stuff Out On TikTok!

You can get anything you want on Great Stuff’s TikTok.

You can get anything you want on Great Stuff’s TikTok.

You can get anything you want on Great Stuff’s TikTok … memes, stock market ideas, hot trades, hot takes, spit takes and random earworms that will be stuck in your head until the next earworm comes along. 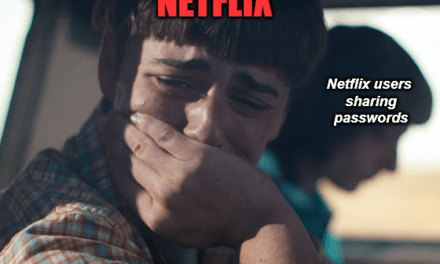 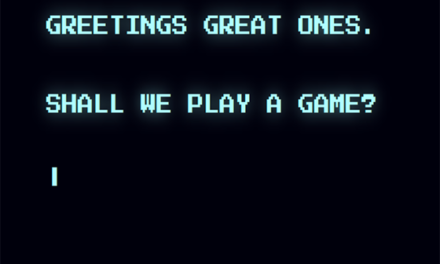