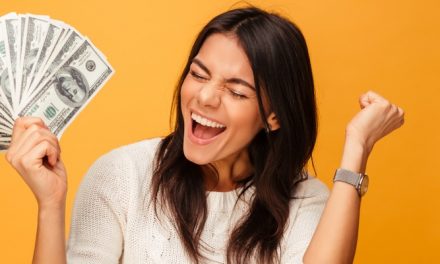 I wish I looked at inflation this way 10 years ago.

I may have been able to prepare for the financial crisis.

Back then, I was trading options on gold and metals stocks.

Agnico Eagle Mines was one of my favorite gold stocks to trade. It still is!

Call options on companies like Agnico Eagle made it easy to earn triple-digit gains then. But the financial crisis made it almost impossible to keep them.

Thankfully, we can learn from the past.

For instance, we can think about inflation in a way that helps us profit and protect as recession approaches.

Inflation has been subdued for most of the last decade.

The U.S. economy experienced some inflation just after it emerged from the Great Recession in 2009.

Despite the ongoing expansion, the core measure of Personal Consumption Expenditures (PCE) didn’t climb to the Federal Reserve’s 2% target until last year.

The Fed uses the core measure of PCE because it is less volatile — it excludes sensitive price changes for things like food and energy.

But it’s useful to monitor food, energy and other prices the economic cycle affects.

These prices are starting to rise.

When they rise fast enough, it feeds the inflation boogeyman.

And there’s an indicator warning us the boogeyman is coming.

This minimum unemployment rate reflects the number of people who are unemployed because automation replaced their jobs, or they lack skills to gain employment.

It’s a level where the economy is running not too hot and not too cold — but just right.

Inflation typically starts to rise when actual unemployment is below the natural rate for a couple of years.

The red line’s been below the blue line for two years.

We see similar data for 2008. That’s a recipe for inflation and recession.

Today, the U.S. labor market is tight, and the economy has been growing for years.

The only thing missing is inflation.

Indeed. Prices of commodities and natural resources are priced as if we were in the middle of the economic cycle … it doesn’t reflect the inflationary end times that doom an economy to recession.

But not for long…

Iron ore, the chief ingredient in steelmaking, surged 42% since November.

Gold and live cattle futures are each up 8% in that time.

Copper futures jumped 6%, and nickel futures soared by more than 20% in January.

Crude oil rose as much as 20% last month, gasoline more than 8%.

At the start of February, lumber prices were more than 30% higher year to date.

Act Now and Profit From Inflation Before the Recession Hits

The U.S. Federal Reserve is data-dependent.

It won’t do anything that might stunt economic growth, unless it can justify it with economic data.

Well, growth is now moderating. The world thinks the Fed is on hold.

But asset prices are on the rise.

If they continue higher, and inflation takes hold, the Fed will raise interest rates again.

And though it sounds counterintuitive, a moderate rise in rates can stoke inflation expectations.

After all, the Fed wouldn’t hike rates again unless inflation needed to be tamed, right?

Well, inflation doesn’t need to be tamed … yet.

But it’s not hard to envision a scenario where inflation rises suddenly and becomes a precursor to recession.

It didn’t last long, but the profit opportunity was good.

I don’t have specific dates for when a U.S. recession will begin.

But I think that if interest-rate hikes speed up inflation, a mild recession could start before the year is over.

DBC tracks an index made up of oil, gas, precious metals and commodities.

If 2019 unfolds like 2008, we have five months left to profit before it’s time to position for a bear market. 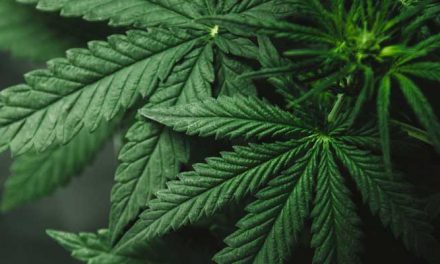 Many Americans Are Ditching Alcohol for Cannabis