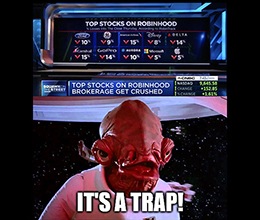 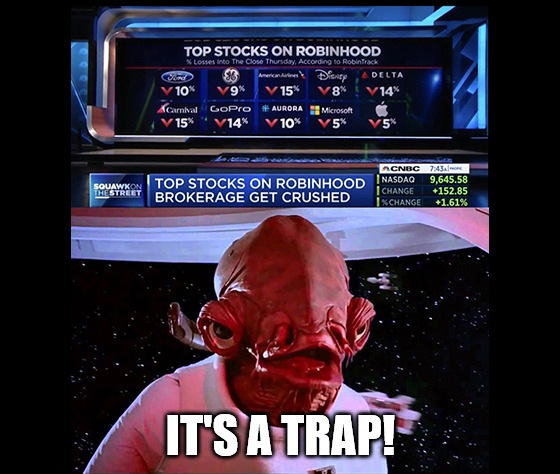 I don’t know where the market’s going. But I sure know where it’s been.

Trading on the promises in songs of yesterday. But Great Stuff has made up its mind. We’re not wasting no more time.

Yesterday’s market sell-off was a volatility wake-up call. An acknowledgement that the pandemic and its economic impact are far from over. Following the Federal Reserve’s cautious tone on the U.S. economy, the International Monetary Fund issued a similar warning about the global economy.

Plus, the “second wave” is coming. Coronavirus infection rates have spiked significantly in 14 states — up 40% in Arizona, Utah and New Mexico, and by more than 30% in Florida, Arkansas, South Carolina and North Carolina.

So, here we go again on our own. Going down the only road we’ve ever known!

But you’re no drifter, dear reader. You have Great Stuff to walk by your side through this market turmoil.

Today, the market rebounded sharply. Why? Even a dead cat will bounce if you drop it from high enough.

Whether today’s rebound is a so-called “dead-cat bounce” or not remains to be seen. (Schrodinger’s cat bounce?)

One thing you can count on, however, is that market volatility is here to stay. At least until we kick corona to the curb.

So, if you need the strength to carry on…

You don’t have to hold on to stocks for the rest of your days or let your portfolio collapse with one single day’s fickle volatility. No more waiting for love’s sweet charity.

If holding stocks is the only road you’ve ever known, you have no idea how much simpler Mike’s One Trade strategy is. No guesswork, no calculating — and no need to fear the volatility reaper any longer.

And now for something completely different … it’s time for our Friday Four Play: 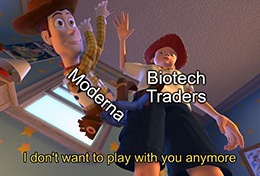 For the market to get truly back on track and shed this ridiculous volatility, we need a COVID-19 vaccine. There’s just no way around it.

Moderna is going with a 100-microgram dose for the vaccine. Why mention the dosing level? Because it matters on the production front.

At this level, should the tests prove successful, the company says it could provide 500 million doses per year initially. After ramping up production and collaborating with Swiss drugmaker Lonza Group, Moderna could make up to one billion doses per year starting in 2021.

That said, it appears that biotech investors are growing immune to constant vaccine updates. MRNA shares barely reacted to the news. Are investors finally keeping a lid on their biotech hype? One can only hope.

Now if only temperance could reach travel stocks… 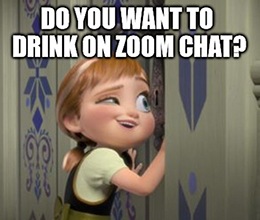 You don’t become a household name without breaking a few eggs here and there. Gaffs happen — it’s life, after all.

But Zoom Video Communications Inc. (Nasdaq: ZM) leaves no eggs un-smashed as it undermines its own success. First were the lax security measures that lead to the “Zoombombing” phenomenon in March. Then, the company suffered a service interruption during Sunday virtual church services last month.

Now, Zoom was accused of cozying up to the Chinese a little too much. At the request of the Chinese government, Zoom closed the account of U.S.-based Chinese activists. The group was shut down after commemorating the 31st anniversary of the Tiananmen Square Massacre.

China really hates reminders of that event, and Chinese law forbids discussion of the topic on the internet.

The move prompted the U.S. government to question Zoom’s Chinese ties. In its defense, Zoom claimed it was simply following local law. The company has since apologized for its actions and reinstated the closed account.

ZM shares are up more than 220% year to date and are treading water in the wake of the China news.

No. 3: The Young and the Disc-Less 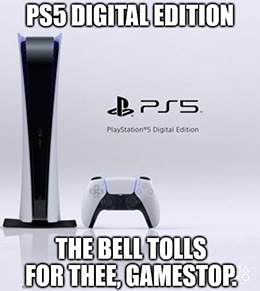 The new console’s big reveal came with the typical array of new and rebooted game titles. But what got gamers and non-gamers alike talking is an alternate slimmer PS5 version … without the classic disc reader for physical games.

But, but, how do you blow the dust out of your game cartridges now? What kind of future is this?

Moving away from physical game copies is nothing new — in fact, Statista reports that 83% of all video games sold in 2018 were digital, and it’s only up from there. No scratched discs, no worries. And no more Cheeto dust on your friend’s copy of Gran Turismo.

There’s no word yet on product pricing. This is typically a sticking point between console buyers in the ever-waging Xbox versus PlayStation war. Though, I expect the disc-less version to come in considerably cheaper than its optical-drive sibling.

Hot take: I guarantee you the first version of the PS5 had no physical media player. Sony added it after the fact to appease anyone still living in the physical past, like those DVD-VCR combo monstrosities of the ‘90s. I still have one of those, by the way.

SNE started the day up about 3% but fell with the overall market shortly after.

Initially, GameStop Corp. (NYSE: GME) was also up over 7% on the hope that people would actually come into its stores again. But we all know that the cheaper, disc-less PS5 is going to be the most popular. So, in a way, GameStop will be selling its own demise. Many, if not most, PlayStation users did away with their GameStop gallivanting long ago.

The PS5 release will simply be another tolling of the bell for GME. 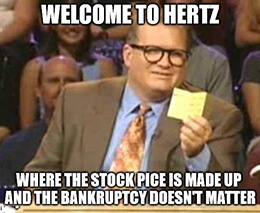 From the “what the H, E, double hockey sticks is going on?” corner of the market: Bankrupt Hertz Global Holdings Inc. (NYSE: HTZ) wants to sell $1 billion in stock.

Typically, when a company dilutes shareholder stakes by offering millions of new shares, the stock valuation drops. But not Hertz, no sir! Bankruptcy didn’t faze HTZ’s price, so why should share dilution?

Also, Hertz wants to get out of 144,372 vehicle leases. Of course, it does; we all do at some point. But, have you ever tried to get out of a vehicle lease early? The number of hot coals they rake you over would blanch the most calloused fire walker.

I haven’t seen a stock this divorced from reality since the dot-com bubble. This rally is pure, unadulterated speculation. You’d have better odds in Vegas, baby.

Great Stuff: Gallivant to Our Inbox

Thank you for tuning in to another week of Great Stuff in these pandemic times.

We hope you’re staying safe out there — and hopefully sane, too!

We’d love to hear from you, no matter what questions, feedback or suggestions you may have. Why not drop us a line right quick? What’s a weekend without shouting out to your best virtual buds? 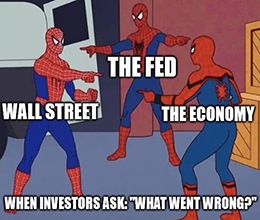