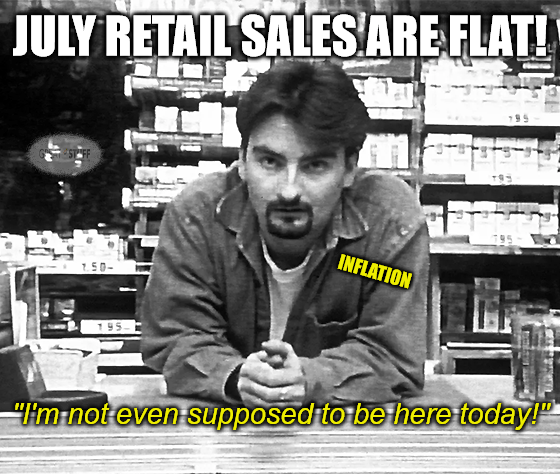 Life’s the same except for gasoline.

Life’s the same, or so the analysts say…

Great Ones, the latest and greatest on U.S. retail activity from the Commerce Department hit today … and according to analysts: “Everything’s perfectly all right now. We’re fine. We’re all fine here now, thank you. How are you?”

Did you just go from The Cars to Star Wars?

Getting back to the point, U.S. retail sales were flat in July compared with June, when retail sales rose 0.8%.

Sales on pretty much everything rose in July, except gasoline and auto sales, which declined 1.8% and 1.6%, respectively.

According to practically everyone on Wall Street, this was good news. The retail report apparently showed that U.S. consumers spent more on goods when gas prices dropped.

“The plunge in gas prices in July was a tailwind to spending in other categories,” said Bank of America.

“People appear to have used some of the savings from lower gas prices to spend more on other items, both in nominal and — very likely — real terms,” said Ian Shepherdson, chief economist at Pantheon Macroeconomics.

Barron’s was so confident in the narrative that it put the positivity in the headline: “Retail Sales Were Stronger Than They Looked.”

Because I like big “buts” and I cannot lie?

Seriously, though. There are two factors that make me question this “everything is hunky-dory” narrative we’re being fed today. 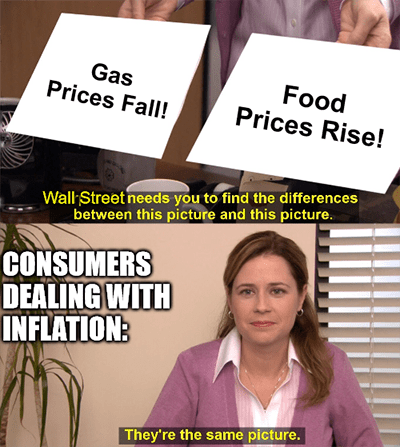 The first is that retail sales figures aren’t adjusted for inflation. Every single article on today’s retail sales data will tell you exactly that.

The second is this: “Food sales rose just 0.2%, however, even as the food price index as measured by the Bureau of Labor Statistics rose 1.1% for the month.”

Do you see what’s going on there?

Let me put it another way… Food prices rose, but gas prices fell … and life’s the same, you’re just living in stereo.

Essentially, your trip to the grocery store cost less, but your groceries at the store cost more. And somehow that’s a good thing according to Wall Street analysts.

All y’all regular Joes out there know what I’m talking about. But even if you look at this from an investing perspective, it’s a wash. Energy companies make less money when gas prices fall, and so their stocks go down. Meanwhile, grocers make more money when food prices rise, so their stocks go up.

So what’s the real-deal Holyfield take on this situation?

Well, the U.S. economy is attempting to reach an equilibrium between inflation and demand. There is plenty of consumer demand … for now. But as prices continue to rise, that demand is going to evaporate pretty quickly.

And as you’ll see in just a moment, that demand is already starting to evaporate.

We are far from out of the woods, Great Ones. Be selective in your investment choices.

Editor’s Note: These 20 DJIA Stocks Are The “Walking Dead”

Of the 30 stocks in the Dow Jones Industrial Average, 20 are headed for oblivion, according to Ian King.

If you went back to the DJIA in 1980, 26 of those 30 companies have either vanished or are a shadow of their former selves: Kodak, International Harvester, Sears, Woolworth’s and U.S. Steel…

In this special presentation, he’ll show you WHICH 20 stocks in the current Dow are headed for failure. And he’ll reveal why instead of taking 40 years for these companies to fade away, some of them will be gone within the next five years.

Going: On The Lowe’s Lowe’s 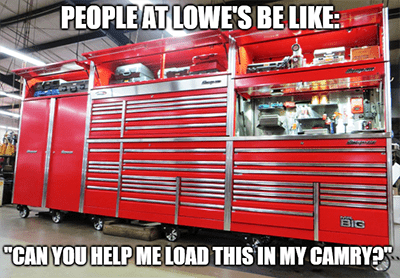 First up in retail’s “everything is hunky-dory” roundup? The other half of home improvement’s DIY duo…

What? No, I don’t think so, Tim. It’s Lowe’s (NYSE: LOW). And as Home Depot (NYSE: HD) showed yesterday, things are getting a bit hazy in the earnings confessional — and it’s not just the sawdust in the air.

Sales were down from last quarter but up marginally from last year. So Lowe’s beat expectations on earnings but missed on revenue as same-store sales fell 0.2%. That’s nowhere close to the 2.1% increase that analysts wanted. So why are they so far off?

People are buying less stuff, but that stuff is more expensive. While this sounds oversimplified, as we know … you kinda have to spell things out for Wall Street when it comes to how retail works. (More on that in a sec.)

For Lowe’s, discretionary spending has all but dried up. The stimmy checks done run out. Food gets more expensive by the day. How many people do you think are hitting up Lowe’s right now to upgrade their appliances? Not so many … nowhere near as many as at the height of the pandemic lockdowns.

Yes, I know the world is in a crisis, but I want a new fridge, dang it … and more patio furniture.

No, it’s all about courting the contractors and other pros that … you know … Lowe’s relies on in non-pandemic times. A 13% uptick in pro customer sales helped ease the drop-off in sales from your average consumer … but not enough to impress the Street. 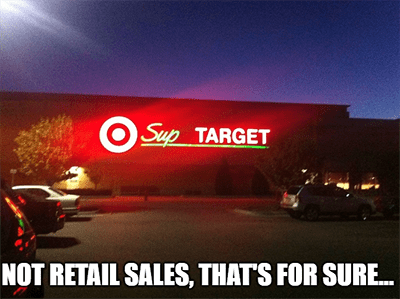 Remember yesterday — lol, no — when Walmart (NYSE: WMT) disappointed everyone with weaker than weak earnings guidance? And Target was like: “Sucks to suck, that’s why I ditched all that worthless inventory ages ago.”

See, after finally getting all that junk in stock that people wanted to buy during the pandemic … retailers were gonna end up with massive losses on that out-of-demand inventory. The only question was “when?”

And the bright side? Now Target has room for inventory that customers actually want. (A big part of me knows that means Christmas taking over the Target floors even earlier than usual, but oh well).

Now Target gets to wow investors in the future with (hopefully) glowing earnings, having already sold off unwanted inventory that retailers like Walmart have yet to cope with. There’s a reason why TGT shares “only” fell 3% today as it reiterated its full-year forecast.

But if Target had to sell off enough unwanted inventory to warrant a 90% drop in profit … what junk do people even want to buy these days? 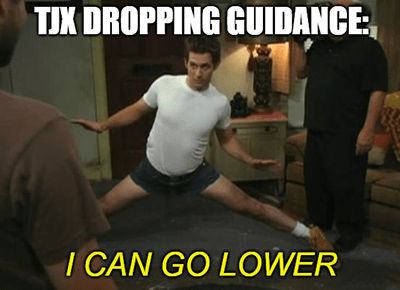 Here’s a hint: If it’s at T.J. Maxx or Ross, people probably aren’t begging for it.

While Target can sell off all that stuff and focus on other things — such as that expensive food we just mentioned — TJX Companies (NYSE: TJX) simply can’t.

In fact, home goods and clothing are like … T.J. Maxx’s entire hustle. So you can imagine how marvelous the company’s report looked this morning…

Let me guess: The “marvelous” part was sarcasm?

Well, I’m certainly marveling at TJX’s revenue falling from $12.08 billion a year ago down to $11.8 billion last quarter, which missed analysts’ targets for $12.05 billion. However, just like Lowe’s, TJX’s earnings beat expectations, with a few pennies to spare.

Thing is, with consumers being thriftier amid the economic uncertainty, you’d think they’d flock to discount stores like Burlington or Ross, no?

Wrong. And CEO Ernie Herrman has some brilliant insights on that front:

U.S. comp sales for the second quarter came in lighter than we expected as we believe historically high inflation impacted consumer discretionary spending.

Judging by how TJX lowered its outlook for the full year, the “inventory woes” are far from over for retail — especially if you’re like TJX here, pigeonholed into selling what people aren’t buying.

What do you think, Great Ones? Whatever you want to rant, rave, vent or ramble about, send it to our inbox: GreatStuffToday@BanyanHill.com. Write to us! 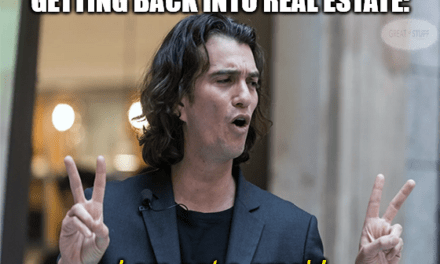 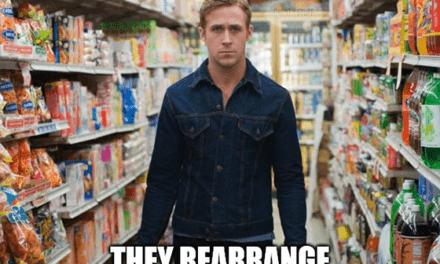