Interview With a Natural Resource Guru 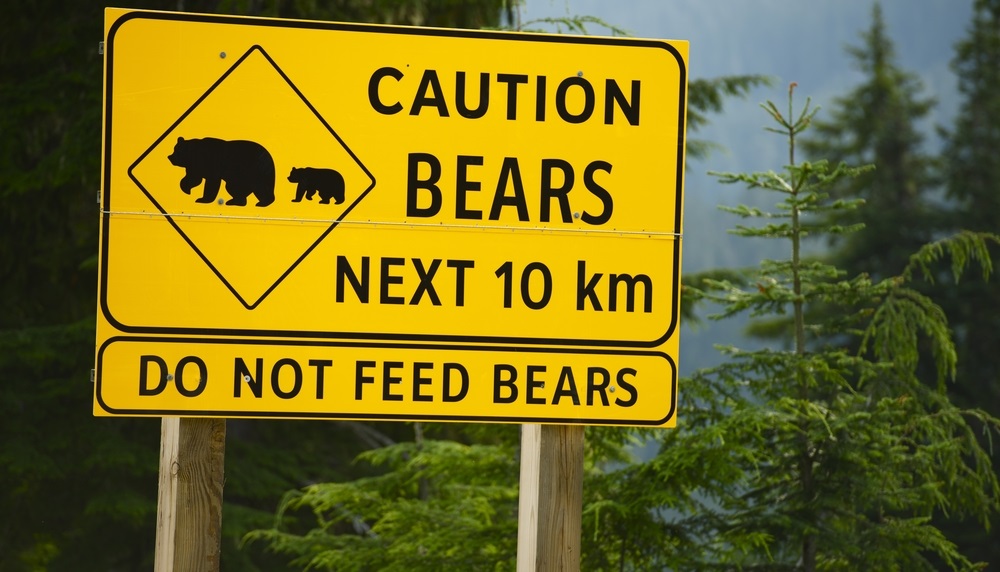 One of my favorite books is a humble, weather-beaten 1930 edition of The Prospector’s Handbook.

The book belonged to a favorite aunt of mine — I found it in her home library after her passing. As best I can figure, she bought it so she could learn a little about the local mining industry during a stay in Reno, Nevada, in the 1950s.

Read a few pages, and soon you find yourself wanting to buy a pack mule, a pickax and a box of dynamite — and setting off into the High Sierra.

But the book’s best line is as true for mining investors now as it was for prospectors then:

“During his arduous and hazardous explorations, [the miner] is buoyed up with the pleasing hope — some day in the future, he knows not how soon or how late — of being fortunate enough to strike something rich.”

Isn’t that what we’re all after, anyway?

Fortunately, we don’t need The Prospector’s Handbook to achieve that goal.

All we have to do is read the words of Matt Badiali, Banyan Hill’s newest editor…

“Boots on the Ground” Advice

A geologist by training, Matt holds a Bachelor of Science in Earth Sciences from Penn State and a Master of Geology from Florida Atlantic University. He has worked in several aspects of geology, including spending time on a drilling rig.

But the best part is, Matt has a hands-on, go-anywhere, talk-to-everyone approach to his investment prospects. He’s visited countless mines and oil wells the world over, interrogated CEOs about their latest resource prospects and analyzed all manner of geologic data.

All the better to determine whether a company really has a bonanza on its hands — or just an expensive hole in the ground.

Read on as Matt kindly took a few minutes to share some of the details of his life and his insights on resource investing. And be sure to read his first article in next week’s Winning Investor Daily:

JL: First of all, welcome to Banyan Hill!

Matt: Thanks, JL. It’s great to be here! The Prospector’s Handbook is iconic; it’s so great that you’ve read it.

JL: What does it mean to be a trained, experienced geologist when it comes to picking stocks in the natural resource sector?

Matt: Well, I spent the last 11 years writing and researching great investments in the natural resources  field for another financial publisher. Basically, I wrote the book on their resource investing franchise from scratch. At the same time, I learned plenty from some of the best financial analysts around.

But natural resources are a tough sector for most traditional financial analysts. I know several guys who just avoid them altogether. To illustrate my point, I’ll tell you a story. A few years ago, a well-known hedge fund manager called my old boss and told him he’d found a fraud. It was a small oil-drilling outfit working in New Guinea. I was brought into the conversation and realized that he was talking about a company that I’d just read about in an industry journal. The Wall Street guy was talking about how they had no revenue … kept putting out gaudy press releases … and kept raising money.

All of those things were clear red flags for him … and would be in a more traditional sector.

However, this company, in fact, had drilled through 1,000 feet of porous limestone. That’s an ideal oil reservoir. They’d missed the good stuff in a previous well but were dialing in.

While that looked like a boast, it was actually science … and their next well was a huge hit. That one well produced a whopping 705 million cubic feet per day of natural gas in its initial test … a world record. To put that in perspective, that’s roughly enough natural gas to supply a 5,000-home subdivision for a year.

That one well produced it in a day.

So, it turns out that this little oil company completely fooled the Wall Street hedge fund manager. That’s because many of these companies operate differently than traditional brick-and-mortar businesses.

That’s what I specialize in.

JL: I’m going to flip my last question around … it’s one thing to be a geologist. How does that qualify you to be a good stock picker?

Matt: Well, it doesn’t. But I’ve spent the last decade-plus marrying those two skills. Let’s look at 2016, for example. Gold, base metals and oil all soared early in the year. Then, in the final six months, prices eased lower. As a result, indexes of stocks in those sectors were flat for the year.

However, 71.1% of the companies I recommended went up in price. The average return was 8.7%, and the annualized return was 17.5%. Over that same period, the S&P GSCI commodity index was up just 0.9%.

There are a couple of secrets to that success (which I’ll share in the newsletter) … not the least of which were those early bull markets.

JL: Explain your “boots on the ground” philosophy. What do you look for on these visits, and … does it really matter? Don’t they control what you see?

Matt: In my experience, you don’t really know what’s going on unless you see it for yourself. That goes for everything from local politics to company results. The best way to be sure your investment is safe (and correctly made) is to go see for yourself.

There’s more to it than just that. My training as a geologist is a huge help when I’m looking at specific projects. That’s more than just my formal education; I’ve learned more on the job than I ever did at universities.

Without boring you, let’s just say that there are certain red flags that are best seen on the ground. For example, I like to check on how skilled the drilling crews are — how long it takes them to drill a hole. Or how smooth the operation runs … in small companies, drilling often makes up the largest expense. Watching the drillers can tell me a lot about the health and potential of a company.

There are dozens of little things like that I’ve learned over the years. Most of them I learned from spending time in the field with smart, skilled folks.

I’m fortunate in that I’ve been in the field with some fantastic geologists over the years. They taught me a whole skill set for identifying problems that can affect the value of these kinds of companies.

JL: Do you have a favorite story (or stories) out of these visits? Mining camps always seem to be in some fairly inhospitable places.

Matt: I once flew up into the coastal range of British Columbia to see a mining project. It was pretty remote, about an hour by helicopter. We flew over massive glaciers, steep ravines and sheer cliffs. When we got there, we had a “safety talk,” standard fare for visiting risky workplaces. We covered most of the traditional stuff pretty quickly … fire, slip and fall, even helicopter safety. Then we spent the next 30 minutes on bear safety.

JL: You mean bears … as in grizzly bears?

Matt: That’s right. The camp was semipermanent, so the kitchen waste brought them in fairly often. They had guns and a big bell that they rang. Let’s just say I didn’t sleep all that well that night.

JL: Well, that’s a story you don’t hear every day…

You’ll be discussing a lot more of your investing views with Winning Investor Daily subscribers yourself. But briefly, what’s your take on oil and precious metals prices?

Matt: Ha! Nothing like putting me on the hook right out of the gate, JL! If I had to make a guess, I’d say lower oil prices. That’s because U.S. production is only getting better and more economic. And because OPEC nations have to cheat their quotas just to pay the bills. We’ll see more oil hit the market this summer (barring a catastrophe).

As for precious metals, that’s a bet on currencies. Strong dollars mean weak gold prices and vice versa. I’m not bullish on the dollar right now, which means I think we’ll see gold and silver prices continue to rise.

I’m excited to create this new product for Banyan Hill readers. If you like investing in natural resource stocks, if you want to read about mining or oil companies, or if you just like to make money … this newsletter is for you. It will be chock-full of information that will help you navigate natural resource investments. We’ll be in the right position to double or even triple our money when the resource markets give us those opportunities. 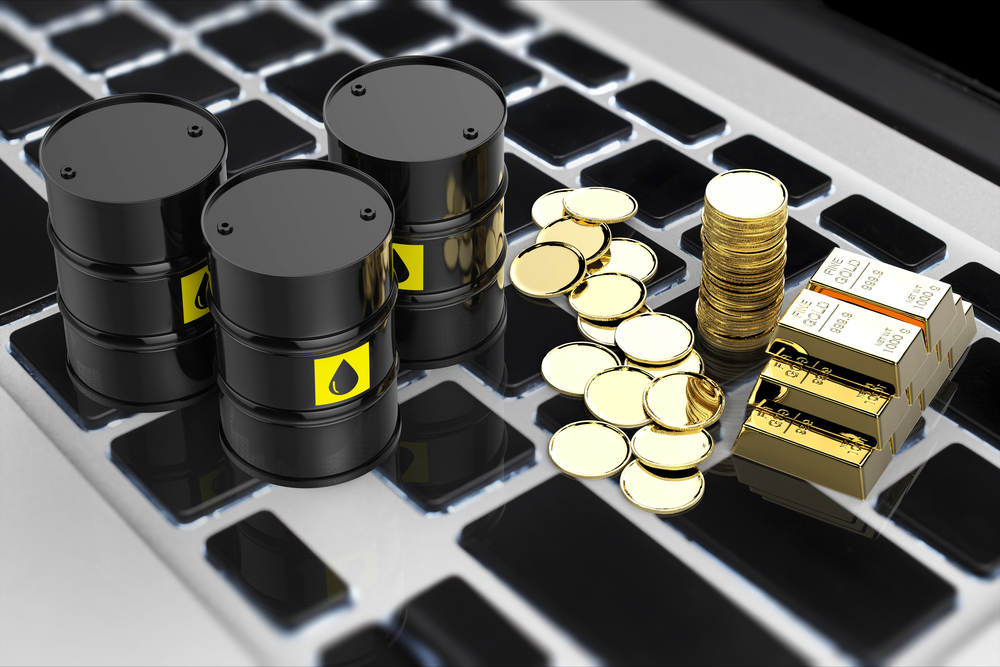 The Most Hated Asset Class

Fill the Gap in Your Portfolio