Home » Great Stuff » This House Is On Fire, Berkshire’s Big Bet & Getting Sentimental 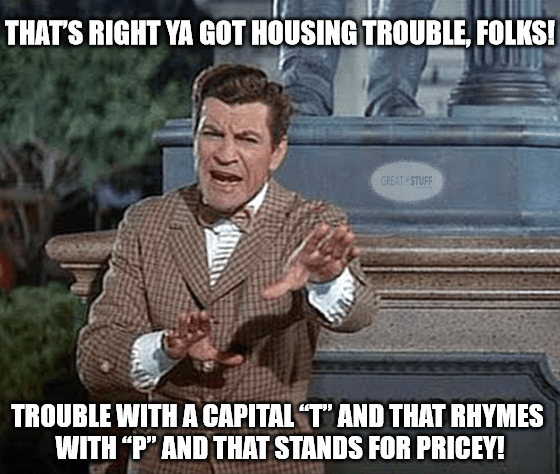 Great Ones, it’s time to talk about houses again.

Do we really have to?

You see, there was a report on February U.S. existing home sales on Friday that literally got buried under a landslide of Russia/Ukraine and oil news.

And while I know that the market can remain irrational longer than I can remain solvent, this latest housing news does not bode well for the market.

Just what we needed … another red flag.

That’s right, ya got trouble, folks! Right here in River City. Trouble with a capital “T,” and that rhymes with “P,” and that stands for pricey!

Dude, it’s Monday. I ain’t got time for The Music Man right now … get to the point!

On Friday last week, the National Association of Realtors (NAR) reported that February U.S. existing home sales plunged 7.2% from January and were down 2.4% year over year. In fact, sales declined in each of the four major U.S. regions, with the Northeast and Midwest hit the hardest.

NAR Chief Economist Lawrence Yun noted that: “Housing affordability continues to be a major challenge, as buyers are getting a double whammy: rising mortgage rates and sustained price increases.”

But Yun also said that he expects “the pace of price appreciation to slow as demand cools and as supply improves somewhat due to more home construction.”

I think Yun is spot on, to some degree. It’s important to note that home sales and construction always take a hit in January and February … because it’s freaking cold in the winter. Duh. Too cold to build … too cold to buy for most.

So Yun has it right that more home construction later this year will improve the housing market situation … but only moderately.

If we were just looking at the housing market in a vacuum, Yun and a plethora of other economists would be spot on. The thing is, it’s not just about soaring home prices and rents. It’s about soaring everything.

Yes, I know I was one of those “talking heads” pushing the notion that inflation would be transitory. I still believe that. But nobody expects the Russian inquisition!

Things happen. It is what it is. Call it what you will, but Russia really threw a monkey wrench into the whole recovery narrative.

Because of Russia’s invasion of Ukraine, supply chains are still messed up. Commodities like oil, natural gas, grain, neon, nickel, etc. are all out of whack, when they should have started to normalize finally.

Throw all of that on top of skyrocketing home prices and rising mortgage rates … and y’all gonna have a bad time buying a house anytime soon.

But what about more houses being built later this year, like Mr. Yun says? 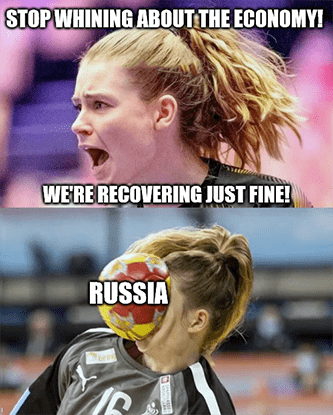 Oh, there’ll be more houses to sell later this year. Houses with higher prices due to higher commodity prices, juiced by inflationary pressures. What’s more, those houses will cost more to finance due to rising interest rates.

My question is this: How will Americans spend more on houses when we’re already spending more everywhere else?

Inflation has already sucked up any personal income gains Americans made during the Great Resignation (which is still ongoing, by the way). Where’s the money for a new home going to come from?

Now, you might argue that existing homeowners could tap into home equity or sell their homes for a profit to buy more stuff. But with mortgage rates rising, the cost of home equity loans and refinancing is going up too.

Furthermore, it doesn’t matter how much more valuable your house is if no one can afford it.

In other words, ya got trouble, folks! Right here in River City. Trouble with a capital “T,” and that rhymes with “P,” and that stands for pricey!

Editor’s Note: A $30 Trillion Shock Wave Is About to Change America Forever

A radical new technology could be about to send a $30 trillion shock wave across America. And according to a top trader and former World Bank economist, a tiny American company — which trades for less than $50 — holds the key to unleashing this technology.

Right now this little company is virtually unknown outside of tech circles — and several high-profile billionaire investors. But that could soon all change. 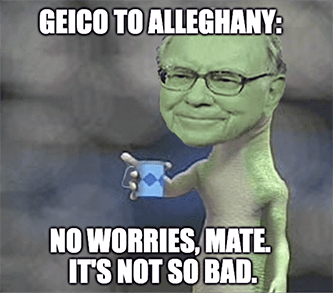 In what is possibly the most boring buyout in the history of buyouts … Warren Buffett’s Berkshire Hathaway (NYSE: BRK.A) has decided to purchase insurance company Alleghany (NYSE: Y) for $11.6 billion.

When asked about the “daring” decision to acquire Alleghany, the Oracle of Omaha himself boasted: “Berkshire will be the perfect permanent home for Alleghany, a company that I have closely observed for 60 years.”

Is it just me, or is that not really an answer…

However vague Buffett’s beliefs may be, the move does follow Berkshire’s usual M.O. of buying bread-and-butter insurance businesses with good growth prospects, like Geico auto insurance.

You could save 15% or more on car insurance by buying us outright … or something like that.

More importantly, Buffett’s response begs the question: If you haven’t researched your investment for 60 years … have you really done your due diligence? 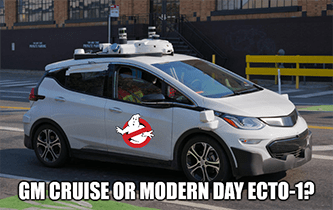 This brand-new Chevy with a lift kit … it’d look a lot better with self-driving tech in it. So GM, you’re a song, you make me wanna roll my portfolio down … and Cruise.

Is that … Florida Georgia Line? But Great Stuff, I thought you listened to, uhh, good country?

You’ll have to pardon the earworm today, but General Motors (NYSE: GM) is worming its way back into Great Stuff’s virtual pages once again. The automaker just announced it’s buying Softbank’s stake in its self-driving Cruise subsidiary.

The price tag? $2.1 billion. Softbank was supposed to dump another billion into Cruise to help with commercial deployment, but GM’s stepping up to the plate and nabbing full ownership. But why?

Well, with the company’s ever-growing push into electric vehicles (EVs) comes the need to automate those vehicles. With Cruise remaining in-house — and not headed for the IPO spotlight like Wall Street was hoping for — GM can better leverage the tech in its new EVs.

Or, as GM CEO Mary Barra puts it, Cruise will help GM “pursue the most value-accretive path to commercializing and unlocking the full potential of [automated vehicle] technology.”

As for Softbank? Well, I hope the tech investment firm doesn’t go and spend all that cash in one place… *cough WeWork cough*

But GM isn’t the only one spending massive wads of cash on self-driving. Almost every car company is betting on this new tech: Audi alone is investing $16 billion … GM, $27 billion through 2025. BMW? $35 billion. In fact, Google, Amazon, Apple and even the U.S. Army are investing in it.

In news that’s gone from bad to Boeing (NYSE: BA), a 737-800 passenger plane operated by China Eastern Airlines slammed into the side of a mountain over the weekend after rapidly losing altitude over Southern China.

While airline regulators still haven’t determined the cause of the crash, China is exercising caution and calling for all 737-800 jets to be grounded until further notice.

Now, it would be easy in this situation to start pointing fingers at Boeing because of its past problems with its 737 MAX planes. But the truth is that we don’t know whether Boeing’s manufacturing is to blame for the crash … and we won’t for some time.

The incident could have been the result of a design flaw, but it could have also come down to poor maintenance practices. There’s also the possibility that this was some random one-off event.

For this reason, I’m refusing to make a snap judgement call on Boeing before we learn the cause of the crash — and encourage Great Stuff Picks investors to do the same.

Does this look bad for Boeing today? Yes. It’s a tragic situation for all involved, especially with Boeing already working double-time to get the 737 Max cleared for flights again in China.

But, at this point, there’s no clear reason for investors to bail on Boeing stock. If you believe in Boeing like I do and bought into the company for its strong growth prospects, keep holding.

I hope you’re wide awake and caffeinated, Great Ones! It’s time for a lil’ thought experiment for today’s Chart of the Week.

Aw, I was told there’d be no thinking!

Don’t fret — there shall be no fretting on my watch. You might’ve seen this chart before, and if so, great! If not … even better!

We talk so much of commodity cycles, investing cycles and … ummm … Peloton’s stationary cycles, but when have we ever talked about emotional cycles?

Take a look below and tell me what your elf eyes see: 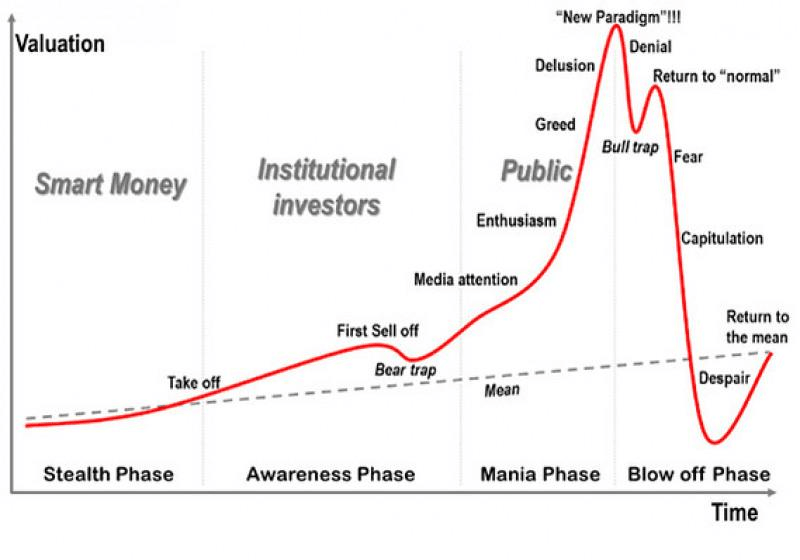 Take a moment to absorb all that visualized Greatness.

This very chart can depict everything from investors’ infatuation with the latest-and-greatest tech stock, high-profile IPO hype, the housing market … even the broader market as a whole. Especially the broader market.

Let’s face it, Great Ones: As much as I remind you to separate your emotions from your investments, most retail investors … just … don’t. And the more emotional a trader gets, the more susceptible they are to the massive blooms of mania like you see in the chart.

Remember all the times I’ve told you over the past two years that sentiment now rules the roost? That the market has become detached from all semblance of reality? Yeah … it looks like what you see above.

Now, I want you tell me which emotional stage of the investing cycle you think the market’s in now.

Like … actually tell me. Write in to GreatStuffToday@BanyanHill.com with your answer! We’ll come back to this (and your responses) later on in the week and discuss what’s what.

What? You’re not gonna give me the answer?

Where’s the fun in that? I want to know your thoughts … your perception and assessment of the current market malaise. So go on and rant away in the inbox!

GreatStuffToday@BanyanHill.com is where you can let your words fly like wind power and let your smarts shine … or something like that. 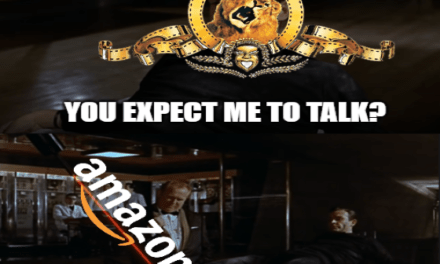 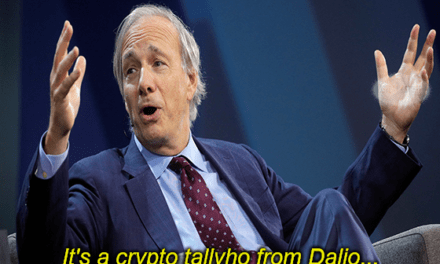