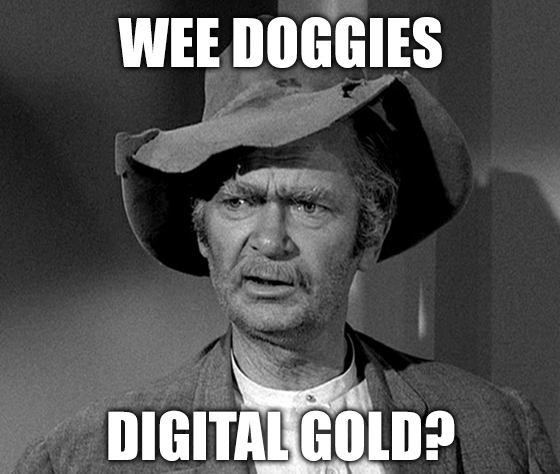 For the newly initiated in cryptocurrency, a stablecoin is a cryptocurrency backed by a “stable” asset or basket of assets, such as fiat money or commodities. In this case, the PAX Gold token is backed by … well, gold. (I guess you could have figured that out by the name.)

According to Paxos, PAX Gold is the “first regulated digital gold product.” Each PAX Gold token is physically backed by one troy ounce of gold, which is stored in a London vault. In addition to being spendable like every other cryptocurrency, these tokens can be exchanged on the Paxos website for currency, unallocated gold or gold bars.

The PAX Gold cryptocurrency is Ethereum-based. This means that customers will be able to use blockchain addresses to see a wealth of information about their gold, including serial numbers, brand code, gross weight and purity level.

Since we’re talking about cryptocurrencies today, I reached out to Banyan Hill’s crypto expert, Ian King, for his thoughts on PAX Gold:

PAX Gold (PAXG) is a security token — or a crypto asset that represents a real-world holding (similar to gold, but digital).

It’s also an example of what blockchain does best: It’s a digital ledger that keeps track of who owns what without the need for a middleman, such as a clearinghouse or a broker.

You can store your PAXG tokens on your desktop or thumb drive. They can be transferred anywhere around the world 24/7 with an internet connection. It’s as easy as sending an email.

This eliminates the middleman and is much easier than sending a brick of gold via UPS or paying the banking fees to move your holdings.

You can even use PAXG to pay for Pumpkin Spice Lattes wherever your barista accepts bitcoin, after a simple conversion.

The bigger story is that security tokens (crypto tokens that represent real-world ownership) will disrupt the way we buy, sell and hold real-world assets such as real estate, stocks, bonds and even fine art.

Anything that can be tokenized will be tokenized, as tokens can be programmed with the rules and regulations that clearinghouses and brokerage firms are necessary to enforce.

This will be as disruptive to the banking system as digital books were to book sellers. Banks won’t know what hit them…

The world of cryptocurrencies can be a scary place. But massive fortunes are there to be had for those with the right knowledge.

Ian King has the knowledge to help you rake in massive gains in cryptocurrencies. All you have to do is click here now to find out how!

The Good: Cruisin’ for a Bruisin’ 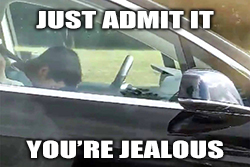 It’s that time again. No, not for the Animaniacs’ Wheel of Morality … though you’re not far off.

It’s time for another “Tesla driver asleep at the wheel” viral video. This time, the viral video depicts a Tesla driver and his passenger apparently sleeping while on the Massachusetts Turnpike. The vehicle was traveling at an estimated 60 miles per hour, and the video already has more than half a million views on Twitter.

As always, the media jumped right into the fray, raising safety questions about Tesla Inc.’s (Nasdaq: TSLA) Autopilot feature. Over at CNBC, they were quick to point out that Autopilot was implicated in three fatal crashes in 2018.

Now, I don’t want to belittle anyone’s accident. However … in 2018, there were 245,240 Teslas on the road. Three fatal crashes represents less than 0.0001% of those vehicles. What’s more, the U.S. National Safety Council reported about 40,000 fatal car crashes in the same year. It seems a little “clickbait-y” to be harping on Tesla’s safety concerns given these numbers.

While we have yet to confirm if this latest viral video is a hoax or not, the low rate of crashes involving Tesla’s Autopilot seems more like a major selling point than a fearmongering opportunity.

Overall, I remain neutral on TSLA shares. But that’s due to production and profit concerns … not autodrive features that should massively boost sales down the road.

The Bad: Have You Junked a Ford Lately?

Where I grew up in rural Kentucky, you’re either a “Ford guy” or a “Chevy guy.” There are little Calvins relieving themselves on blue ovals and bowties everywhere.

Today, the Chevy side is taking a victory lap. Moody’s Investors Service just confirmed what all the Chevy lovers back home already knew: Ford is junk.

Specifically, Moody’s cut its credit rating on Ford Motor Co. (NYSE: F) to junk status due to “considerable operating and market challenges” during the automaker’s restructuring plans. The credit-rating service said that Ford’s restructuring plans will cost about $7 billion, or $11 billion in overall charges, leading to negative free cash flow.

Moody’s did throw Ford a bone, though, noting that the company has “a sound balance sheet and liquidity position from which to operate.” Still, softening global demand in the auto industry remains a major concern.

The Ugly: From Pivot to Pause 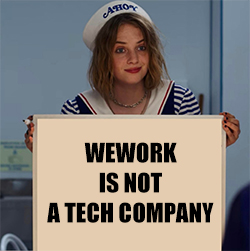 It was just last week that we were talking about how WeWork might slash its initial public offering (IPO) valuation from $47 billion to under $20 billion. Now, that IPO may not even happen.

WeWork’s largest external shareholder, SoftBank, is reportedly pushing the office-space rental company to pause its IPO process. According to reports, SoftBank is worried that a WeWork IPO lower than its private-market valuation could hurt its ability to raise funds for a second Vision Fund.

If you want the full list of all the negatives impacting WeWork right now, click here for Great Stuff’s Friday Four Play. For a shortened version of what’s wrong with the WeWork IPO … just see Robin’s sign in the meme.

Step aside, pumpkin spice lattes. The fall is now SPAM® Pumpkin Spice season. Hints of cinnamon, clove, allspice and nutmeg give this new, limited-edition variety a subtle sweetness. Fry it up with waffles, hash or eggs to make the perfect breakfast or brunch pairing. You’ll be so in love with this flavor, you might start calling it pumpkin.

Not only can you buy Pumpkin Spice Lattes with your PAXG gold, you can buy pumpkin spice Spam. To quote Ian Malcolm from Jurassic Park: “Your scientists were so preoccupied with whether or not they could, they didn’t stop to think if they should.”

I truly worry about the choices we’re making as a society. 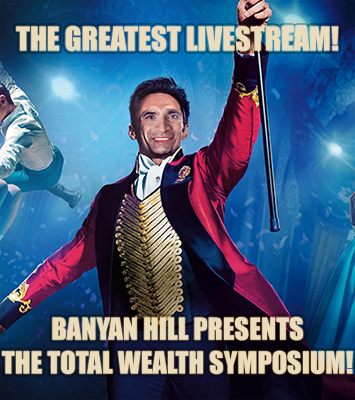 Can’t you just hear the intro song for The Greatest Showman?

Hugh Jackman whispering in your ear: “Ladies and gents, this is the moment you’ve been waiting for.”

I’m preparing to fly down tomorrow. So, if you’re attending, I hope to see you there!

The Total Wealth Symposium is a great way to meet and rub elbows with Paul , Ian Dyer, Ted Bauman, Jeff Yastine, Michael Carr, Ian King and the rest of the Banyan Hill experts.

This year’s symposium is being held in sunny Amelia Island, Florida. Unfortunately, tickets are sold out. (I told you to get those tickets I put on hold for you!)

However, you can live-stream the whole thing directly to your phone, TV or computer!

Past attendees have made massive gains from the advice given out at this annual event. It truly is the greatest live-stream … just replace Hugh Jackman with Paul , and you’re good to go.