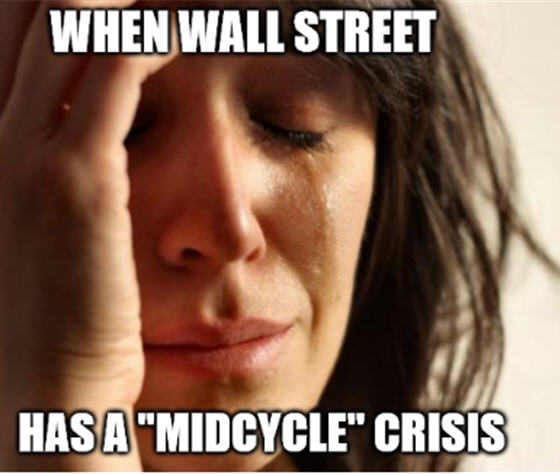 The temper tantrum appears to be over … for now.

Wall Street didn’t get exactly what it wanted, but it appears to have come to terms with what it got.

Let’s be clear: It wasn’t just the 25-basis-point rate cut that the market wasn’t happy with. It was the Federal Reserve’s language that more rate cuts likely weren’t coming.

Federal Reserve Chairman Jerome Powell initially called the cut a “midcycle adjustment to policy,” which Wall Street took to mean this cut was a one-and-done move by the central bank.

Like a 4-year-old being told to put down their tablet, Wall Street had a hissy fit and sent the market to its worst single-day loss since May.

But, also like a 4-year-old, Wall Street didn’t listen to the entirety of what Powell had to say: “I said it’s not the beginning of a long series of rate cuts. I didn’t say it’s just one or anything like that.”

Now that’s parenting language if I’ve ever heard it.

Me: “Lilly, it’s about time to stop playing on your tablet.”

Me: “I said it’s about time. I didn’t say you have to get off right now or anything like that.”

The market has finally listened to what Powell actually said. The “midcycle” debate is over … for now, at least.

The problem is that easy money can’t last forever. Interest rates were already low to begin with. There just isn’t a whole lot of room for more cuts.

Unfortunately for the Federal Reserve, the rest of the world’s central banks have a lot more room to work with in terms of quantitative easing. If it’s a global “race to the bottom” for interest rates and monetary policy, the Federal Reserve is at a considerable disadvantage.

Like any good parent, the Fed will eventually have to “take the tablet away.” And if Jerome Powell’s communication skills haven’t improved by then, we’re looking at one massive tantrum on Wall Street.

Finally, I promise we’ll get off the parenting kick tomorrow. It’s been that kind of week.

Good: You Heard Me! 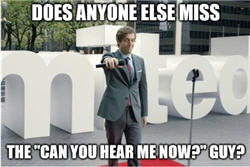 Verizon Communications Inc. (NYSE: VZ) has one of the most annoying spokespeople in the industry. Honestly, I never thought I’d miss the “Can you hear me now?” guy.

But Verizon isn’t letting its poor marketing decisions get in the way of subscriber growth.

In the second quarter, the company added a whopping 451,000 postpaid subscribers, topping the consensus estimate. Earnings also topped expectations, coming in $0.03 ahead of analyst targets.

5G was also a major talking point for Verizon this quarter. The company now has 5G access in six major U.S. cities and reiterated plans to target 30 cities for coverage by the end of the year. 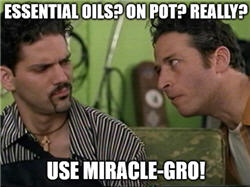 Well, here in Kentucky it does. It even grows alongside the road in certain counties. But I digress…

If you want to grow the best pot, you’ve got to fertilize your stuff, man. The Scotts Miracle-Gro Co. (NYSE: SMG) has you covered.

The fertilizer pro saw sales grow 18% in the third quarter, with earnings of $3.15 per share sending analyst estimates up in smoke.

After soaring roughly 10% on Wednesday, SMG shares are sleeping it off today. A bit of consolidation following a strong earnings report is just what you need to take advantage of this sleeping giant in the cannabis industry.

If you’re looking for big returns in the cannabis market right now, you really need to invest in the No. 1 marijuana stock of 2019. Click here to find out more. 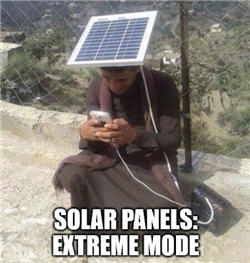 It might be best not to look at SunPower Corp. (Nasdaq: SPWR) shares directly today. The stock is blazing with the power of 481.9 million suns … or dollars, most definitely dollars.

The solar panel company earned $0.75 per share on revenue of $481.9 million. Wall Street was anticipating a loss of $0.19 per share. SunPower also raised its full-year earnings and revenue guidance.

SPWR is up nearly 35% following last night’s report. So far this year, SunPower shares have rocketed more than 200% higher. The stock is clearly a bit overbought after this surge, but a post-earnings consolidation could be the right time to buy.

First up, we have some kind words from E. Barris, who wrote:

Hi, I was just saying you’re a great writer!

And then we have S. Vidyaprakashananda:

Aww, that’s sweet. Thank you! I’m glad I’m writing this, because I just know I would butcher that last name.

Flattery will get you everywhere. Look, I’ve got a free stock pick below, just for you!

We also have a pair of readers with dovetailing ideas.

Mcsellis2 (yet another alias; I’m on to you guys!) wrote:

O’Riley’s commentary on Murphy’s Law was that “Murphy was an optimist.” As for the Street’s pundits and talking heads on the Federal Reserve’s interest rate cut, it is obvious that no good deed shall go unpunished.

There’s an interesting correlation between these two comments. The U.S. dollar surged following the Fed’s “midcycle” rate cut. As history shows, a stronger dollar is often bad for gold prices.

Things aren’t too out of hand just yet, but if the Fed doesn’t follow through with another rate cut or two, and the rest of the world races to the bottom, Jmj320 just might be on to something.

In other words, the Federal Reserve’s “good deed” could punish gold bugs in the long run.

That’s it for today’s mailbag. Got something you’d like to see in Great Stuff? Email me at GreatStuffToday@banyanhill.com.

Investing in health care companies has long been an excellent way to grow your money over the long term.

However, if you’re invested in the health care sector, there are three words that probably have you extremely worried: “Medicare for All.”

While health insurance companies could be hit hard if Medicare for All becomes a reality, the rest of the health care industry could see a significant boom due to increased access, diagnosis and treatment.

One area that stands to benefit significantly is diabetes treatment. According to the World Health Organization, more than 1.9 billion people are overweight. About 600 million of those are considered obese and at risk of Type 1, Type 2 or gestational diabetes.

The U.S. has the highest at-risk population, with about 100 million diabetic or prediabetic adults.

Insulin is the most popular treatment for diabetes. But we’re not investing in insulin directly. Pricing on insulin is too hot of a political issue.

No, we’re diving into insulin device-makers, which are looking at a total market of nearly $22 billion by 2026.

Insulet offers the popular Omnipod System. It consists of a tubeless, self-adhesive pod that delivers insulin to the body. The pod is programmable via a wireless handheld device. Since previous insulin delivery devices required tubes and body implantation, you can see why the Omnipod has become so popular.

It’s no wonder Insulet saw revenue grow an average of 31% during the past year. That figure should continue to grow after Insulet secures Omnipod device coverage for Medicare and Medicaid members in the first quarter of this year.

What’s more, Insulet has shown impressive earnings growth in the past year as well. In the prior four reporting periods, the company bested Wall Street estimates by an average of 210%!

That’s some serious growth … and due to Omnipod’s rising popularity, it’s happening with or without Medicare for All.

However, investing ahead of earnings can be a risky proposition. If you have the risk tolerance, buying into PODD shares now could net you a tidy sum if Monday’s report follows Insulet’s pattern for the past year.

If you’re not a risk-taker, then there’s no harm in waiting until Tuesday to add PODD to your portfolio. You might miss out on some short-term gains, but you’ll still be in good shape for the long term. 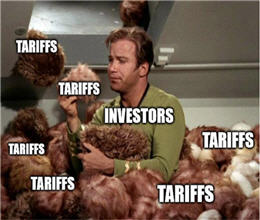