The audience sat in stunned silence.

That’s because tech expert Paul ripped away the curtain on a new technology that experts are calling “one of the most significant discoveries since fire” and “the last innovation we’ll EVER need.”

When Paul delivers a presentation recommending a specific stock, it pays to listen.

The last three times he did this, the stocks saw peak gains.

But as Paul made perfectly clear in his live “Tech Talk,” this innovation is bigger — much bigger — and those who get in during these early stages could amass a fortune greater than anything we’ve seen in human history. 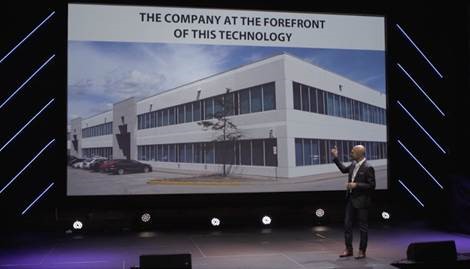 During this presentation, Paul will reveal why this emerging tech industry is expected to surge from a $20 billion market to $15.7 trillion — a 76,000% increase.

He’ll demonstrate exactly why the world’s biggest businesses are reinventing their entire businesses to become the world leader in this tech.

And most importantly of all, he’ll reveal the little-known Midwestern company at the forefront of it all — and why the highest paid money manager on Wall Street has dumped nearly 20% of his entire portfolio into this ONE stock.

Never one to mince words, Paul says that buying this company now, while this technology is still in the early stages, could set you up for a multimillion dollar windfall in the years ahead.

This industry is poised to go parabolic, and if you wait, you could miss out on the biggest money-making opportunity since the birth of the internet.

To Learn More About This Company, and the Exciting Industry Poised to Surge 76,000%, Enter Your Information Below