“The Big Breakthrough That We’ve Been Waiting For”

A world-renowned high-tech investment analyst — who has been turning millions into billions for Wall Street hedge funds and top European banks for decades — is about to make a major announcement. 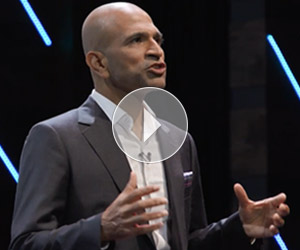 His name is Paul .

And he’s contacting you today to tell you about a radical new technological breakthrough that is about to change everything.

It’s the kind of breakthrough that only comes along once in an epoch.

And it promises to prove as important as the invention of the printing press!

As Marc Andreessen, the creator of Netscape, recently said:

“Oh my god, this is the big breakthrough that we’ve been waiting for.”

Out of it will erupt one of the biggest investment opportunities of all time.

You can learn all about this investment opportunity in Paul’s latest eye-opening video presentation.

In it, he reveals startling details about a little-known tech company that is about to run its rivals off the road … overtake a powerful Silicon Valley monopoly — toss it off its DOW 30 throne — and dump it (along with its other competitors) on the side of the information superhighway.

Paul is convinced that this overlooked and undervalued little stock is set to become “Silicon Valley’s next great high-tech superstar.”

And a major news outlet just named it:

“The hottest stock of the year.”