Imagine a world with no cancer. No Alzheimer’s. No diabetes. No heart disease. No Parkinson’s. No arthritis. No chronic disease period.

Yet a rogue group of scientists have cracked the “God code” … a term used to describe the very DNA that makes each person unique.

The Wall Street Journal declares that this breakthrough will ignite “a health revolution.”

Bill Gates, the co-founder of Microsoft, and Jeff Bezos, the founder of Amazon, are pumping millions into this breakthrough. 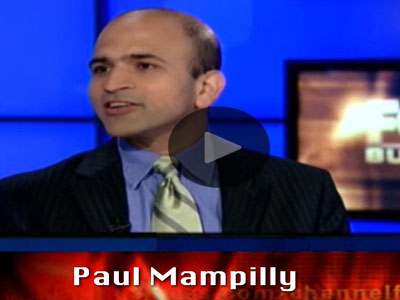 That’s because there is no person alive that this “God Code” cannot help. Even those who are perfectly healthy will be able to live longer and healthier than they ever thought possible.

World-renowned biotech analyst Paul has spent the last six months researching this breakthrough and analyzing the company at the center of it all.

Now to be clear, Paul isn’t a doctor, he’s not the head of a health research institute or a scientist from a fancy Ivy League school. But for the last 20 years he’s made millions for himself and his clients as a biotech analyst on Wall Street.

A few of Paul’s winning trades include 355% gains on Exact Sciences Corporation … 696% gains on Ariad Pharmaceuticals … and 2,549% gains on Sarepta Therapeutics.

As Paul says, this is thanks a radical new health care bill – called the 21st Century Cures Act that Congress recently fast-tracked. This bill ensures that nothing gets in the way of this breakthrough breaking through.

And those who are “ahead of the story” – those who invest before the “God Code” is used in every laboratory, every hospital and every medical center in the world – stand to make millions in a very short time.”

This is the type of opportunity most investors dream of and you have the rare opportunity to get in on the ground floor.

I urge you to take a few minutes to learn more about this breakthrough and to find out more about the company at the forefront of it all … Click here for all the details.