This “Millennial Secret” Is Minting Millionaires (You Won’t Believe How)

What image comes to mind when you hear the word “millennials”?

If you’re like millions of Americans, you likely think of kids who live at home … need safe spaces … and demand 6-figure salaries like they’re a God-given right.

Whatever image comes to mind, iconic investors on Wall Street see them in a completely different light – one that has the ability to mint more millionaires than any other time.

Take for instance Warren Buffet – one of the richest investors in America’s history. Buffet says millennials are feeding “America’s golden goose as it lays MORE and LARGER eggs.”

Bill Smead, portfolio manager of the $1.1 billion Smead Value Fund, put his money where his mouth is by investing $732 million in what he sees as huge “chance to get rich” on a massive move by millennials.”

And Wall Street legend Paul Mampilly, who Kiplinger calls “one of the most original minds in the investment business today” and had his $6 billion hedge fund names “one of the World’s Best” by Barron’s, didn’t mince words when he said: “Millennials are a massive force that will usher in the biggest bull market in history … bigger than every bull market before it, combined.”

It’s a force he’s used to grab a $38 million profit for the prestigious Templeton Foundation, in addition to quietly grabbing gains of 634%, 696% and even a rare 2,539% for his own account.

But as great as these gains have, Mampilly says they are nothing to what’s about to unfold in the weeks ahead. “The last time an economic force like this hits the markets, it sent extraordinary stocks like Wal-Mart, JDS Uniphase and Dell Computers soaring as high 27,504%, 28,894 and even 91,863%.”

While nothing in the market is guaranteed, in a new video, Mampilly unveils this secret millennial force and how it’s already doling out triple-digit winners for everyday folks just like you.

He explains in plain English how “this new bull market will mint more millionaires than any other bull market in history.”

And more importantly, he shows you exactly how easy it is to be one of them. 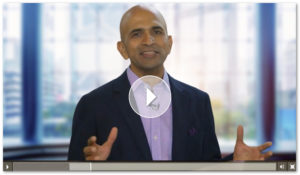